So you've been creating tracks on your laptop for a while, but you're wondering what all the fuss is about with music production hardware? Well, fear not, we've enlisted the help of music kit marketplace Reverb's very own production expert Fess Grandiose to chat through how to get started with your very own home studio.

First of all, why switch to hardware? Modern Digital Audio Workstations (DAWs) are capable of doing just about everything the traditional hardware set-up can do. Brands such as Roland, Korg, Pioneer and Moog have even started to release digital plugins that allow the recreation of their hardware in a digital format. "Honestly it makes us more creative when we have limitations I think," Fess says.

"When you're producing on the computer you're using the same thing you make calls on, write emails or check your social media. As it turns out, those things can be distractors towards your creative process. The cool thing about hardware is that you can take a break — some pieces now are even battery powered — so you can get on a couch and just write some tracks, it's a far more tactile way of producing music."

"I'm definitely speaking from experience as somebody that has done this transition. I started out like most producing in software, by circumstance, it was all I could afford. But then when I became able to afford hardware, I was still primarily choosing the software route just because of its convenience. Then all of a sudden, I got my first Akai MPC — my creative output started to really change."

Of course, affordability and sustainability are massive factors that would deter many a budding producer from making the switch. Reverb provides a great solution. Started as an online marketplace for music-specific kit — Reverb has a massive array of studio products to match every price range, made up of mostly second-hand pieces sold from buyer to seller. Firstly allowing first-time hardware producers to have the opportunity to test out kit, and sell it risk-free if it isn't right for them — and ensure music production equipment doesn't end up in landfill, by providing a great space to make use of older pieces.

"It makes it easier for music makers to do their bit when they are using this marketplace model," Fess says, "In addition to that, you're able to get your hands on something that probably isn't made anymore, but also offers something a bit different than what most modern gear offers now. The old way used to be this cyclical nature of musicians buying and selling used gear, and it's naturally sustainable — that's really cool. There are already a million synthesisers in this world already, so why do you need a new one?"

We asked Fess to narrow down five essential pieces of kit to help you get started as a hardware musician, check them out below. 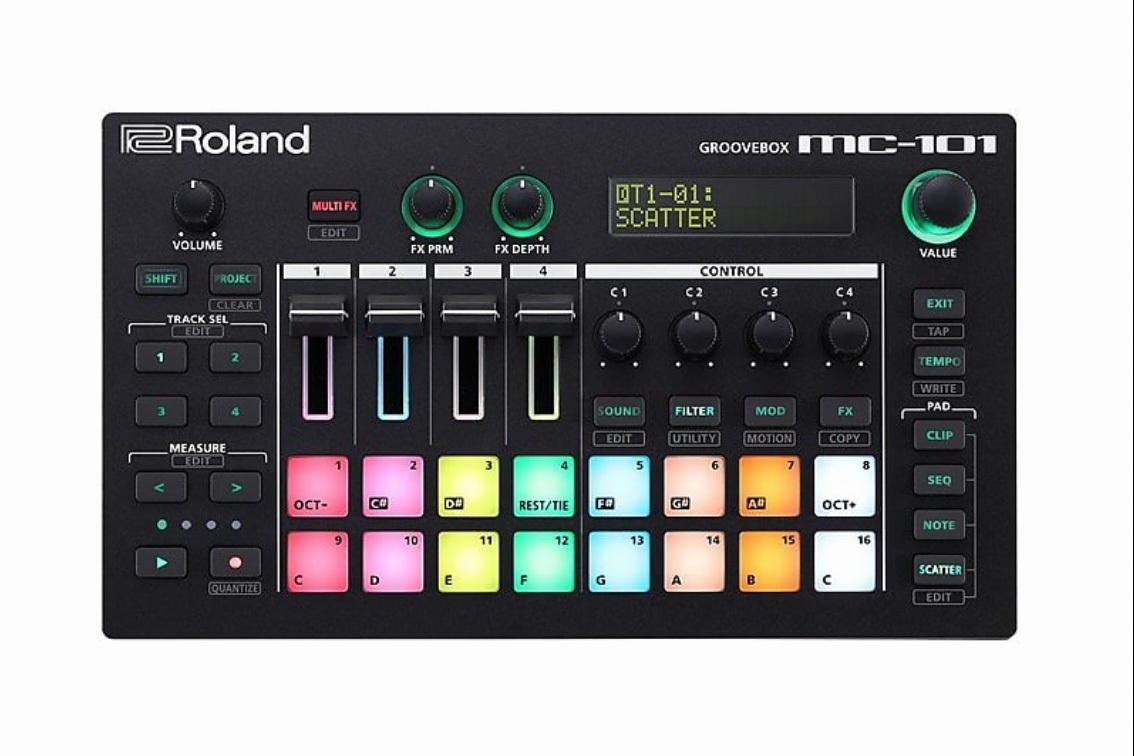 "If you're making that transition from software to hardware — or coming from the 'box' as we say here at Reverb," Fess says "groove boxes are a great way to start." Instead of purchasing individual pieces of kit: such as a sequencer, a drum machine or a synthesiser, a groove box provides access to these all in one product. "Groove boxes offer you tonnes of sound choices and instrument choices within the actual gear itself. You're not limited to having a synthesiser that can only play monophonic leads for example. Also, you're getting a sampler that can sample whatever sounds you want to with a synth engine that has cool sequencing tools — a big help if you're not familiar with music theory," Fess continues.

The advantage of the groovebox is it provides an easy transition for those who are using DAWs and more combined computer software — providing a cheap way to create entire tracks with just one piece of kit. Despite pre-dating the more modern methods of creating electronic sounds — we're looking at you Roland MC 202 — Fess tells us there's never been a better time to get into using a groovebox.

Read this next: The 13 best earplugs to protect your hearing in the rave

"Grooveboxes are at their highest point right now in terms of development, they've never been better — there are lots to choose from, that can help complete beginners manoeuvre around and be able to make fully realised pieces of music." 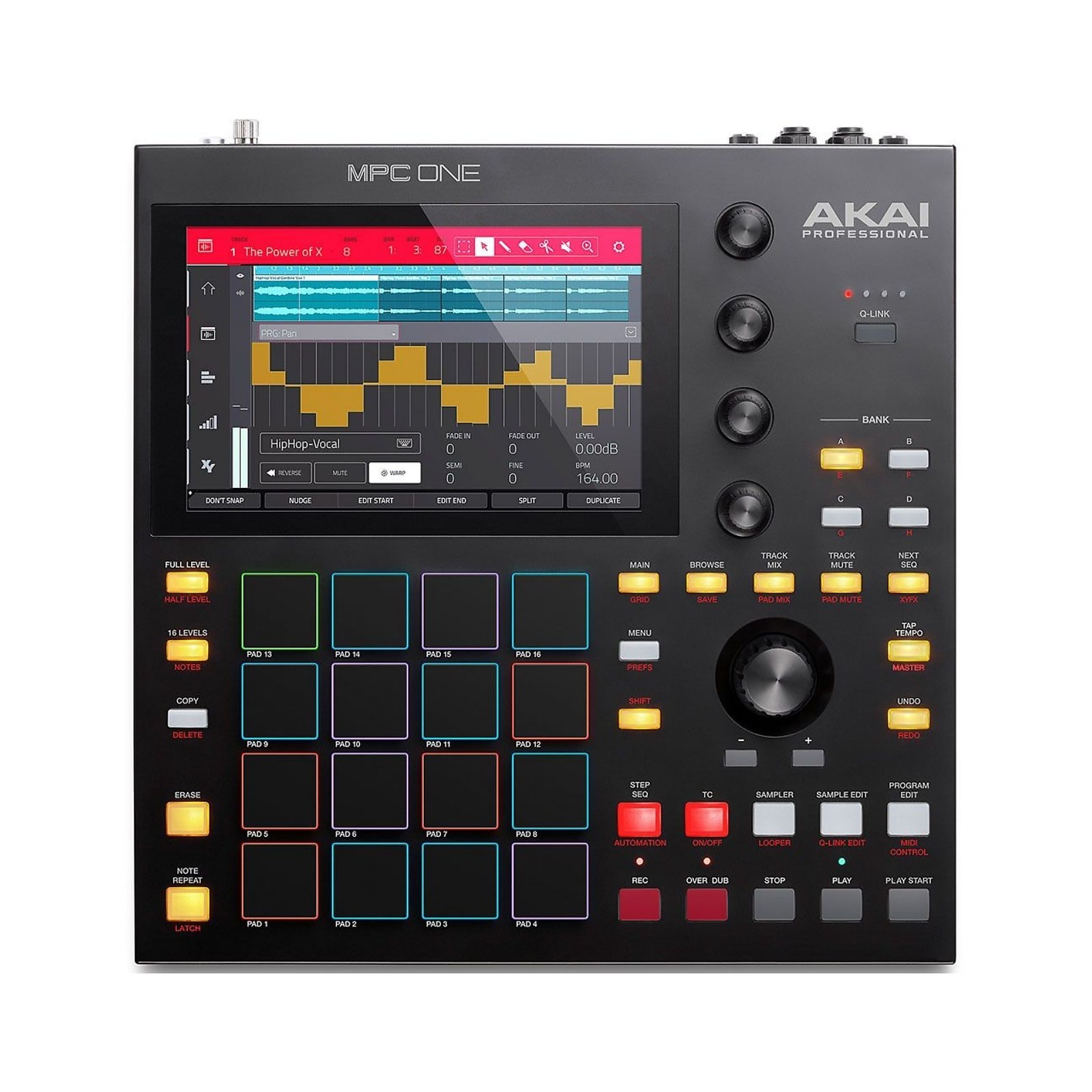 Similarly to the groovebox, a production station — like the Akai MPC — gives you access to a range of kit, with the exception of the inclusion of a synthesiser. But what a production station lacks in synth it makes up for wholly with its ability to intricately layer multiple samples throughout your productions.

"You can add drums and other types of organic sounds and arrange those into full tracks" Fess says, "Usually with production stations the big advantage over say, a groovebox, is that it gives you the ability to in one piece of kit actually arrange and create full tracks — rather than just elements of tracks. You've got the ability in one piece of kit to mix, create beats, add samples and sew it all together neatly."

We recommend this Akai MPC One Standalone Music Production Centre/Sampler, available for £589 (around HK$5,640) 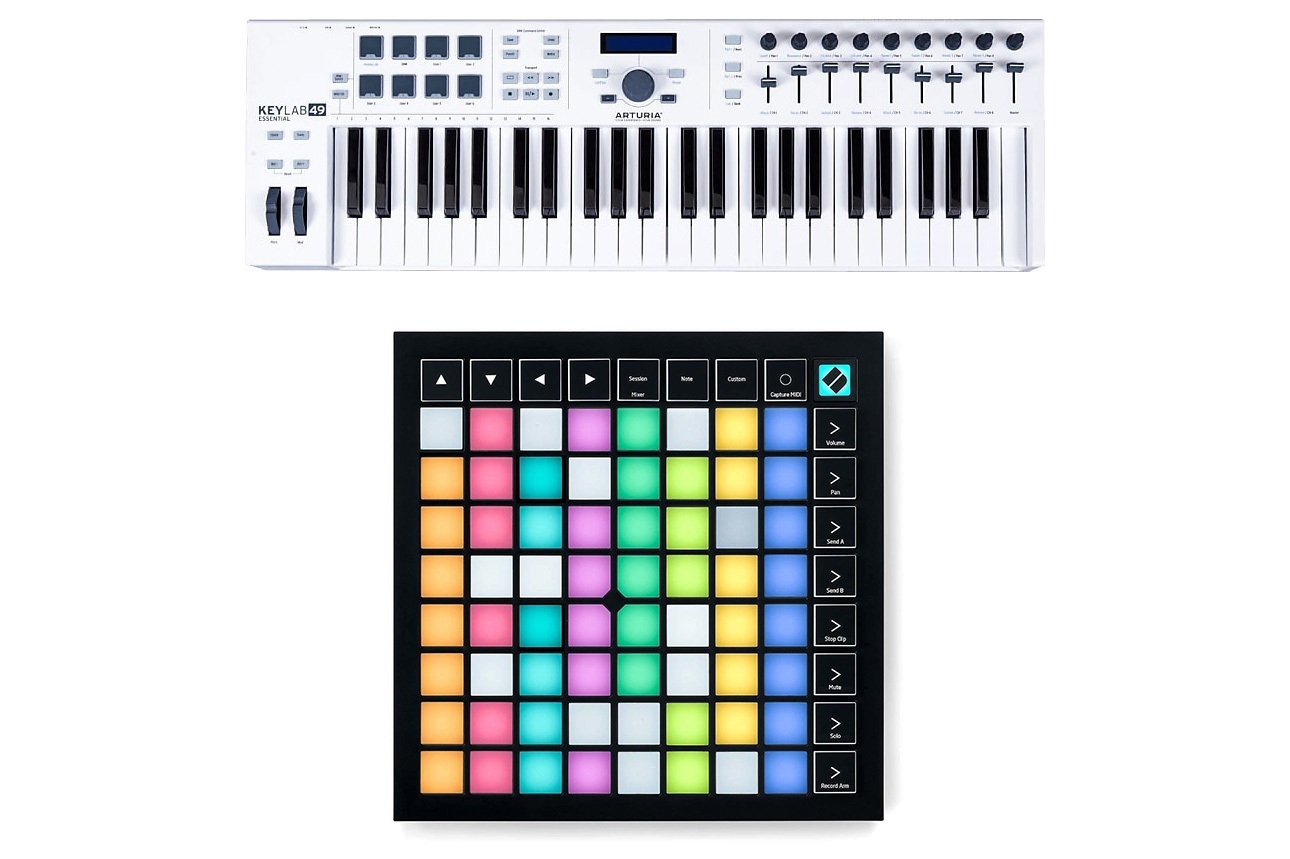 Now we're in the big leagues. For those wanting to really make the transition, look no further than a MIDI keyboard — and feel the music being made under your fingertips. "I think for people who want that real tactile experience you can't really beat a MIDI keyboard — or a MIDI pad bass controller," says Fess.

If you've only ever made music on a computer, the chance is looking at the ivory-painted keys of a MIDI keyboard may seem quite daunting — but most are now designed with digital connectivity in mind, allowing buyers to really mix between a traditional set-up and more modern possibilities.

Read this next: 5 best beginner synths

"It's a real shot at the hardware experience. If you try out on a MIDI keyboard then you'll have a lot more of a sense of if you want to push it to maybe looking into synthesisers or something more advanced. There are so many price points and so many different offerings that will give you an ability to arrange and record and loop." 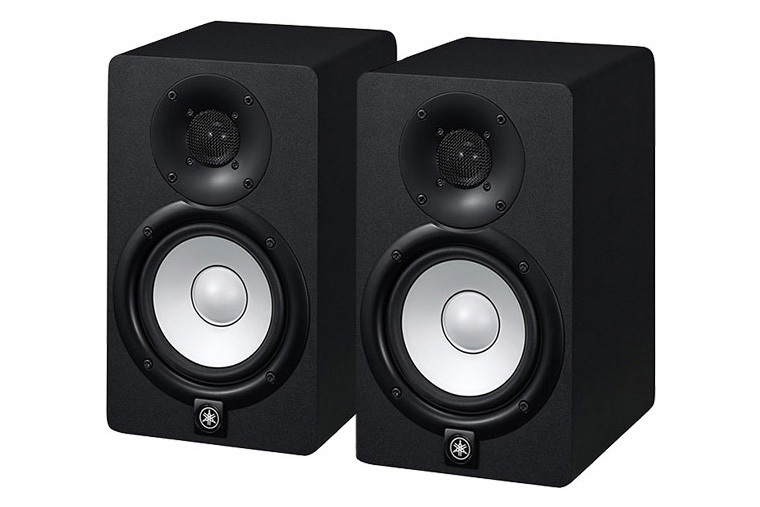 An "essential" that is commonly overlooked, according to Fess, is to invest in a quality pair of studio monitors. "It pains me when I hear people say they've produced entire tracks using earpods... you need a real solid pair of monitors so you can actually hear the flow, and any discrepancies, within your tracks. When you build up experience with mixing and understanding what you want your music to sound like, you realize actually speakers are probably the most useful part of your set-up."

Fess says the good thing about monitors is that they usually keep their value, "you can just resell them if you don't need them anymore, they will always be valuable and useful — people will always buy Yamahas and you'll get good mileage out of them." 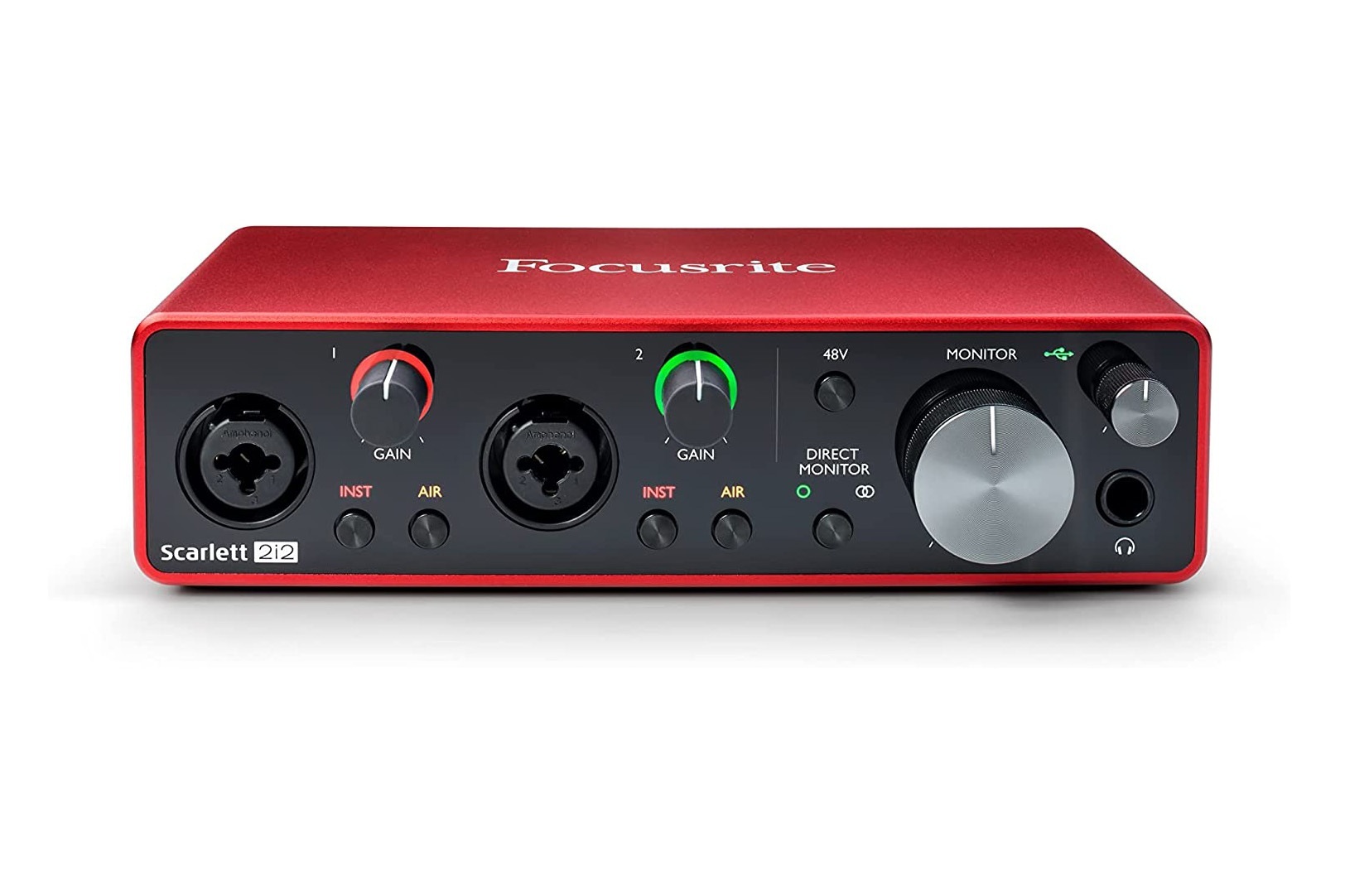 Finally, Fess says, if you're going to invest in good audio equipment — then you should get yourself an audio interface. This nifty bit of kit converts microphone, speaker and instrument signals into formats your PC and any software on it will recognise... gone are the days having to manually convert audio files into something you can use.

"it just completely changes the way you work," says Fess. "Once you have an audio interface, if you have any piece of hardware you can fully intergrate everything you're doing. I would say the audio interface and your monitors are really the beating heart of most home studios. If you have those two —whether you're recording vocals, or whether you're plugging in hardware into that working with a beat with a digital audio workstation — you're already well on your way to being able to create full pieces of music and release them to the world.

For more of the very best deals on music-making hardware — head to reverb.com/uk/