Last week, visuals of Eric Prydz playing in China clogged our feeds. It wasn’t actually Eric Prydz, it was a hologram-style livestream that looked very, very real. Alongside Alesso, Prydz headlined CEA Festival in Chengdu, China to an audience of somewhere around 15,000 people over two days. The festival took place over Golden Week, which took place from October 1 - 8 this year.

Both of the above statements might sound a bit far-fetched, but in fact, they’re not at all. First of all, Prydz is no stranger to holograms (neither is the world to livestreams by this point) and second of all, in case you haven't heard, China’s music scene is back in full swing. So much so that according CEA's organizer Paul Neuteboom, managing director of Brotherhood Music (BHM) and operator of Creamfields and Q-dance in more than 12 cities across China, CEA was just one of 22 festivals that took place over Golden Week.

That’s right. While the rest of the world is in the thick of a pandemic, China threw around two dozen festivals.

Despite being ground zero of the coronavirus and the first epicentre, China’s quick reaction and strict but effective measures curbed the spread of the virus within China very quickly. Today, China has made its way down from number 1 to number 50 in the world with around 85,000 cases to date and no locally transmitted cases for 44 days as of writing.

As such, some semblance of normalcy has set in across many parts of China. Nightlife has already been in full swing for several months, and now, it seems large scale events are also back. That said, line-ups are all local (not a bad thing) and Prydz and Alesso were the only two international artists to “appear” at the festival.

“Because borders are closed, we cannot have international acts perform in China as of yet,” said Paul to Mixmag Asia. “So from early on, we had been discussing ways to integrate technology at our festival and having headliners appear as a hologram or livestream. Also, Prydz is not exactly a frequent flyer, and it has been a personal dream to bring him to China for many years, so it was a great opportunity to bring a legend like Prydz to China. And despite it being a stream, it was legendary! The music, the show and him appearing as he did really was mind-blowing.”

CEA Festival, which is short for Charming Eastern Awakening, drew around 7,000 people on one day and 8,000 on the second — a good number despite the circumstances. “We were allowed to have more people, but we are happy with the numbers and especially that we had no incidents and that literally everybody, from artists to the crowd, was smiling from beginning to end. We were back and the music was playing over the fields again, and that was the most important thing for us.”

The festival itself went very very smooth without any incidents or hiccups. “It was not an easy one, but definitely one that's going to be remembered for a long time to come. We also learned a lot in coordinating with local authorities and different groups on how to move forward from here. It wasn't easy, but overall a great experience with a lot of positive lessons learned.”

Despite the low number of cases in China, the nation is not one to let its guard down, and this mindset was echoed by the organizers who still employed a very strict health and safety guidebook for the event. It helped that We Chat, a popular Chinese social app, already provides its users with a health code and every city gets its own QR-code, also known as a localised Green Health code. “This, in combination with very strong and extensive testing policies, track and trace measurements and strict measurements regarding the Green health code at literally every public place from shopping malls to restaurants, makes people feel like the situation is under control. We integrated these measurements into our festival and of course had strict protocols ourselves with respect to disinfection, supplier handling and area control like backstage and in and around the VIP. It took a lot of coordination during the preparation stage, but nobody complained about this at the festival and it all happened without any incidents.” 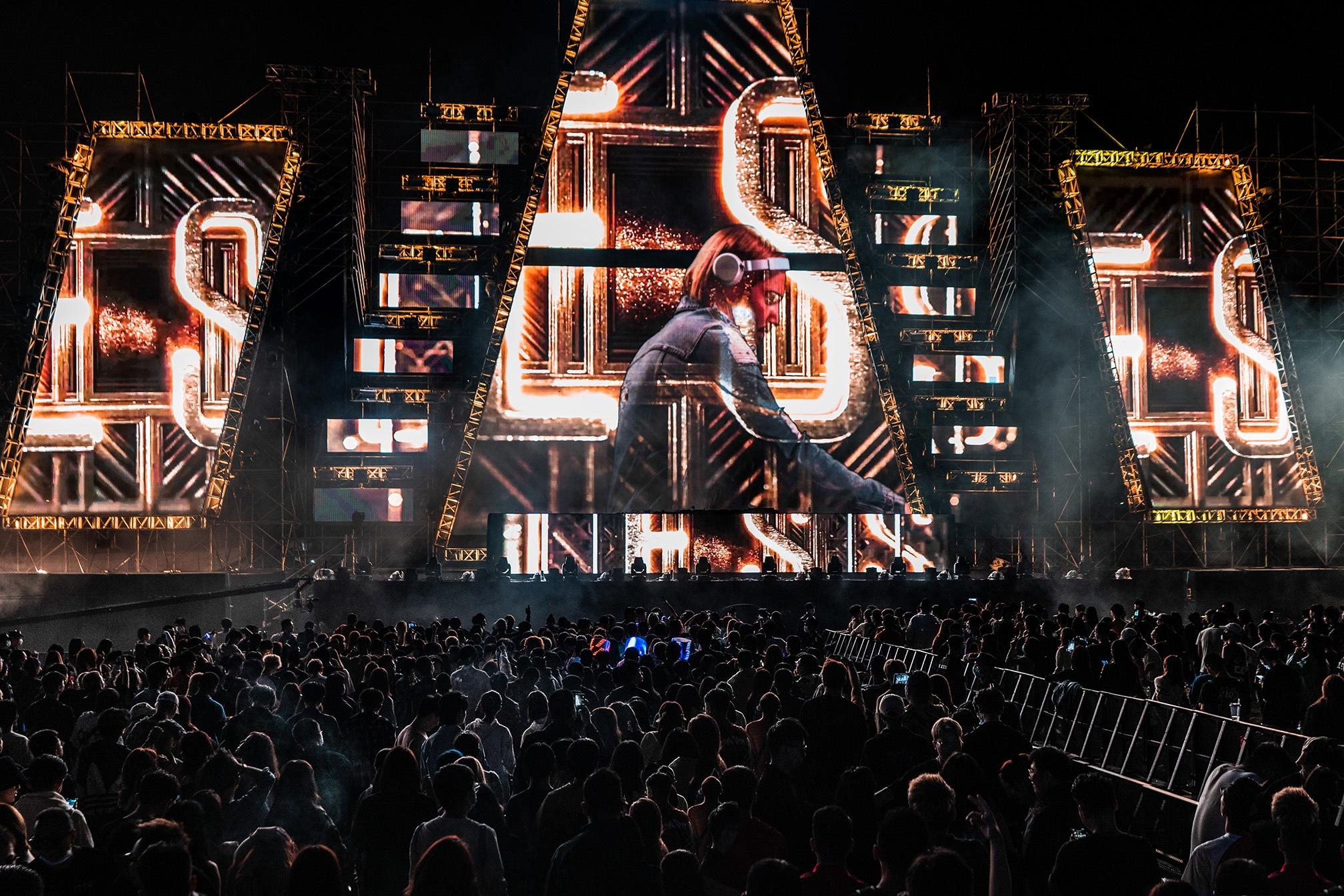 Actually, for Paul, this wasn’t even his first event. “Our first live-event was in May, but it was very small and a bit under the radar. Across everything that we've done, while it was good to be back, people are still quite careful and events were missing a free and vibrant atmosphere. It took a few months for people to get back into it, but at CEA Festival, there was no fear anymore — only happiness and a sense of relief."

CEA had originally been slated for earlier in the year but saw several postponements due to the pandemic. For months, Paul and his team struggled as all sorts of plans were made and broken, but still held hope that they could make something happen this year. And finally, they did. “The green light only came about six weeks before the re-re-rescheduled date (October 3 and 4). Preparations were horrible as things kept on changing and of course, things nowadays are very uncertain.”

For Paul and organizers of other festivals like Strawberry Music Festival in Chengdu, Beijing and Chongqing, Phoenix Music Festival in Qingdao, Dreamland Festival in Yinchuan and Ningxia Dessert (all festivals that took place over Golden Week as well), the holiday occasion was a good time to trial large scale events as they were expecting a lot of travel within the country. With new cases of the novel coronavirus low and international borders pretty much shut, Paul says the government expected hundreds of millions of people to travel just within the China. “It was a great moment to show people that the virus is pretty much under control and therefore also allows for more people to visit tourist spots, exhibitions and yes, also festivals. It’s for this reason that all these events took place around the same time.”

“It also must be said that this was a very specific timing, potentially to be seen as a test whether or not all was possible without incidents. Also in China, we are careful of a potential second wave, so I’m not expecting many events or permits in the coming months. From here, we're just focusing on next year (with hopefully more possibilities in terms of international acts and greater capacity for instance).”

With winter approaching, this round of large scale events was likely the first and last to take place in China this year. Instead, Paul says the focus will be on domestic talent, creative shows and bettering customer experiences. “The coming months might require clubs, artists, organizers to be more innovative and creative — but that is definitely a good thing!”

“It’s all positive as this time will allow local acts to grow and get more opportunities, however, it's up to our local acts themselves to truly grasp the opportunities at hand. This is the moment to focus on music or being creative and differentiate as an artist. I see a handful of artists doing really really well during this period, but unfortunately also many not taking advantage of this. There is so much creativity and talent within China and Asia as a whole, I'm really hoping we will see much more of that as a positive outcome of all this!"

He adds: “However it must be said that there's still some uncertainty ahead. This was a good positive step forwards, but we are still careful moving forward and taking it step by step.”