2020 has turned into an unusual, unpredictable and extremely pivotal year for everyone on this planet. The great hardship is that a large part of the issues we face are out of our immediate control. On the flip side, the world of creativity has suddenly spurred, with people having more time on their hands to put their minds to work outside of the rat race. We found ourselves tuned into a select number of up and coming artists across Asia who got our attention through their exceptional artistic endeavours and attitude. In no particular order, get to know these cats if you don't already. 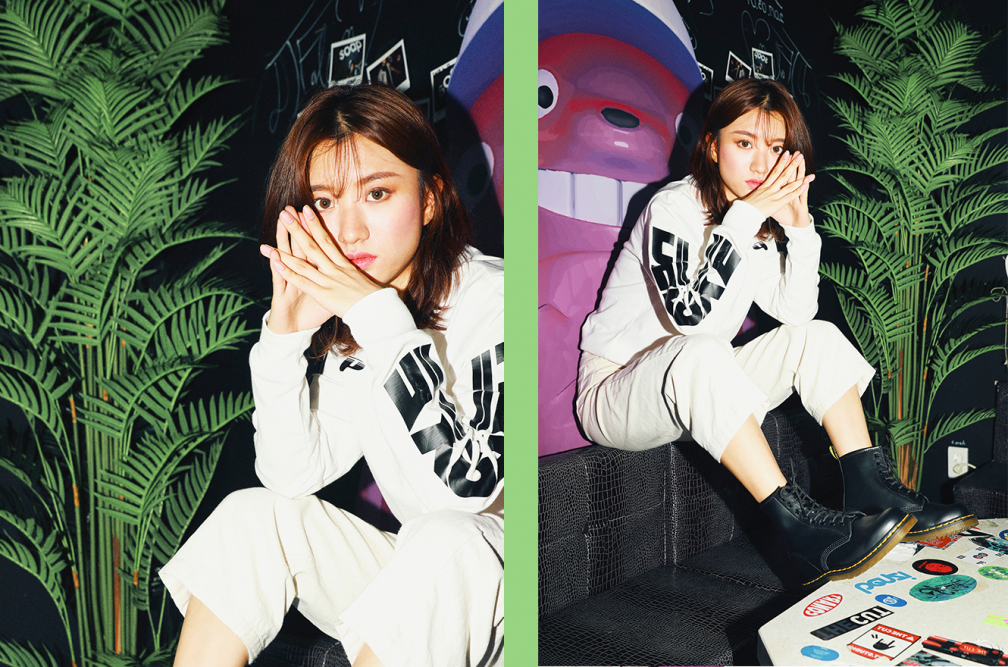 Didi Han been hunted down by trailblazing brands from around the world, helped spearhead a collective called Deluxe Soul, runs a residency called Peaches and still has time to make it around Asia to play for her ever-growing fan base. Her sets are dreamy, fun and unique, and Didi is never shy to make an impactful opening, like we heard from her at Mixmag Asia’s official launch party in Bam Bam (Ho Chi Minh City) in November 2019. Have a listen to that quirky set below. 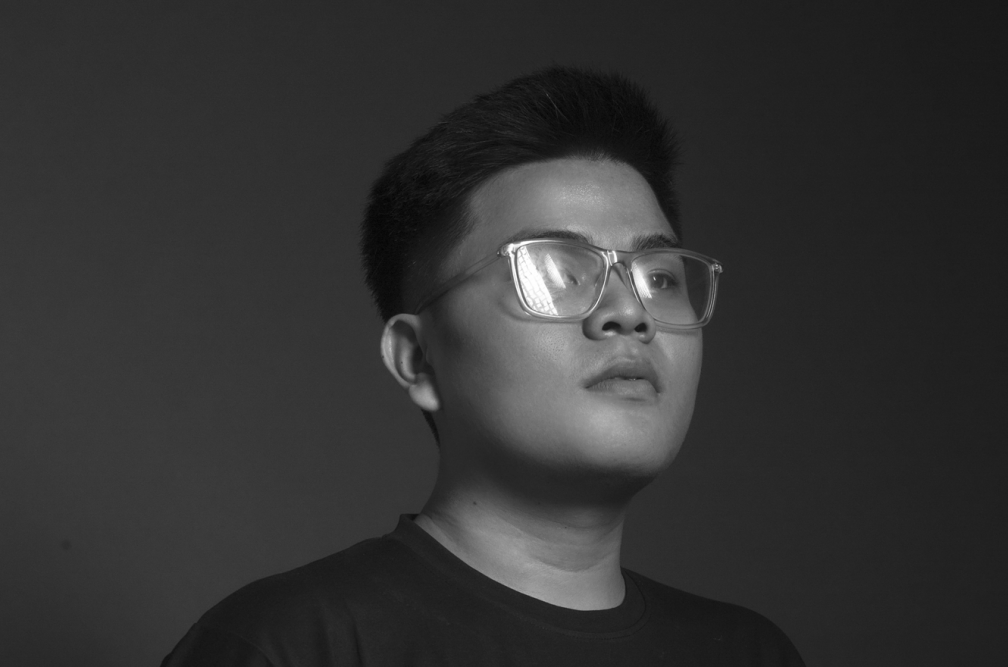 Anh Vy is certainly not a newcomer to the scene, that is if you consider Saigon’s underground techno and house scene to be an adolescent one. He was one of the first, and still remains today, resident DJs at The Observatory — the city’s answer to a quality underground that is internationally appraised. Anh’s style is versatile, but he leans heavily on groove-driven techno. We expect big things to come from him, and you can hear why from his submission for Mixmag Asia Radio 002. 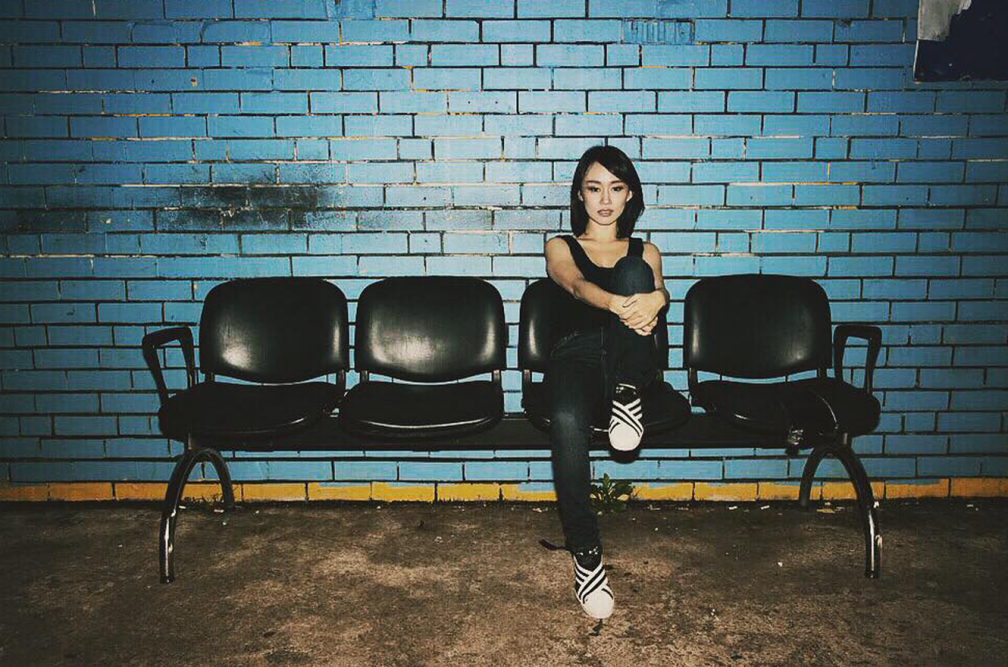 Japanese-born Apsara has transported herself across the globe, starting from Tokyo to San Francisco, and now basing herself in Jakarta. She’s no stranger to the globetrotting antics of the modern DJ, having played prolific sets at Tomorrowland, Ruby Skye in San Francisco, Avalon in Los Angeles, Womb and Air in Japan and a heap more of stages across the globe. Her musical tip is underground dance, mainly melodic techno and house, having released on ZeroThreeMusic, Safe Record and Plus Records just to name but a few. Her most recent release, Impala EP, is a surefire melodic driver with anthemic afro-tech substance, have a listen below. 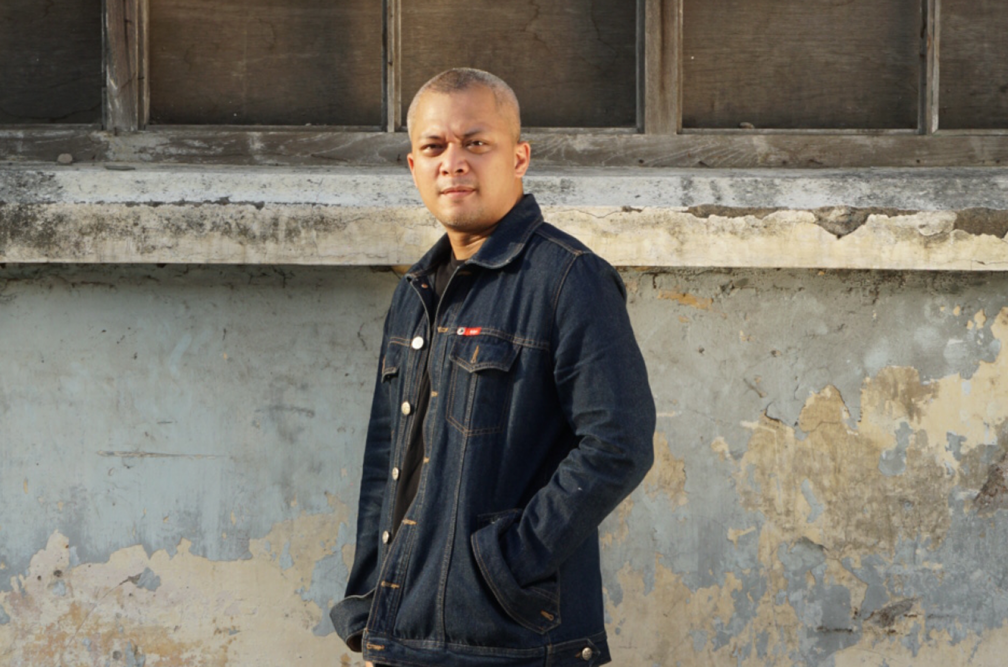 There’s more techno happening in Jakarta than you can imagine, and Ecilo takes his techno as serious as Detroit. His roots as a DJ are deeply stemmed in rare disco, jazz and soul, but he has managed to cross over that sensibility to the studio to produce a no-nonsense style of techno, that is tinged with jazzy elements, acid lines and jacking power. His most recent productions come in an EP collaboration with fellow wingman Thomas Barnett, and was featured as a Mixmag Asia Premiere in March 2020. Have a listen to Ecilo’s intoxicating fury on his most recent release titled ‘Future Acid Poem’ below. 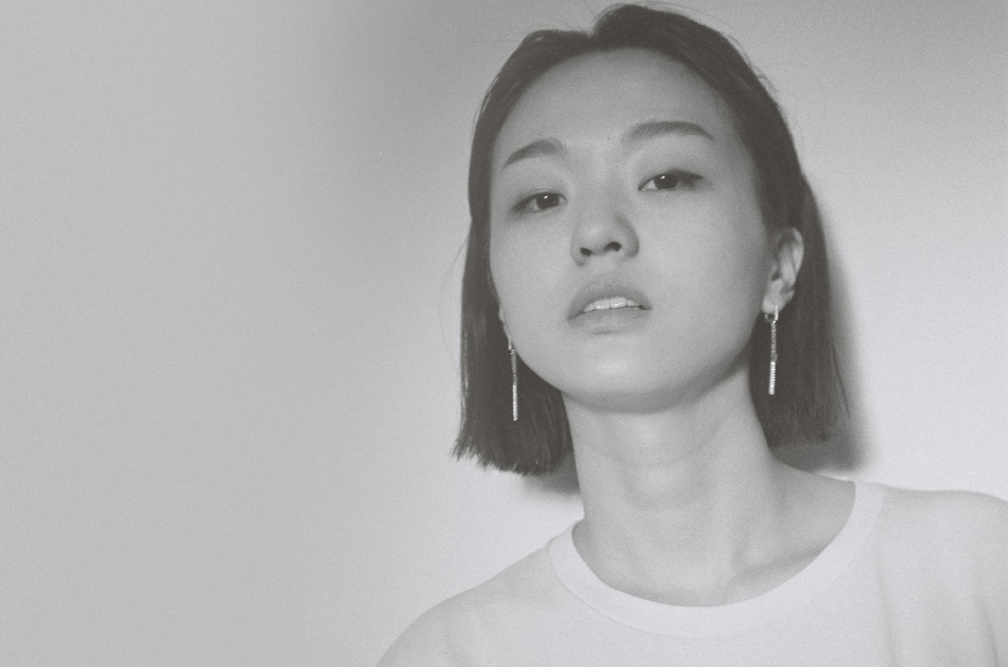 There’s been an ever-increasing amount of hype around Park Hye-Jin, and mainly because she is truly a breakout artist in all forms. She delivers a package that includes a rapper, singer, producer and DJ, and it’s been received very well all over the world. Her approach to house music is deep and minimal, with a fair few hints of a lo-fi affair at play. You’ll hear her soft-toned vocals across her productions, and her DJ sets aren’t geared for big rooms, just simply because it’s not her style. The former resident DJ at Seoul’s Pistil Dance Club now resides in Los Angeles, and has a global dance floor waiting for her from almost out of nowhere. Listen below to join the Park Hye-Jin fan club. 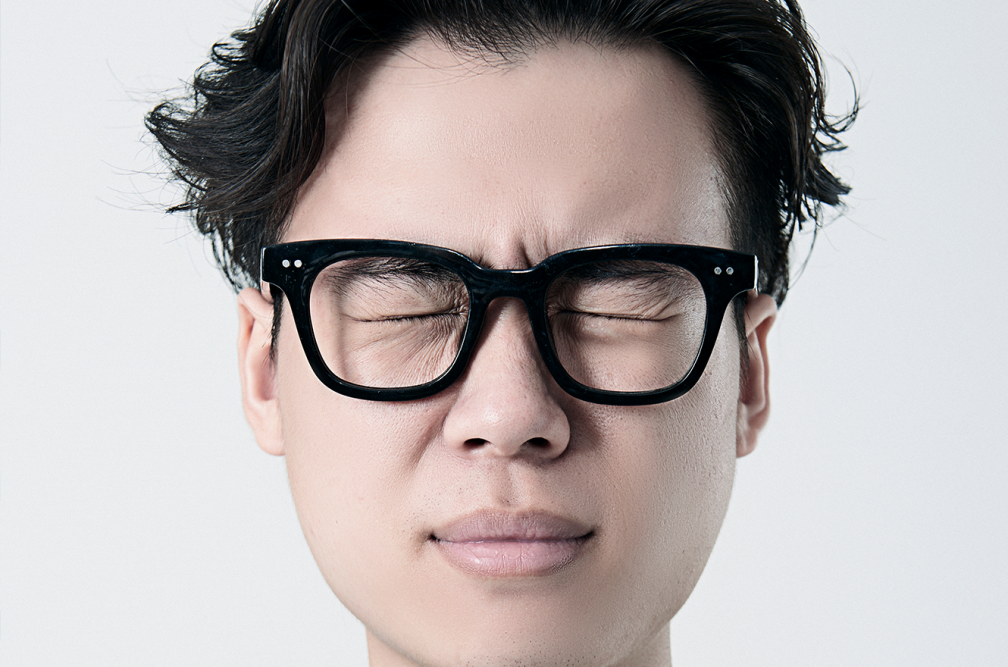 He's as young as the local nightlife scenes in Vietnam are, but Monotape already shouldering more for his country in music than most. The artist has been labelled by Billboard Vietnam as part of the country's 'nu-breeds', and that he certainly is — Spinnin' Records Asia just recently snapped him up for a schedule of releases. His sound is purely club-centric, weighing heavily on a jumpy tech-house tip that works wonders on Vietnam's burgeoning club scene. Check out Monotape's latest release for Spinnin' Records Asia titled 'Vietnam Radio' below. 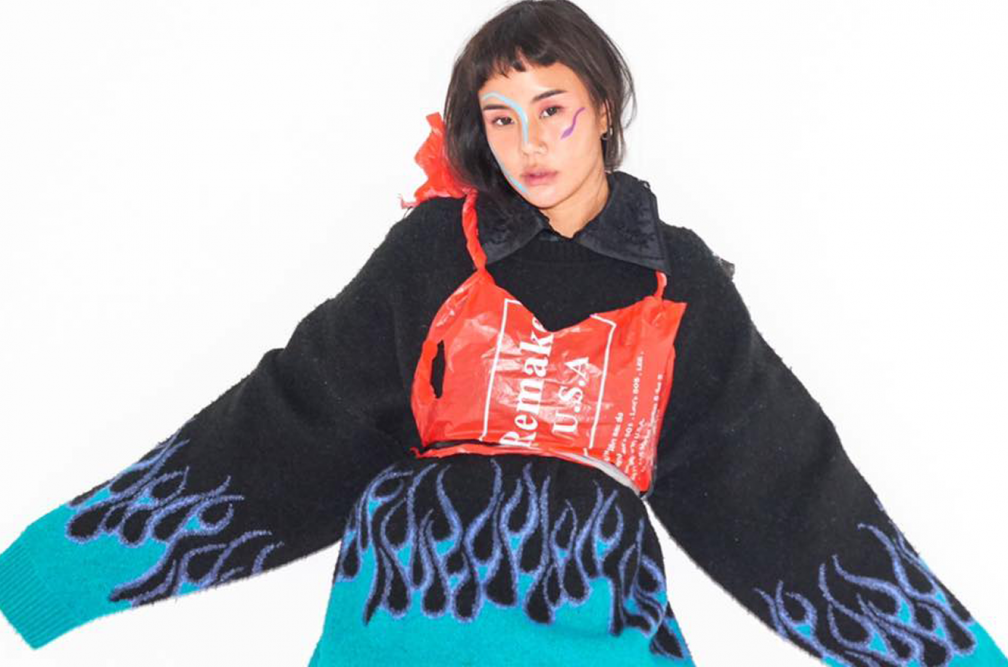 Commitment to self-wellness and that of our planet, a colourful lifestyle, pushing positive impact through creativity and playing hypnotic DJ sets are just a few of the things the crafty hands of Notep (pronounced No-tep) offers. Known mostly for her art installations and exhibitions that meld audio and visual matter, she recently launched 'High on your own supply', which is a platform geared towards the enrichment of spirituality and care for nature, through music. As a multifaceted artist, her persona as a DJ is calm and collected and vibrant in music texture. She also runs a live and experimental band project called X0809 which delivers a bit more obscurity and sensuality than her solo output. You can hear and see to Notep's recent DJ set at Jai Thep Festival 2020 in Chiang Mai, Thailand, which was covered by Mixmag Asia. 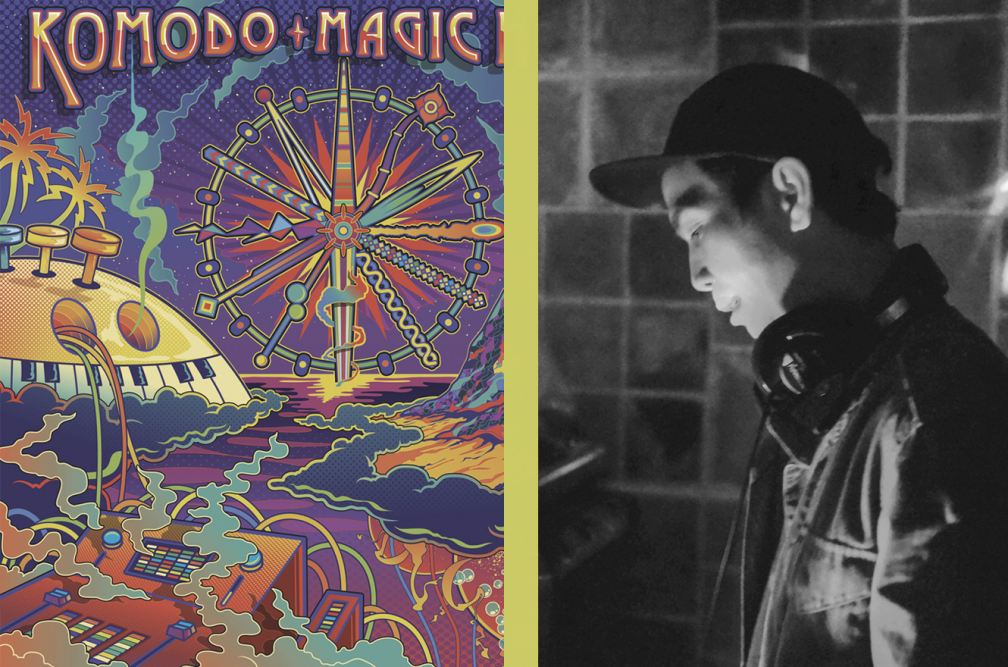 We switch colour palettes and cross over to the broody, moody, chuggy side of tech, that reigns supreme in Jakarta’s buzzing underground scene. Gerhan Ferdinal is Komodo’s real name, who has been releasing with Double Deer Music, Cocktail D’Amore and Space Rec, as well as his own Jakarta-based imprint Akamady Records. The Indonesian artist has a tamer and almost ‘subdued-Balearic-groove’ style that he is also well known for as a producer—musical diversity at its finest. Listen and wonder about life below.

The Japanese wonder-woman, whose name is pronounced ‘lee-kax’ runs Tokyo Community Radio, performs across the region as a DJ, writes, edits and models for Japan’s trending local designers. Licaxxx's musical taste speaks volumes — she’s deep into groove-based techno and house (techno is preference!) and can effortlessly read a room in order to craft the right sound design for the time and space. Apart from playing for Boiler Room and being billed alongside Peggy Gou, she also recently plate for Mixmag Asia Presents at Bam Bam in Ho Chi Minh City, which you can have a listen to below.