Learning how to produce music is no easy feat, and even though there is a plethora of online tools and resources to get you started, having that personal guidance and human connection can change everything about how and what you learn, let alone achieve in your future potential career.

Kavemura is a producer, DJ and live performer with plenty of experience in the music industry as an independent artist who has created successful solo projects as well as countless collaborations with artists from around the world. Based in Hong Kong, he is immersed in Asia’s network of creatives, and is now spearheading Mixmag Asia’s recently launched educational platform called Studio Steps, an introductory gateway for budding producers to get their footing in the game and their skills built to a professional level.

From his time between his home in Venice and his bases in London and Hong Kong, Kavemura has honed every discipline that he ventured to conquer, from turntables, drum machines, synthesisers, to his own sound that emits dreamy soundscapes over precise drum work built for dance floors.

We had an insightful conversation with the Studio Steps ambassador, Kavemura, to understand better about his beginnings and journey as a producer, talking about everything from his favourite bits of studio gear to his opinions on the evolution of music technology. 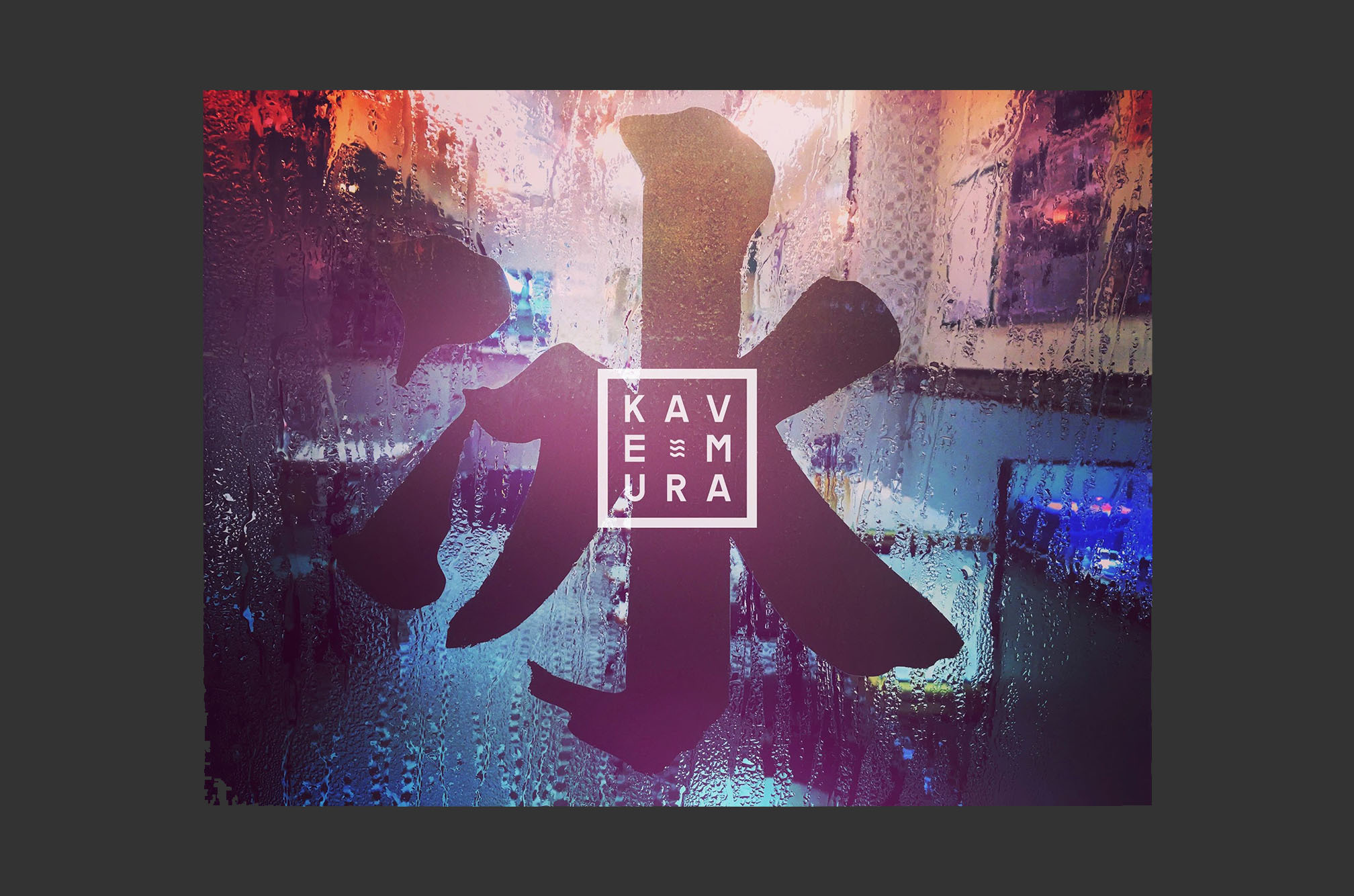 What’s the best thing about living in Hong Kong?

Being surrounded by awesome people, it’s a city where you can learn a lot from the locals. Smart, cosmopolitan, hardworking, and with very good values.

Greedy landlords and lack of spaces for creatives.

Take us out in Hong Kong — from dinner, drinks, party to afterparty?

Dinner: Osaka restaurant, an old-school Japanese restaurant, a piece of history of Tsim She Tsui. Food is delicious and super authentic. Drinks: Salon 10, great music, drinks and environment. Party: Music Room at Potato Head, finest disco/electronic music in town and a great sound system to enjoy it. Afterparty: either Oma, or crashing at a hidden Nepalese joint in LKF eating momos and fried noodles.

What’s your earliest memory with music?

I was 13 and I used to go to this spot that rented out video games. One day I discovered a corner of the shop where the owner kept the latest electronic and hip-hop releases. This simple discovery really opened up a new world for me and introduced me to a lot of amazing artists. 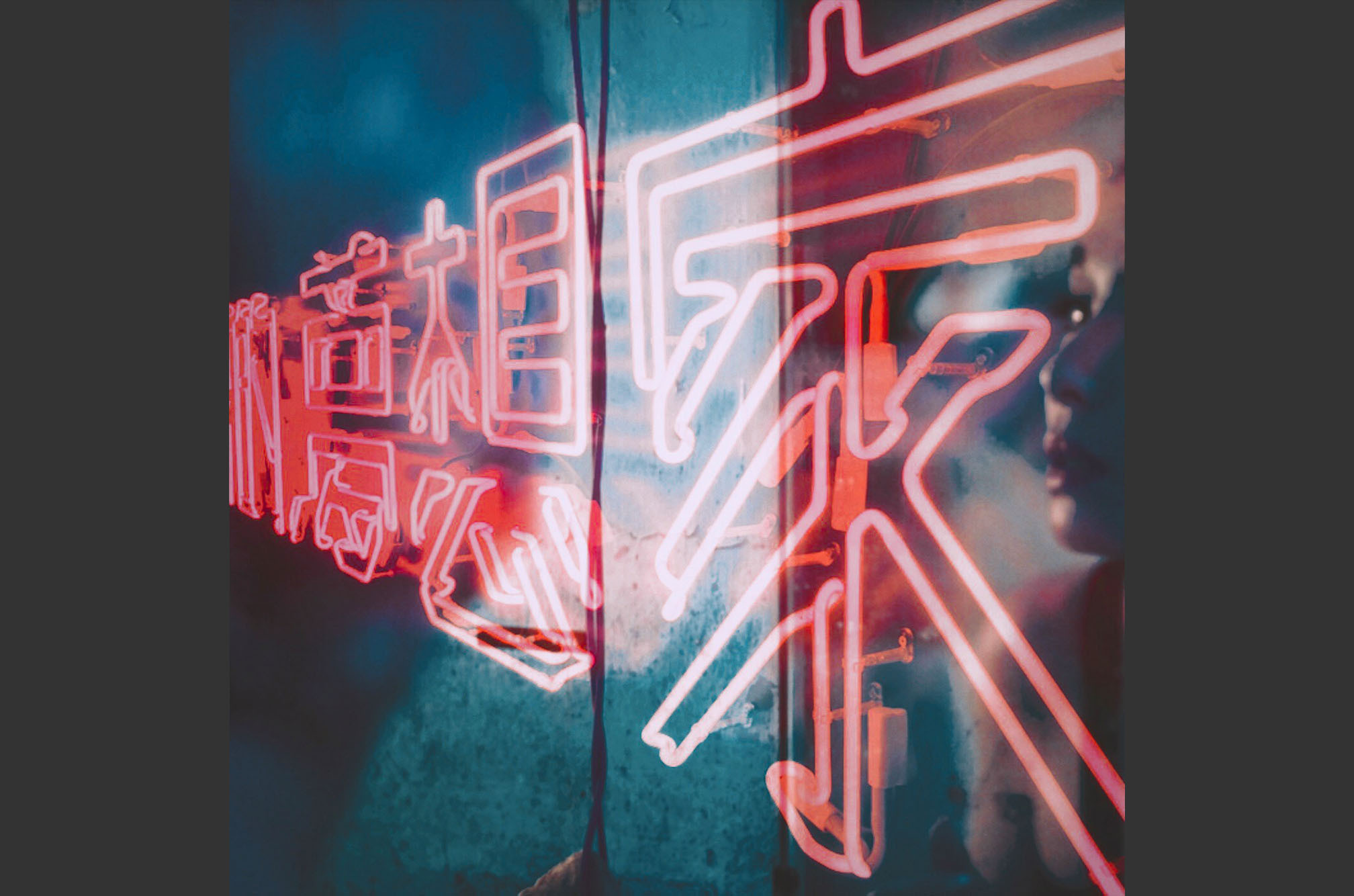 Tell us about a pivotal moment in your career as a music producer?

Releasing my first electronic album. I decided to abandon rapping and focused on creating a mostly instrumental electronic album. Little did I know it would end up being sold in my favourite record shop in London side by side the albums of my idols! That was a boost of self-esteem and gave me more confidence about my vision.

It’s fascinating how time and technology have changed the landscape of how music is made today. In what unique ways do you feel technology has impacted the music-making process?

Technology has had a huge role in democratising music. It has made it possible for everybody to become a music producer. All you need is passion and dedication. Technology really helps the music process in new ways, and it also forces producers to constantly upgrade and learn new stuff, forcing them out of their comfort zone.

You’ve been in Hong Kong and deeply involved in the music scene for almost ten years. What’s the most significant evolution you’ve personally experienced/witnessed in Asia’s music scene since you first started in it?

Living in Hong Kong, it has been amazing to witness the success of Clockenflap. They have contributed a lot to grow the scene in Asia, we have witnessed them growing year after year while keeping the music quality bar quite high.

The balance of creativity and business is a tough one. How do you approach that balance as a producer?

Mastering music production can actually open many doors. One initially tends to think that the only opportunities come as a recording artist, but actually being good at producing brings a lot of different requests, from soundtracks for movies, advertisements, fashion shows to producing artists and singers. Developing your own style is usually the best way to stand out thus attracting business opportunities.

Every producer has someone they look up to. Who inspires you?

Growing up I was really inspired by DJ Krush. His mix of trip-hop and Japanese atmospheres was super fascinating and definitely a sound that made him stand out eventually bringing him to legend status. I was also inspired by a lot of releases coming from Warp Records and Antipop Consortium above all.

Nowadays, I draw inspiration from so many things outside music too, such as movies, photography, digital art, nature and architecture.

You’ve built your craft to be a live performer, DJ and studio producer — but you’ve also been teaching these skills for a long time. What are some of your greatest success stories from projects you’ve worked on as an instructor?

Every time you give a younger person the tools to follow his/her dreams, it’s a priceless feeling. Seeing that some of my students have been admitted to the most prestigious music schools after our training period really made me happy. It showed me I was able to communicate the right passion and determination necessary to take the step and try to make music your career. 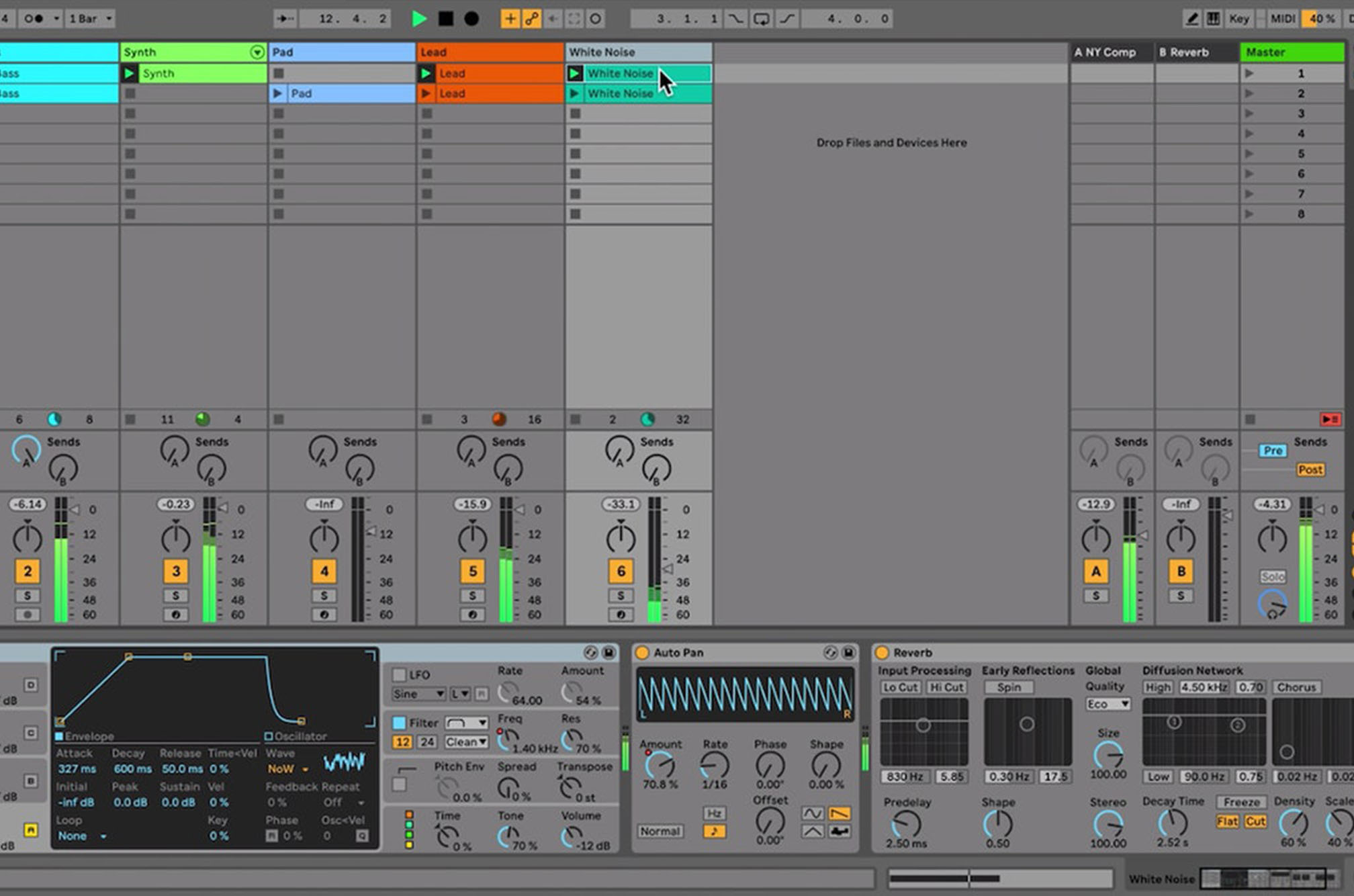 Ableton. More immediate, complete, and with a much better workflow.

There are certain rules to music production, the process is largely based on the application of science after all. What rules will you or won’t you break?

Copying somebody else’s ideas or sound is still not acceptable, and it makes every production sound too similar, with no personality. Like using the same sounds in the same way. There are so many ways of twisting a sound with today’s technology and it’s easy to create something totally different from the original. It’s important to learn some rules that will help improve your tracks, certain techniques that come with practice and as experienced producers we can pass on. Besides this, the beauty of it is that everybody is free to follow the workflow that comes more natural to them. I think Ableton understood this need for freedom in the creative process and came out with a software that is very immediate and can be approached in multiple ways. 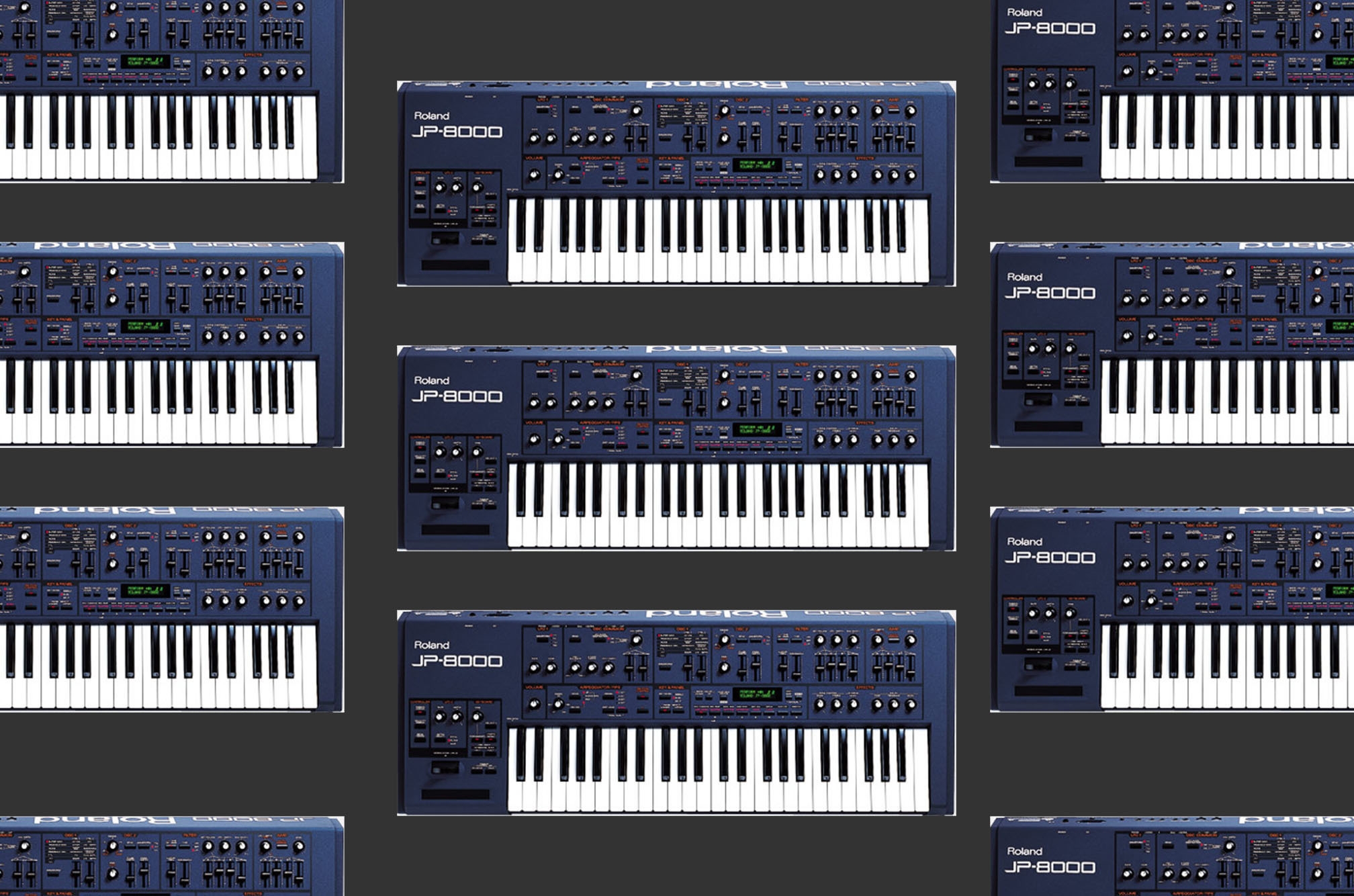 Tell us about a synth that has never left your side…

Roland JP-8000 is a powerful synth originally made for trance but very flexible, with fantastic pads, chords and basslines.

What’s the most challenging part of the studio process for you? How do you tackle it?

After producing for so many years I have to say that I still really enjoy making music almost every day. It’s important to keep ourselves inspired, but we can’t expect inspiration to knock at our door every day. Some time is good to take a break, leave the studio, take it easy and look for inspiration elsewhere. In my case, I pack my laptop and headphones and go out in nature, preferably on the seaside.

The studio environment is a key factor for making full use of a creative space. What special elements do you use to enhance your studio?

﻿I find lights are very important. Soft lights and neon lights really help to create the right vibe and enhance the creative process. Today’s technology also allows us to produce on the road or outdoors, which I find very inspirational. All you need is your laptop and a good pair of headphones. I used to be on the road all the time and being able to have all my favourite synths and sounds and the right software on a laptop allowed me to never stop producing.

Everybody wants to be a DJ today, but with the sudden axe to the entertainment industry in 2020, there’s a huge shift in focus on music producers. What are your thoughts on the current market for opportunistic producers?

It’s definitely a good time to upgrade and learn new skills as music producers. As for DJs, a great way to have online shows without copyright claims that mute or remove your video, is to play your own music or your own remixes. So definitely acquiring some production skills can help them stay in the game despite clubs being closed.

The world is paying attention to what’s happening in Asia’s music scene. Can you point out any young talent that you’ve been keeping an eye on?

Electronic music scenes are growing a lot all over Asia, and there is no shortage of great DJs and rappers. As for electronic music producers, there are established names and emerging ones. Rather than focusing on singling out talent, I try to keep an eye on everything that’s happening around us and it’s quite exciting.

If you could give one piece of advice to a younger you, what would it be?

Never lose hope and trust your vision. One day it will all make sense.

What’s your role in shaping the future of this planet?

Pushing forward-thinking music and ideas, helping to empower the next generation and promote positive values.