From the outset, hit-making dance-pop trio Cheat Codes have consistently elevated their commitment to feel good music. Heavily influenced by lush and energetic pop, hip hop and EDM, KEVI (Kevin Ford / prince$$ rosie), Trevor Dahl and Matthew Russell have rooted themselves at the epicentre of popular dance culture since forming in 2014.

In just their first two years, the trio secured their playful style of infused-pop with their debut hit ‘Visions’ which was followed by a slew of charted singles including ‘Adventure’ and ‘Sex’ which took a leading sample from Salt ‘n Peppa’s pop classic ‘Let’s Talk About Sex’. The group’s early efforts resulted in 15 million views on YouTube and a tour with The Chainsmokers, and the rest has been a meteorological rollercoaster ride for the Los Angeles-based outfit.

Coming off their latest album ‘Hellraisers’ and a recent single with American singer Tinashe, we asked Cheat Codes to step away from the studio for a short break to tell us about what they miss about Asia, their committed studio routine and how life is all about feel-good tunes.

What’s the best part about living in Los Angeles?

"The weather, the fact that everyone in music is here and just able to collaborate, and the energy. Everyone here is super hard working but also down for a good time and we love that energy."

What’s the worst part about living in Los Angeles?

"Traffic, the Ubers are just as bad and the pollution. There’s always traffic in LA and getting in an Uber takes a long time, too. We really have to plan our schedule according to how bad the traffic is going to be. The pollution is also pretty bad here but hopefully that changes soon."

Take us out for a night in LA — from dinner, drinks, party to afterparty?

"We’re going to bed. When we’re in Los Angeles, we try to stay home and work on music and catch up with friends and get as much sleep as we can!"

An In-N-Out combo with fries and a shake really helps us feel better but we like breakfast tacos the most for us."

What’s the weirdest thing you’ve ever seen happening from the DJ booth?

"We can’t answer this on the record! We have seen some funny things and that keeps life in the DJ booth exciting when we’re doing shows. More fun times to come when we’re back on the road." 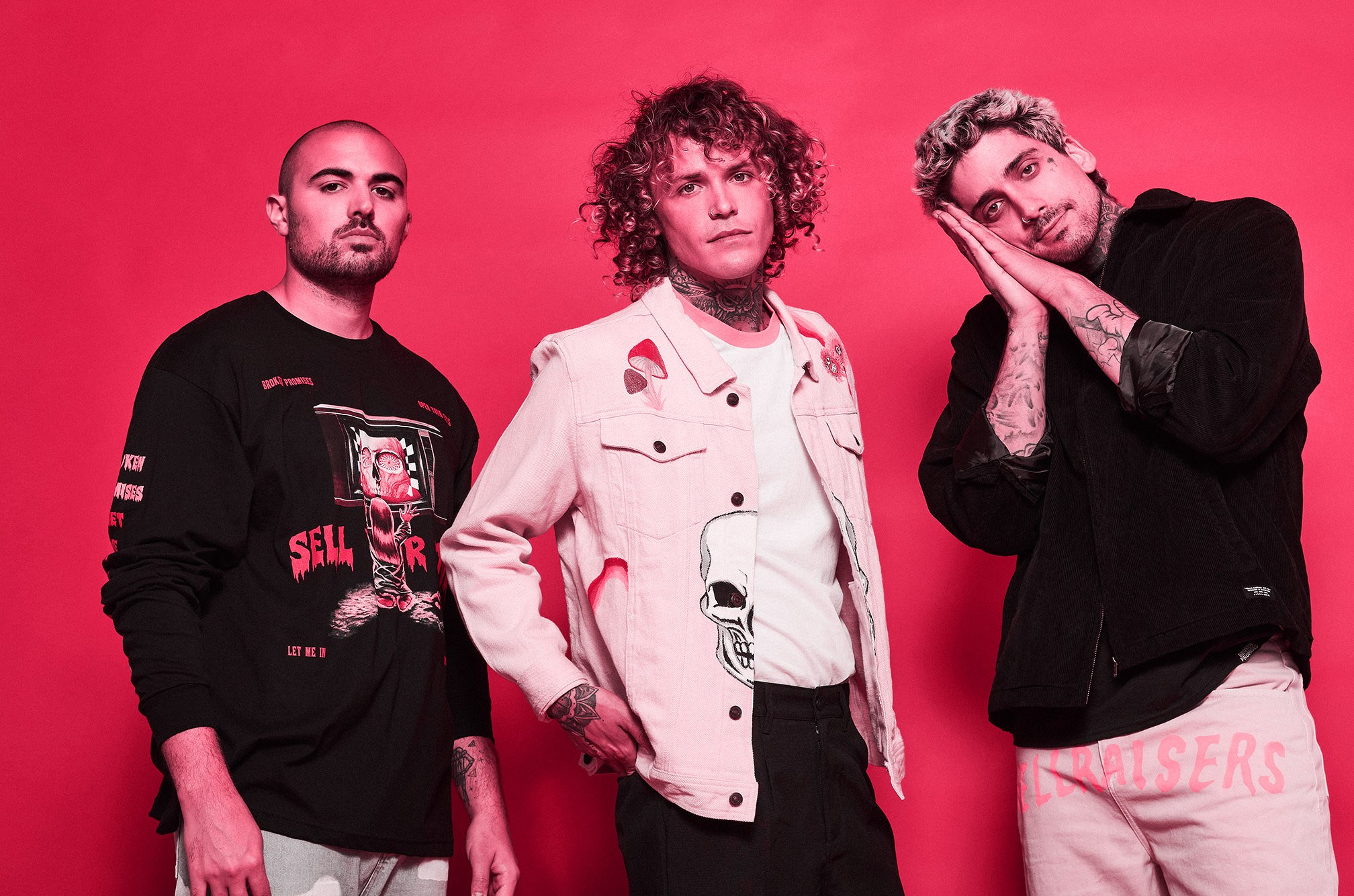 What’s your role in shaping the future of this planet?

Who’s the most underrated DJ in Asia?

"DJ Licca! We love what she’s doing. She is able to incorporate so many different styles into her music. She can play hip hop, house, disco, bass, and much more. She’s cool and very unique."

In one sentence, describe your music?

"Get outta your seat fun! We make music that makes people want to get up and have a good time. We want to see people dance and enjoy themselves. It's a reminder to not take things too seriously and to have fun."

If you could invite anyone in Asia to collaborate with, who would it be?

"We love BLACKPINK. We like that they experiment with different genres. Their songs incorporate hip hop, pop, and EDM. They go hard and all their songs would sound so good at a club or on the radio. We also really like their voices and unique style."

Being a part of a three-man crew, do you prefer producing as a team or when you’re alone?

"We work the best when we’re together. We do everything together. Even though we all have different sounds, we make everything cohesive. For our debut album, we worked together to separate the songs into a three-part album, each with a different vibe, because we had so many songs to work with. It was cool deciding together which songs fit where."

How do you separate yourself from the crew as an artist?

Trevor: "I'm influenced by a lot of pop which is shown in part one of 'Hellraisers'. I also grew up listening to bands such as The Beatles and Fallout Boy."

KEVI: "I listen to artists such as Drake and incorporate a lot of emo and hip hop in my music."

Matt: "For me, I'm inspired by a lot of EDM artists such as Calvin Harris."

If the world was ending, what song would you each want to play?

KEVI: ‘Drops of Jupiter’ by Train — "It has such a melancholy tone from the piano and guitar."

Matt: ‘Infinity’ by Guru Josh Project — "the saxophone in the beginning of the song is just too perfect for an ending. The amount of emotion that it has would capture the moment."

Trevor: ‘Let It Be’ by The Beatles — "It totally has the right lyrics for the end of the world."

What three songs could you play in your DJ sets forever?

"Our three songs of choice would be ‘No Promises’, ‘Feels Great’, and ‘SEX’.

‘No Promises’ that we did with with Demi Lovato is definitely one of our favourites. We had such a great time creating that track and playing that track out at multiple shows. The crowd always has received it well and it is a Cheat Codes staple.

‘Feels Great’ is such a heartfelt song as well as another one of our favourites. The lyrics “Do you remember? How it feels to be young? Do you remember? We could be anyone,’ really reminds us of who we are and how we really can be anyone.

Lastly, ‘SEX’ is our last choice because it is such a fun song to sing and dance to." 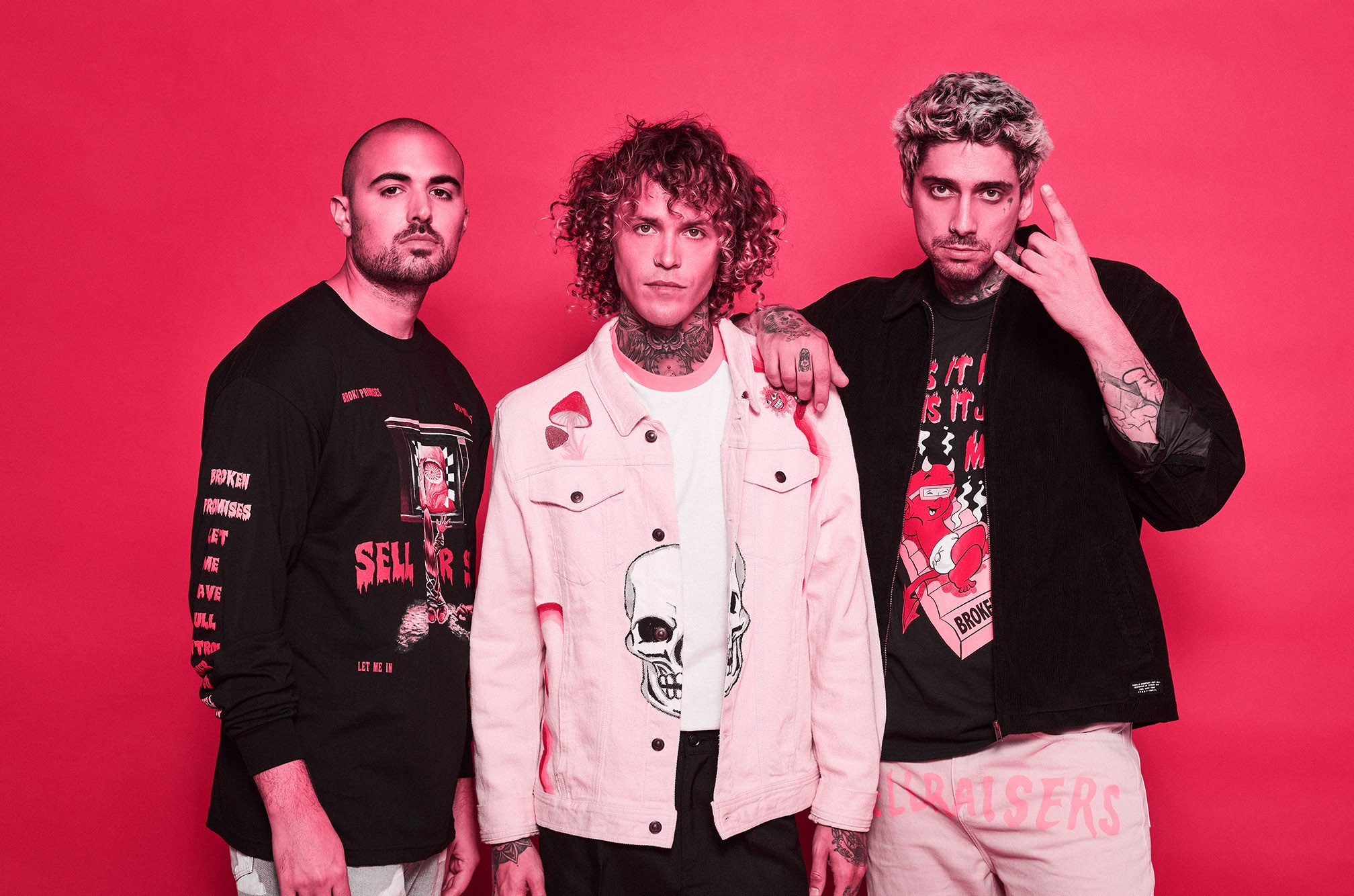 What are each of your roles in the group?

“We all play important parts in Cheat Codes. Everything we each do blends nicely together.”

Matt: “Trevor is the main vocalist of the group on most of our music.”

Trevor: “Matt lays down the foundation of the track in the studio and on the stage when performing.”

KEVI: “I work on the finishing touch whether that be performing with us or coming up with concepts.”

How was your experience of touring Asia in 2020?

"We toured in 2019! It was fantastic, and an eye-opening experience. We’re so lucky we got to enjoy so many different cultures. The people were amazing and matched our energy at our shows. It was amazing seeing how universal and uniting music is. A lot of the fans didn’t even speak English but were singing our songs out loud. We really enjoy touring in different countries because every time is such a unique and great experience."

Tell us about the album 'Hellraisers'?

How does a DJ balance being a dynamic entertainer and a revered music selector? Can they be both?

"I think they have to be! Versatility and playing to the crowd is key. We believe they have to be versatile in both aspects. One of the worst things that could happen is having a crowd that gets bored. We want to keep our crowd hyped. We love when the crowd recognises the songs and they’re all singing to it."

Have you noticed any new and unexpected trends in music over the pandemic?

"We love how TikTok has become such an influential part of breaking developing artists! It’s awesome to see people dance to new and different music. It’s also awesome when they end up dancing or singing to one of our songs. A lot of people are quite creative and use the platforms as an outlet so that’s the best part."

What are your predictions for club land in 2022?

"We think this is going to be the biggest year for music and shows in modern history! And we can’t wait to be a part of this. After being at home and having no music events for a whole year, actually longer, people really want to come back out again. We think the energy will be back and even better than before. We can’t wait!"

Cheat Codes 'Hellraisers Part 1' is out now. Take a listen to their latest single 'Lean On Me' feat. Tinashe below.