Neither of the founders of Arabs Do It Better listened to Arabic music growing up, albeit for very different reasons. David Pearl was born in Armenia and emigrated with his family to Israel when he was eight-years-old. Marwan Hawash was born in Bethlehem and moved to Haifa when he was five. David says he was discouraged from listening to music from the Arabic world because of the brutal history between Armenia and Turkey. Marwan says he didn’t listen to Arabic or Palestinian music because he “wanted to explore something else.”

Judging by Marwan and David’s sets tonight, that's no longer the case. This late-July edition of Arabs Do It Better - the party they co-founded to celebrate electronic music from the Middle East and North African regions - is being held at Art Club, a grimy venue in the north of Jaffa and south of Tel Aviv that’s underground in every sense of the word. The entrance is hidden at the back of a graffitied car park, past a cast iron gate and down some concrete steps. It’s summer which means it’s hot as fuck; the air feels like warm cloth. But inside the air con’s doing its thing, making the two black, chandeliered rooms infinitely more comfortable to breathe in. Arabs Do It Better is regularly cited as the best party in Jaffa/Tel Aviv and when Mixmag asks David if he agrees, he nods matter-of-factly. 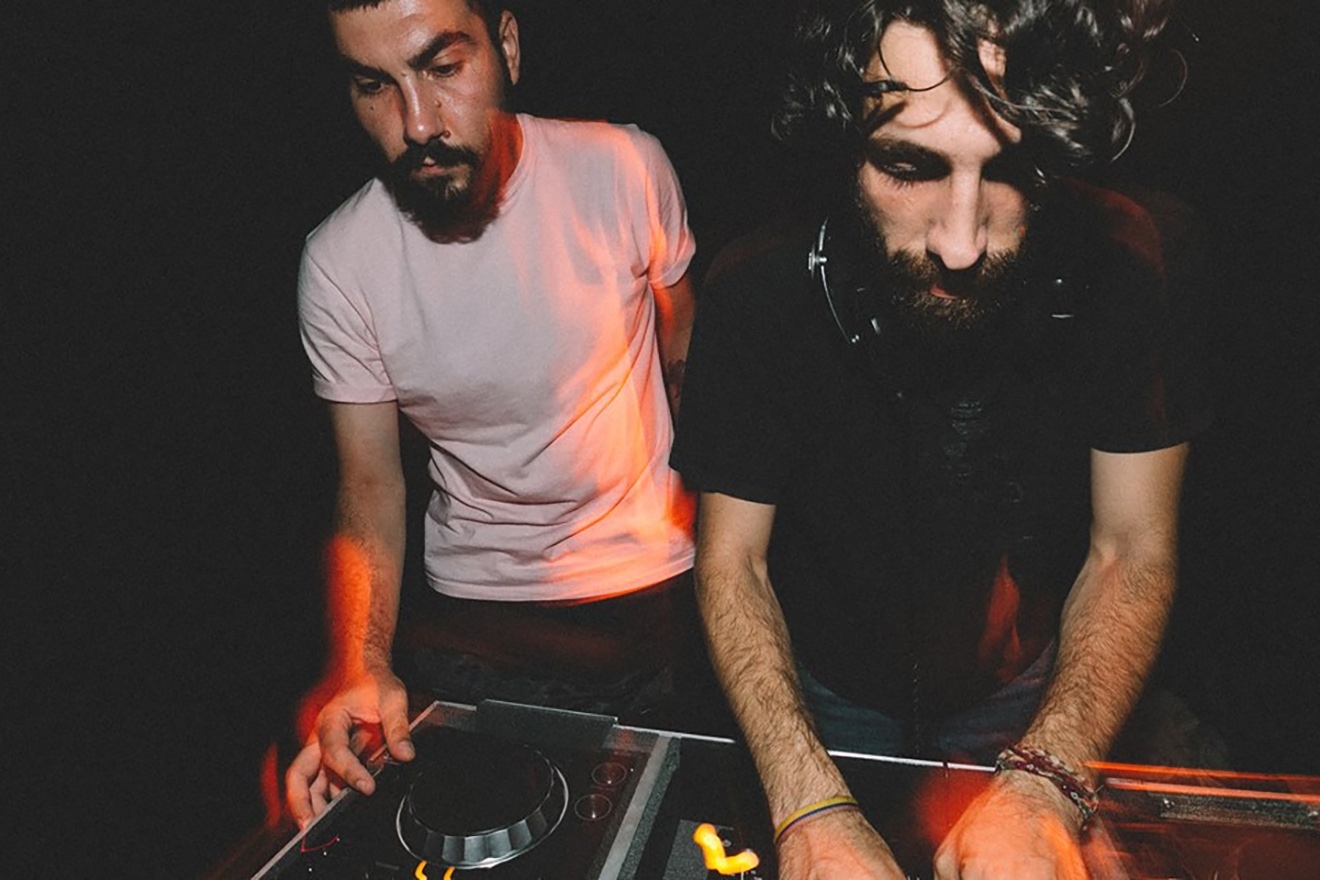 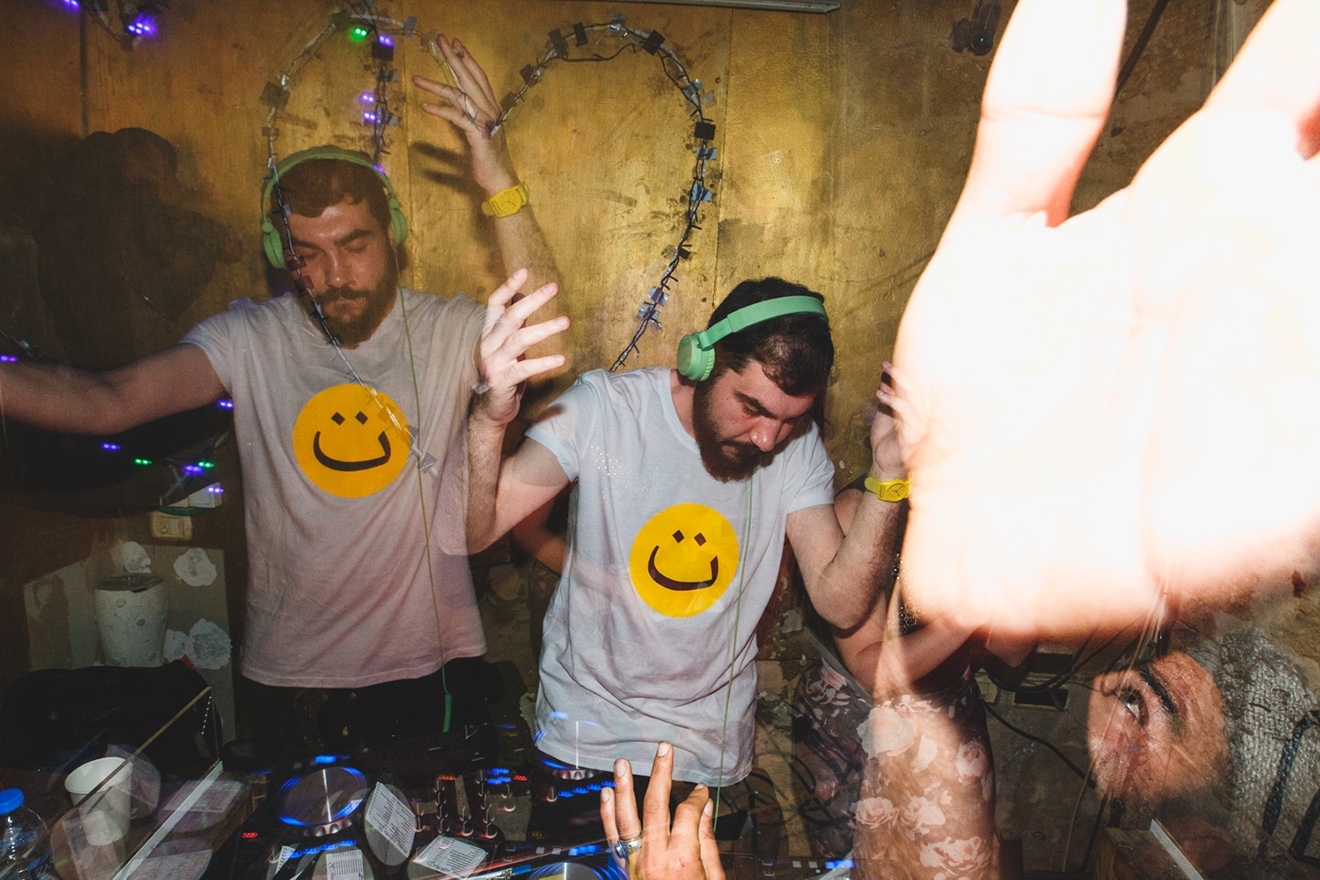 The decks are suspended from the ceiling in the centre of the dancefloor. Marwan’s standing behind them, kicking off proceedings wearing an oversized white t-shirt, shorts, trainers and hair just long enough to get in his eyes when he’s trying to mix. The first people to walk in immediately start dancing to his slow, grooving house track, spinning around to the soaring Arabic vocals with their arms in the air, totally void of self-consciousness. The dancefloor fills up before the room does. Marwan furrows his brow with concentration, as lost in the music as his audience. The crowd for the sold out event are a casual, androgynous bunch: loose hair, shorts, sandals, hoop earrings, cross chest bags. A man wearing a Free Gaza t-shirt makes out with another man.

Arabs Do It Better started with a mixtape. David Pearl didn’t serve in the army for personal reasons and moved from the north of Israel to Tel Aviv when he was 19. He started DJing at friend’s houses and local venues in the mid 2000s, and quickly realised he could earn more doing what he loved in a single night than he could in a week working in retail. His first party, Ghetto Fab, connected the lesbian and gay communities in Tel Aviv, which he says were completely divided at the time. His next party, It’s Britney Bitch, was supposed to be a one time thing but was so dizzyingly popular he ran it for 10 years and sold it a couple years ago. He enjoyed being a pop DJ, but was becoming increasingly passionate about the Middle Eastern music he grew up avoiding.

Born to a Jewish mother and an Armenian father, his family were traumatised by the Armenian genocide of WWI which meant Turkey and all associated countries were off limits. But David says he always felt like a stranger in Israel, “like an eternal immigrant,” so discovering the sounds of the Middle East and Central Asia helped him connect with his Armenian identity, rewrite his narrative and heal his inherited trauma. In 2015 he started compiling this new Arabic-MENA electronic music, known as Electronic Hafla, into a mixtape. He felt the connection between Arabic and Armenian culture - the music, the tight family bond, the food, the culture - somehow it felt like home. So David named it after the label Italians Do It Better, not as a political statement, but as an honest one. 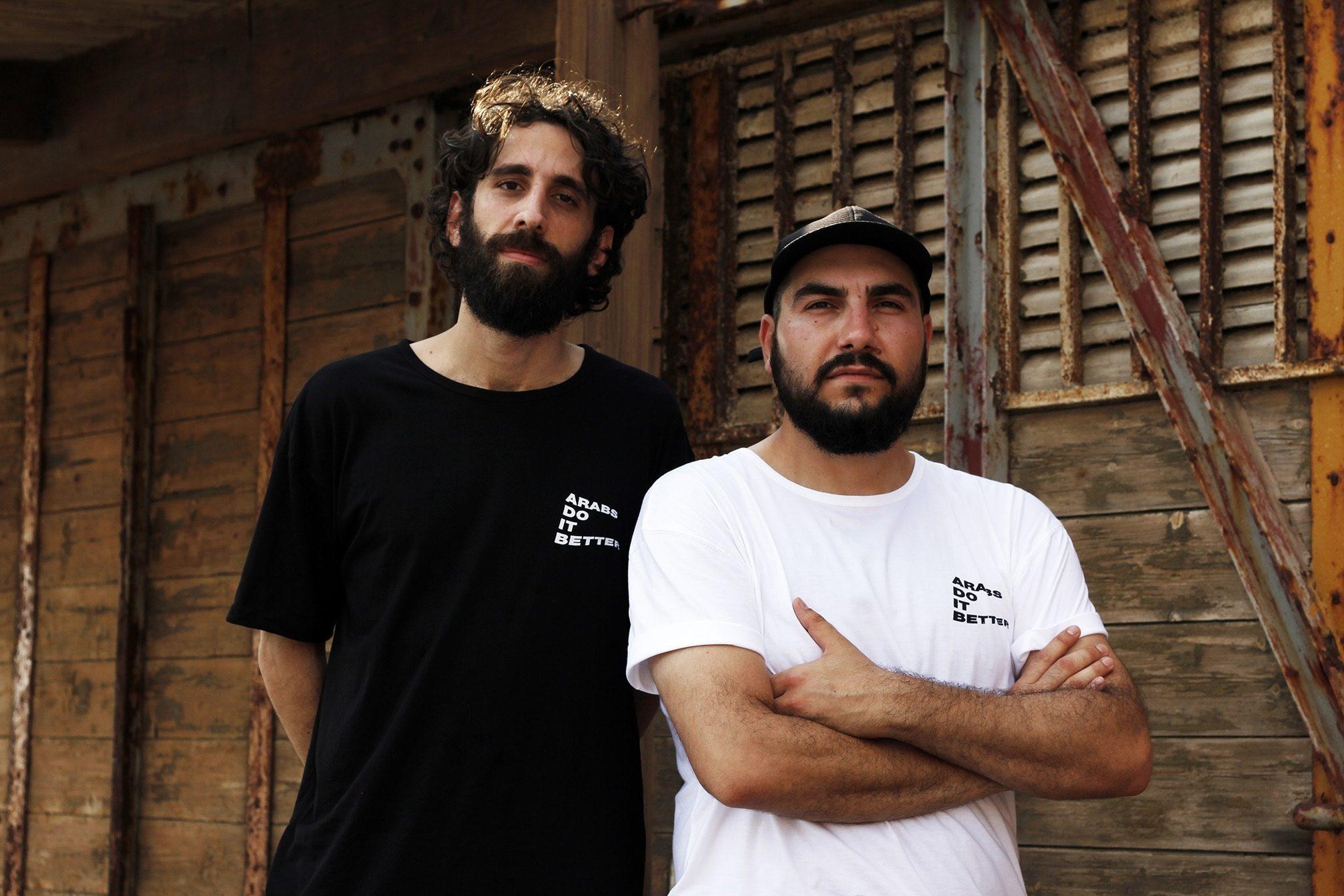 Marwan grew up on British and American music - classic rock, grunge, rap. Haifa’s often described as a mixed city - Palestinians make up around 18% of the population - however mixing barely happens. Palestinians and Jews walk the same earth and breathe the same air, but that’s about it. Schools, neighbourhoods, communities are segregated and discouraged from meeting, mixing and marrying. “I prefer to say we share space,” Marwan says.

Although Marwan could feel the segregation in Haifa, it was only when he moved to Jaffa seven years ago that he felt the true weight of it. Jaffa is a Palestinian city south of Tel Aviv. Most tourists think they’re interchangeable because it takes 20 minutes to walk from one to the other, but Jaffa was there first. Two days before the State of Israel was declared in 1948, most of Jaffa’s 120,000 Palestinian residents were expelled and their homes demolished. Many fled for their lives to the West Bank, Gaza or refugee camps in Jordan. Today about a third of the total population of Jaffa are Palestinian citizens of Israel, however they’re treated like second class citizens at best. Racism, profiling, police brutality are just some of the issues the Palestinian population face every day. Whenever Marwan says his name or speaks Arabic, he can feel the stares. When he moved to Jaffa he realised his home country felt nothing like home.

It’s fair to say Jaffa’s the most beautiful city on the planet. It’s ancient, dating back to 3100BC, and gets four separate shout outs in the Bible. If you ignore the surf shops and the McDonalds signs and the Shawarma restaurants it’s easy to imagine Jesus wandering the white sandstone streets of the old city, stone walkways smooth as glass thanks to five thousand years of footfall. Staircases crop up round sharp corners, connecting streets so narrow they’re more like corridors. In the evening the mosques light up green from below, and if you time it right you might catch the orange sun bleed into the Mediterranean sea, soundtracked by the call to prayer. When the sky turns pink, purple, teal and the skinny palm trees reach high overhead and the air smells like ocean and flowers, Jaffa is nothing short of magic. 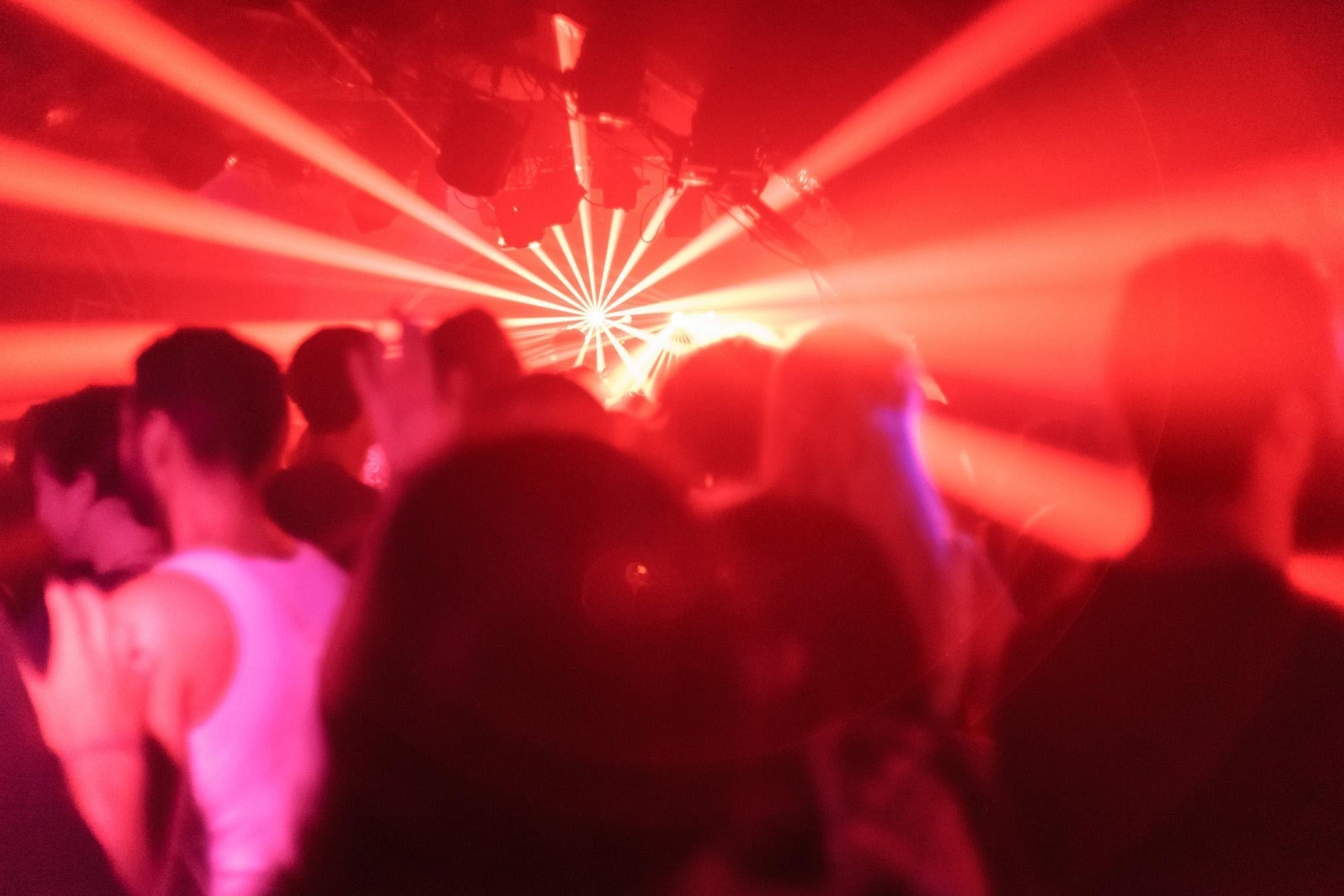 On January 1, 2016, Marwan and a handful of friends bought a bar called Anna Loulou. This is where Marwan and David met. We don’t use the term co-existence, because that suggests there’s some level of equality between Jews and Palestinians in Israel, however Anna Loulou was a safe space for marginalised communities to come together, listen to music, talk, dance, connect. For Marwan it was the closest thing to home he had in Jaffa. Marwan heard David’s mixtape and asked if he’d be interested in turning it into a club night together, and when people queued out the door and round the corner they realised they’d tapped into the young left’s thirst to celebrate Arabic and Palestinian culture and champion a community that makes up 20% of Israel’s population, but whose identity is slowly being erased. 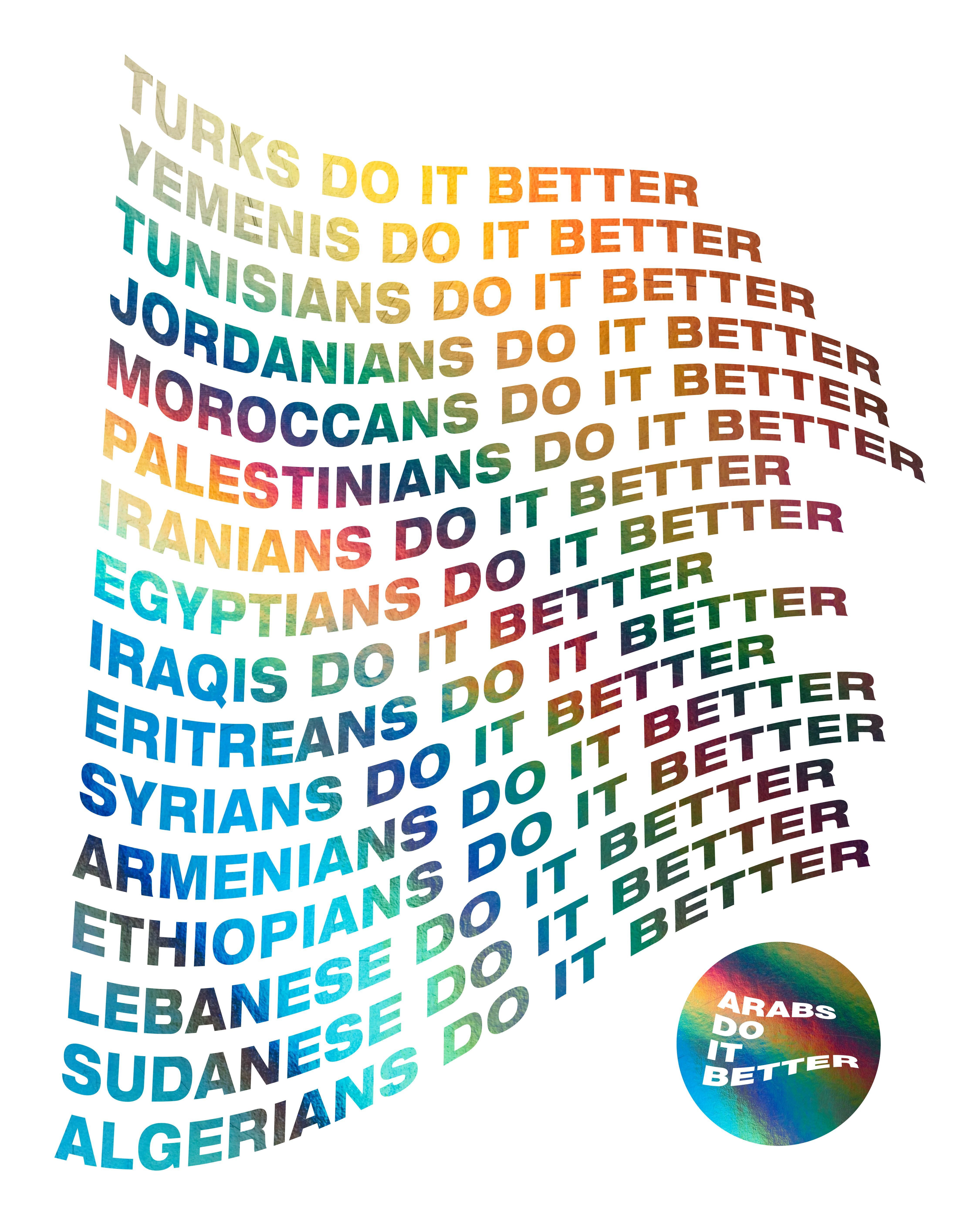 Although Arabs Do It Better was never meant to be political, the pair can’t deny that in Israel, everything is political. “It’s not like I’m German and can throw a party in Germany and everyone speaks my language and it’s not political and I can book whoever I want and just do what I love,” says Marwan. The pair have to think about every element of their parties from every possible angle: from the imagery they use on their graphics to the font on their flyers, to the DJs, the venue, the location.

When Anna Loulou closed its doors in 2019 due to pressure from police, Marwan was heartbroken. “I felt like there was no more place for me in Jaffa.” David moved to Berlin four years ago and Marwan followed suit last year. “I felt exhausted by the constant politics. It’s very tiring,” Marwan says. Now they throw one party in Berlin and one in Jaffa every few months. Berlin doesn’t just give the pair room to breathe — it also means people from across the Middle East can actually come to their party. Marwan and David can dance side by side with people from Lebanon, Syria, Iran, Turkey - an impossibility in the place they grew up. They hope Arabs Do It Better will become a creative roof for all Middle Eastern nationalities to come together, and plan to launch a label and release a compilation to continue making that vision a reality. 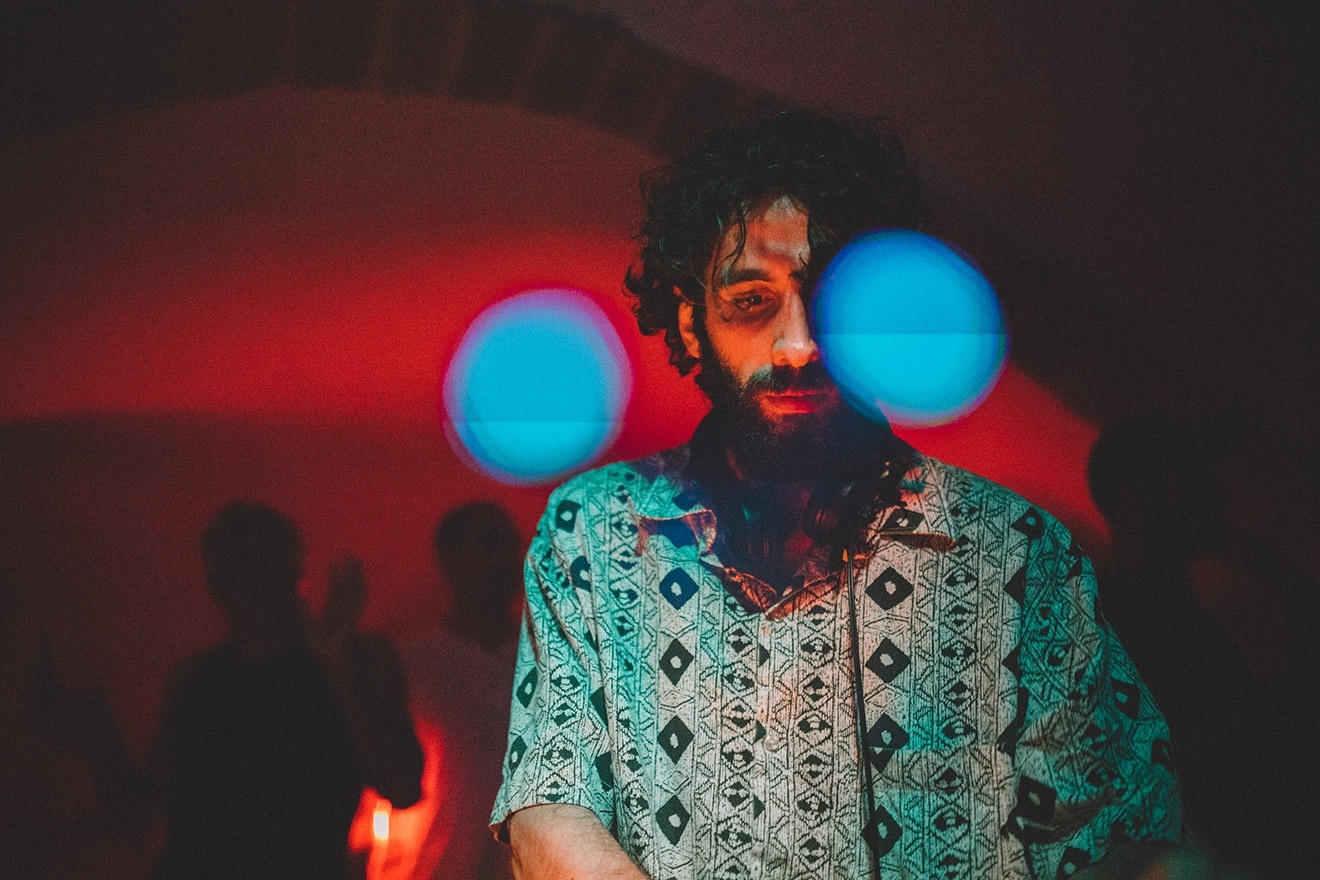 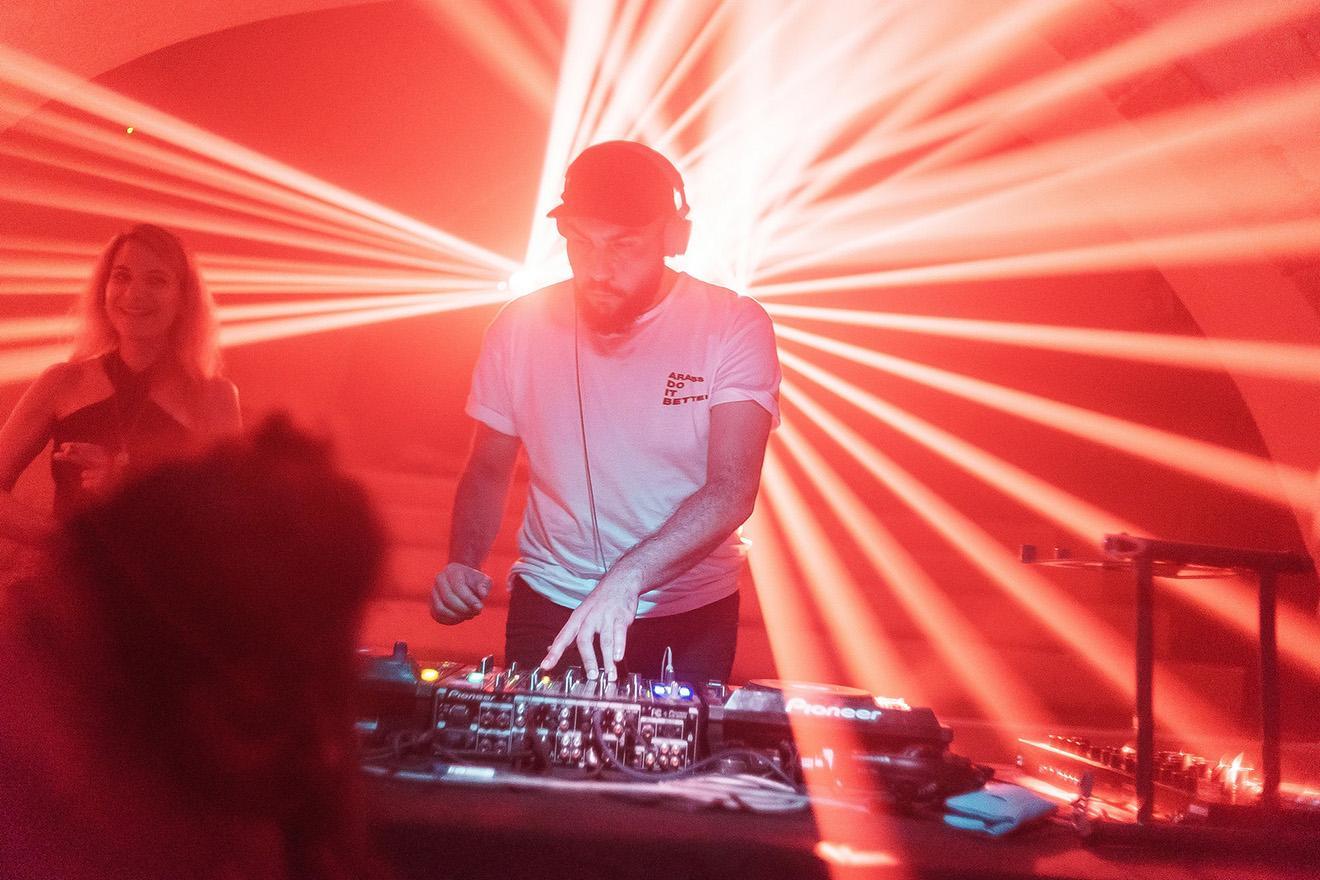 Marwan can’t see himself returning to Jaffa. It’s become ludicrously expensive, gentrified to high heaven, and no longer the place he knew in the 2010s. Berlin’s his home for now, but the party still feels like a treasured piece of his lost Anna Loulou and his lost Jaffa. He can continue to celebrate his music and identity and keep his culture alive in the place he grew up. It’s not simple running a party like that in a place like this, but David and Marwan say the key to their success is constant communication, constant discussion. “When something is difficult or emotional, it’s even more important we talk about it,” David says.

As Marwan plays his closing track, David stands by his side. The pair are close: you can tell by their body language, their quick fire communication, their appreciative nods. The crowd whoop, whistle and clap Marwan as his track plays out, then do the same for David when his loops in. This atmosphere, this space, this music, this crowd — it certainly feels a lot like hope. But if that’s too ambitious, let’s just say Arabs Do It Better is a ray of light in a place where for many there’s so much darkness.

Check out Arabs Do It Better's upcoming party dates here