Vinyl culture has seen plenty of obstacles come its way, only to end up proving that perseverance is essential when it comes to music, no matter from what perspective. And now, more than ever, the need for vinyl brings both nostalgic joy and a tangible piece of art that comes with a genuine story of your life with a soundtrack of your choice.

Hong Kong has plenty of stories to tell, and so do the few record stores that have survived an economic fallout from social unrest to a pandemic where events, gigs, exhibitions and anything that could possibly showcase an art form in public has been culled.

So for those with a digger’s itch, put down your chopsticks, grab yourself some bubble milk tea, and head out to explore the spaces and pop-ups supplying you with your vinyl fix in Hong Kong. 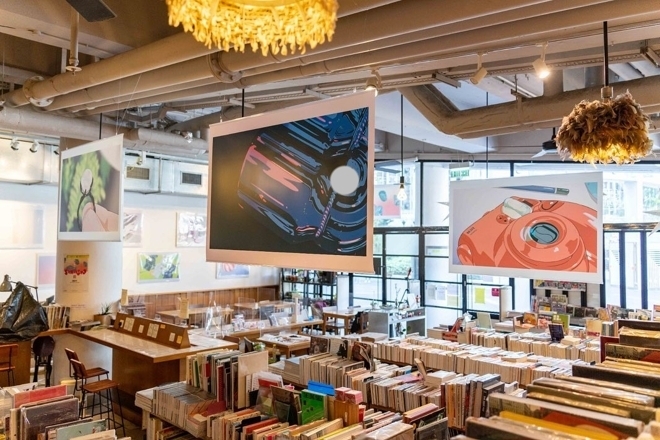 This interesting place is a cafe, bookstore and record store all in one! It’s also an ideal place for an audiophile to meet a sapiophile, get what we’re saying?

Built more like a concept store with posters, tees and other merch, Kubrick stocks an eclectic array of indie and electronic records, with the odd slice of Jascaszek, Aphex Twin and I’m Not A Gun being exhibited in the record bins.

Kubrick occasionally holds art displays and exhibitions making it a great place to socialise while digging. Refer to hint above. 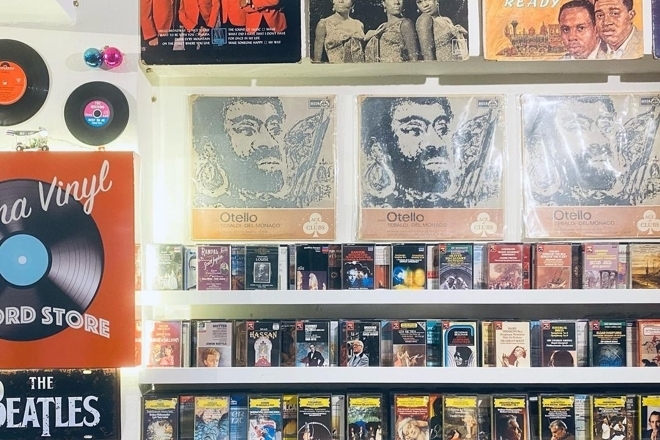 If you’re a music-head who also wants to go journeying to Hong Kong’s outlying islands, then you’re in luck! A trip to Lamma Island will not only let you see the nostalgically picturesque fishing villages, beaches and hippie motifs, but you can now douse yourself in some music therapy too. This used record store is owned by the warm and welcoming Ming Ho, who is willing to chat about anything music related and dig up any records as per your desire. The store has collects everything from jazz, classical and new age, all from the 1960s onwards. In true vintage and thrift style, they buy up records too —if any of you are looking to sell your vinyl records, Lamma Vinyl Record Store will add it to their massive collection. 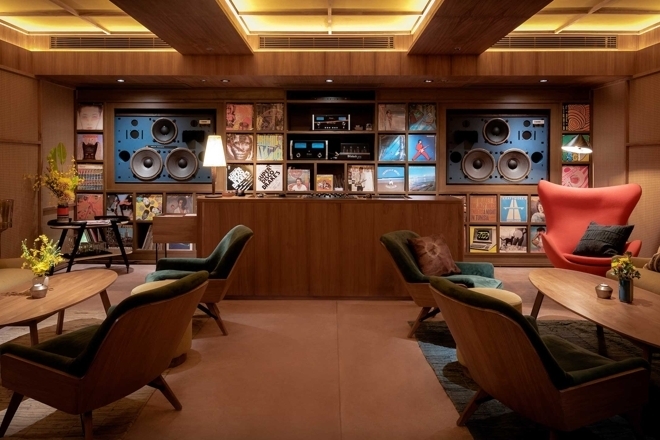 A little head’s up, but this place isn’t a record store, so don’t go raring off just yet! Rather, this lounge is more of an experience, including state-of-the-art audio equipment and plenty of vinyl records for you to choose from. You’ll often find performances by touring DJs (when they can tour again!) and local talent curating nights for disco and Balearic enthusiasts. It’s audiophile heaven really. And their Balinese-inspired cocktails get you into a swaying mood pretty damn quickly, so make sure you clear your evening to sit back and stick around in their plush vintage furniture. 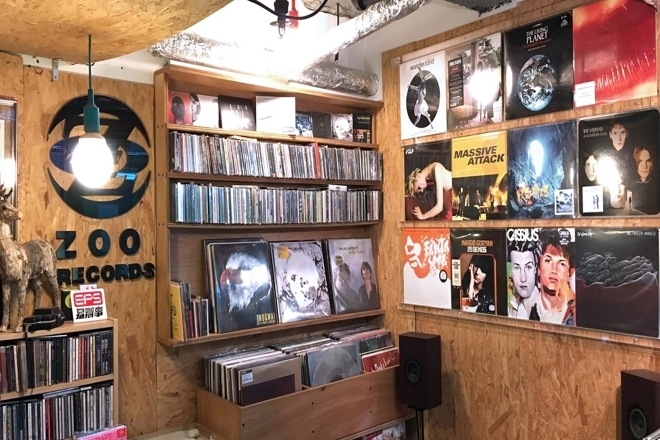 Leftfield with a dash of pop — Zoo Records highlights the more experimental side of music on their shelves. A shop that prides on indie and alternative that stretches into dance and electronica, you’ll be able to rummage through artists like New Order, Massive Attack, Kraftwerk, Nils Frahm, The Avalanches and Cassius with some other obscure indie acts from Europe, the US and Asia. Located in the heart of Mong Kok, one of the most densely populated urban dwellings in the world, the store also holds live shows and music festivals supporting the city’s indie talent. 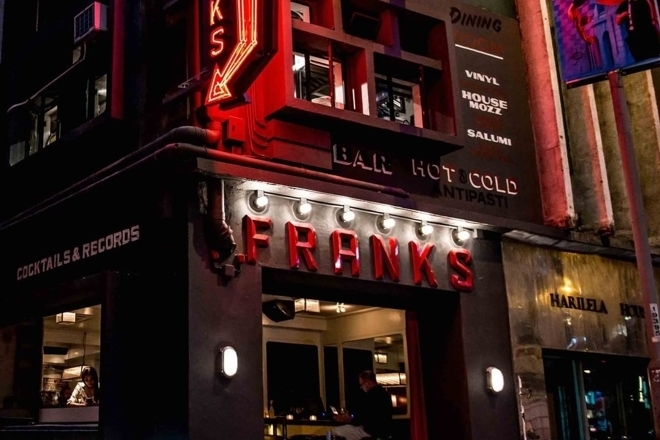 Vintage meets classic here at Frank’s Record Mart — operating as an Italian-American restaurant and bar, Frank’s is one of the buzziest joints around the Soho area of Hong Kong. Meatballs and parmigiana aside, music is the real driving force here behind the creators and owners. It’s a vinyl-only joint, immediately narrowing the roster of residents to just a handful of revered selectors including local stalwarts like Ivan Sit, Casey Anderson and Brahms.

But come Sundays, local vinyl vendors come together through the community-driven Vintage Vinyl HK platform. So while you get your fix by top selectors for a good night out, you’re also welcome to join them for some daytime retail therapy, with plenty of old school and vintage bits of wax to daze out to. 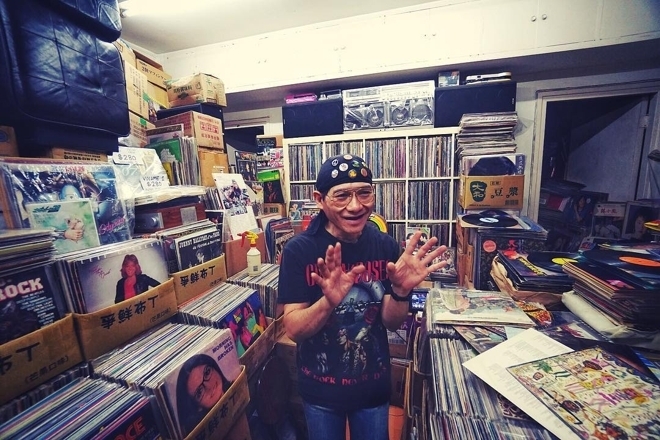 Tucked away in a Sham Shui Po building is the one and only Ah Paul’s record collection. Boasting more than 400,000 second-hand records, this place is a ‘must go’ for all true diggers. It’s a little bit cramped and cluttered, so make sure to tell Paul what you’re looking for and he’ll help dig it out for you. These records date back all the way from the ‘60s to the ‘80s, so definitely come and you'll find anything from classic soundtracks to old Canto-pop and miscellaneous Asian (a lot of rare Japanese) funk and disco. DJ Nu-Mark of Jurassic 5 was just one of the many who helped letting a lot of other DJs know about discovering Pau's vinyl paradise. 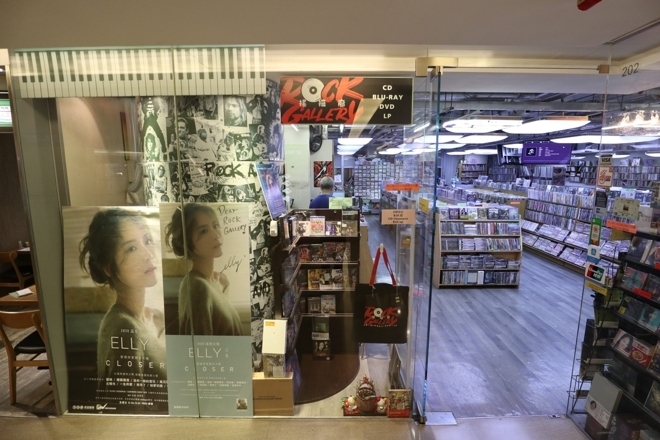 No deception here, you’re not going to find any house or techno records. But, for those who dig to sample, Rock Gallery might have a tonne of what you’re looking for. If you want to support any independent music shops, then Rock Gallery is definitely worth visiting. Bringing music from countries such as the UK, US, South Korea, Taiwan and China, it’s got everything you want and from rock and roll, jazz, canto-pop, k-pop and even Chinese classical music. They’re often stocked with fresh pressings too. 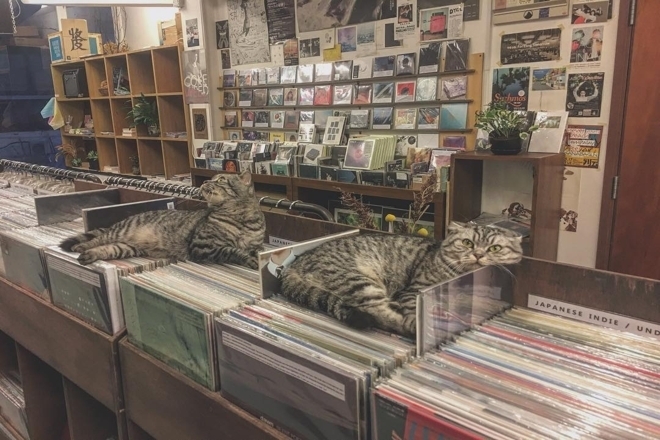 Founded by three friends in 2004, White Noise Records was named after the owners realised they were all fans of the British band of the same name. Catering mainly to the indie scene, they’ve got a wide variety of records ranging from heavy metal, punk, soul, electronic and more. Great artists to check out are Ricardo Villalobos, Nicolas Jaar and Kompakt. If you’re looking for more, the store hosts live performances regularly. There’s also another surprise waiting when you visit -- their very own store cat! 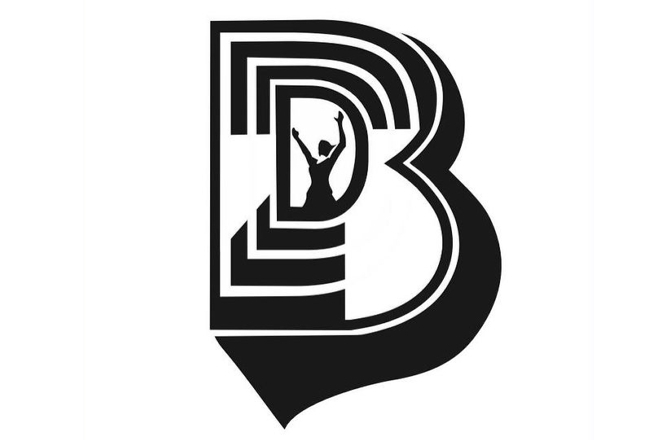 A newcomer on the block, this pop-up record store and radio show is the result of digging enthusiasts Ani Phoebe from New York and Death M.K. from Japan. A project born during turbulent times in Hong Kong, Bad Time Disco digs for second-hand records including Asian rare groove, experimental gems, city pop and wild worldly sounds. They’ve also done performances in Frank’s and Potato Head which we listed above. Vinyl culture is well alive in Hong Kong, and Bad Time Disco is here to preserve it.