With Wonderfruit less than a week away, we took a look behind the scenes and talked to the people harvesting the rice, building the stages and putting together all the other whimsical elements that make Wonderfruit a magical world of exploration, imbibition and movement. What we discovered was amazing and that the people and the passion behind each unique project is both admirable and outstanding. Read on below to find out what it takes for the show to go on.

Wonderfruit is Thailand's beloved music, arts and lifestyle festival and it takes place this year from February 16-19 at The Fields at Siam Country Club. Now in its third year, Thailand’s only artistically curated boutique event remains one of the most anticipated weekenders in the region. An experience unlike any other in an idyllic setting, Wonderfruit reminds you of what Glastonbury and Burning Man were probably like in their beginning stages, but done with a Thai twist. Playing this year is live DnB group Rudimental along with the JUNUN project featuring Shye Ben Tzur & The Rajasthan Express with Radiohead guitarist Johnny Greenwood, Mercury Prize winning hip-hop group Young Fathers, Wolf+Lamb, Nicole Moudaber, Simian Mobile Disco and Kate Simko & The London Electronic Orchestra. Find the full line-up and ticketing info here.

1 The Farm Stage took 6.7 acres of sticky rice to assemble 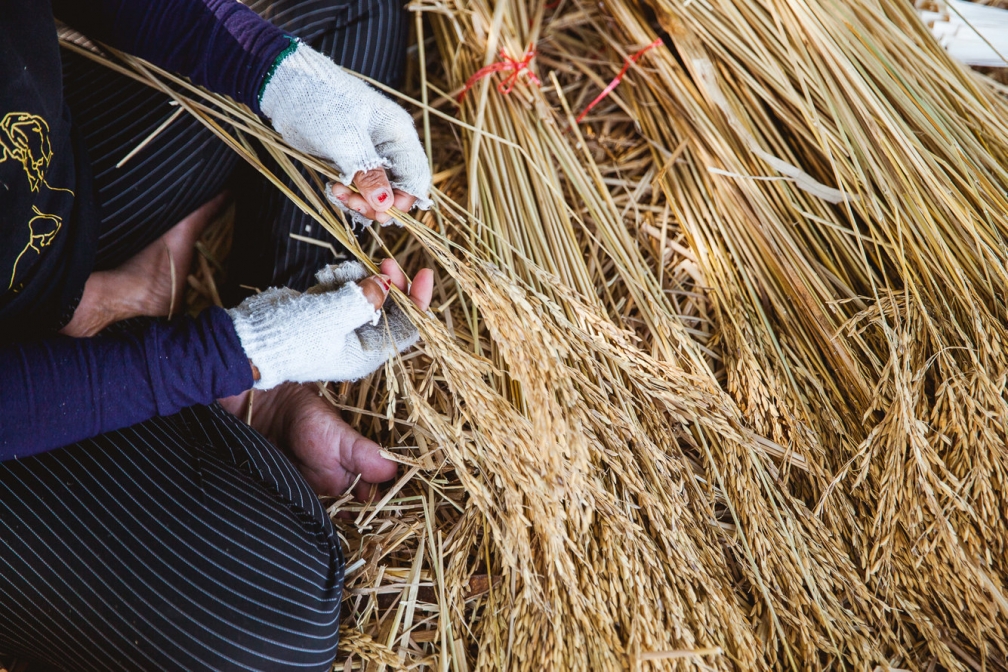 The Farm Stage is one of this year’s newest additions and takes 17 rais (6.7 acres/27,000m2) of sticky rice to assemble and has over 1,800 rice panels. It also took between 6-18 people over 190 hours working on steel, bamboo and rice to erect and add the finishing touches to the final structure. The stage sits in the middle of the Wonderfruit Farm and will host musical acts and speakers, while also serving as a symbol of southeast Asian culture and a demonstration of sustainability in rice farming culture. Read more about the Farm Stage here.

2 The Solar Stage is built of 2,137 modular wood parts 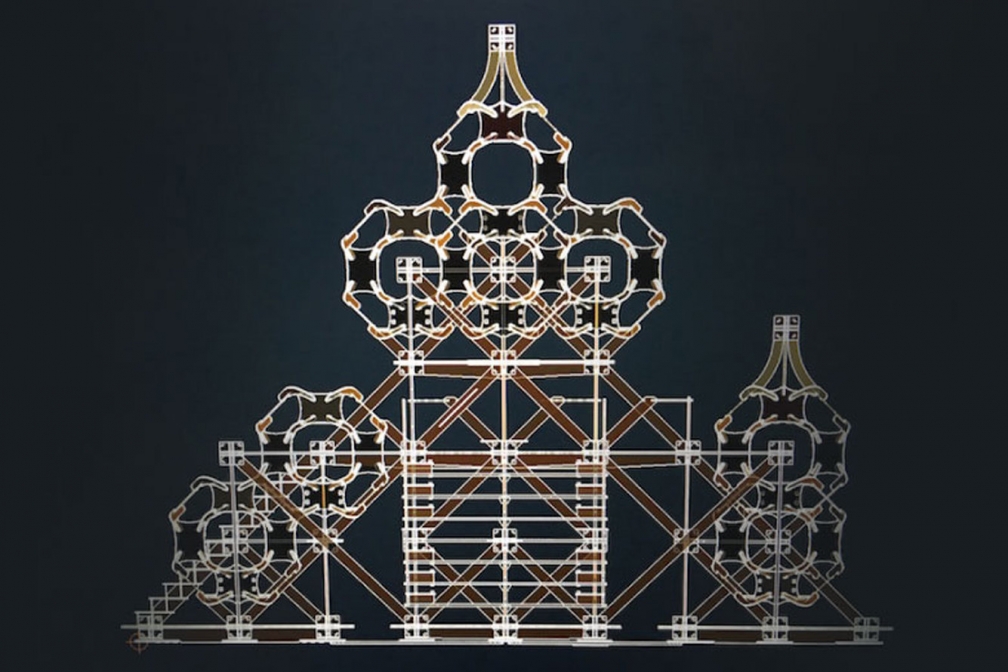 Wonderfruit’s legendary sunrise and sunset stage comes together this year with great thanks to Gregg Fleishman, whose creations are regular highlights at Burning Man. The stage is in fact a modified version of the playa’s Otic Stage. Using his signature panel system and over 2,137 modular wood parts, the structure will be the focal point for sunrise and sunset at the festival. Besides the pre-planning that went into it, it took 48 hours and 9 people to construct. But in fact the actual planning started about 40 years ago in geometry class, which when given the 3D element, Fleishman calls “The Lost Triangle of Pythagorus”. Watch the video below to see Fleishman talk about the mathematics involved in the design of the stage and it also serves as a little reminder of why high school math is so important (never thought you’d need math at the rave, did you?).

3 The Quarry Stage took over 150 hours to build 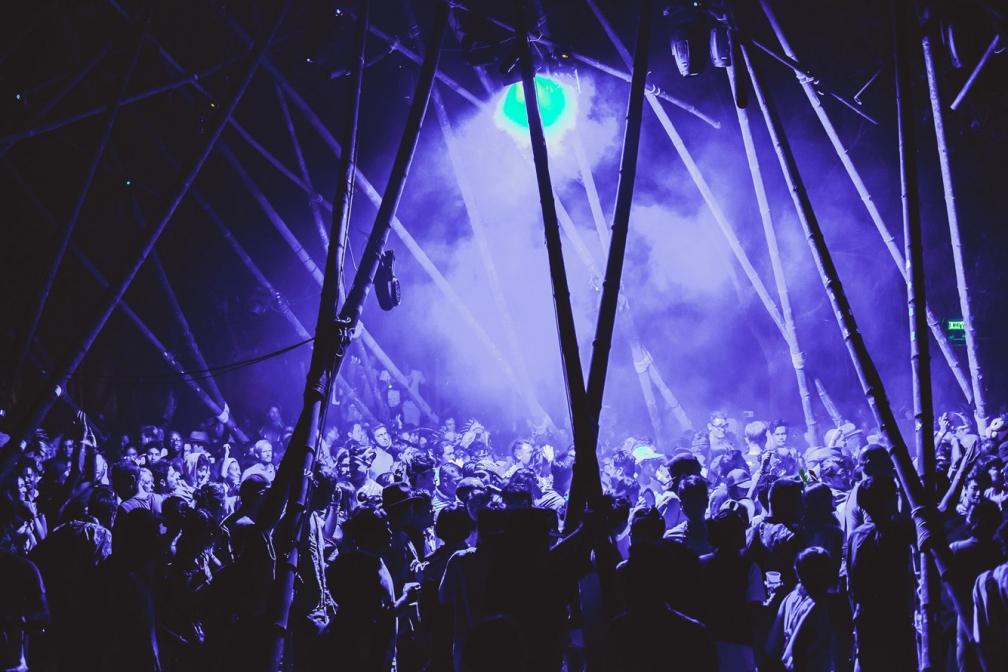 The Quarry Stage is one of our favorites as it's the festival's legendary after-hours stage that you’ll find down a winding path and nestled deep into the forest. It’s developed an almost mythical reputation for its elaborate and immersive design, which takes over 150 hours to build out of bamboo and fabric components. This year, The Quarry will host Nicole Moudaber, Simian Mobile Disco, DJ Yaya from the Desolat Collective, the faceless Headless Horseman from the almighty Berghain, Bangkok’s own Coran and more.

4 The Living Stage was made of 500 bamboo teardrops 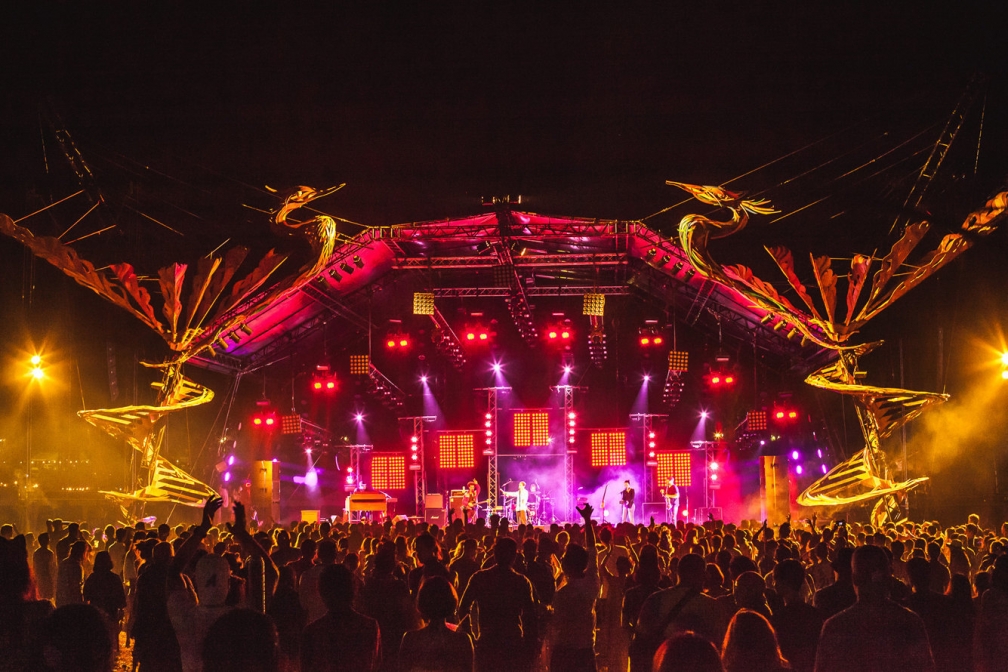 The Living Stage is home to the festival’s main stage acts. It evolves each year with each iteration different from the year before it. Last year, pictured above, was framed with twirling fantasy birds. This year, all we know is that it is being built from 500 bamboo teardrop shapes covered with blue and green fabric but the designer, Adam Pollina, is keeping the sketches a secret for now. Both Rudimental and Lianne La Havas will perform on the Living Stage this year.

5 5,568 meters of Jim Thompson fabric was used in total 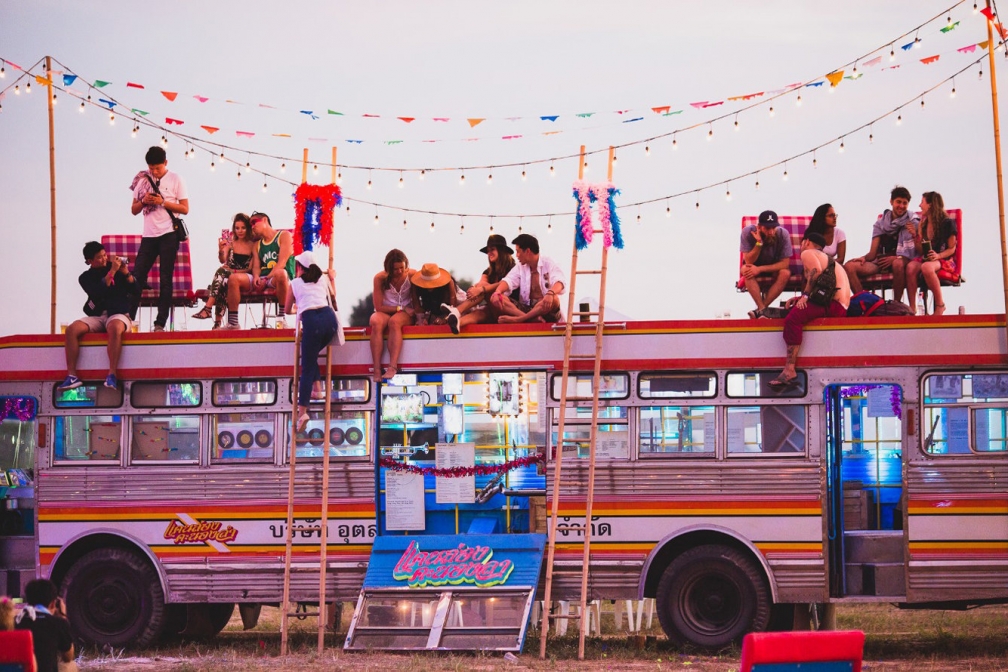 Jim Thompson was an American who helped revitalize the Thai silk industry before he disappeared in 1967. Now his fabrics are famous all over the world and were used generously to decorate the festival, so generously that 5,568 meters drape the site in total. You’ll find the fabrics anywhere from the cushions you lounge on in The Ziggurat to the boudoir curtains that line the Wonder Kar and of course, back by popular demand, the Molam Bus (pictured above), which is a bus converted into a performance platform for traditional Thai folk music and an interactive exhibition. Don’t be afraid to climb to the top!

6 198 trashcans were assembled from recycled bamboo 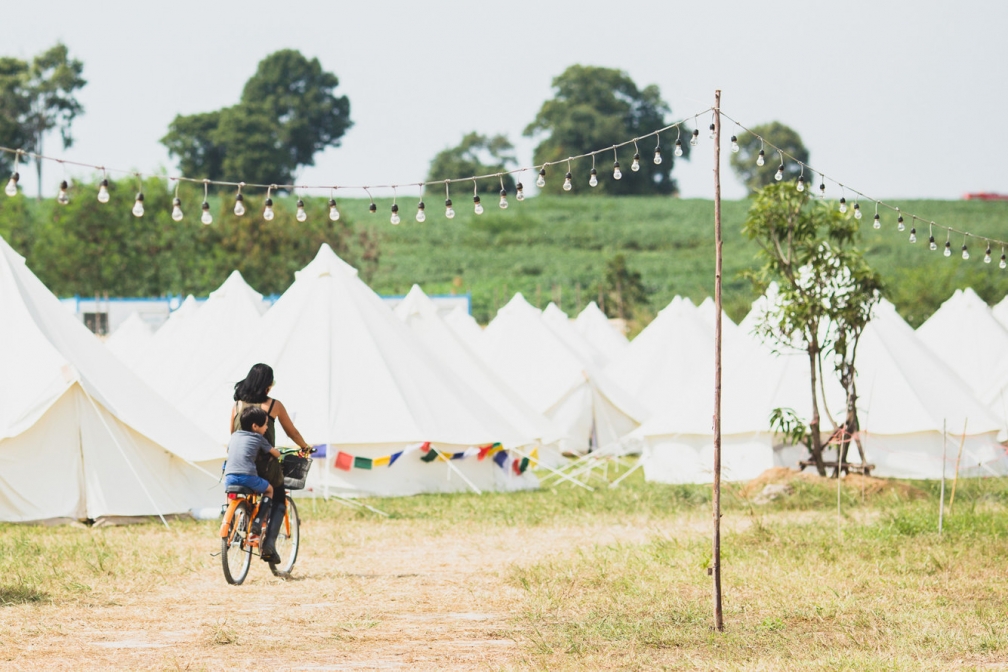 With an ethos of sustainability, Wonderfruit has cleverly constructed 198 trashcans out of pieces of bamboo that were recycled from last year’s structures. Don’t forget to use them and leave the festival site exactly as you found it. 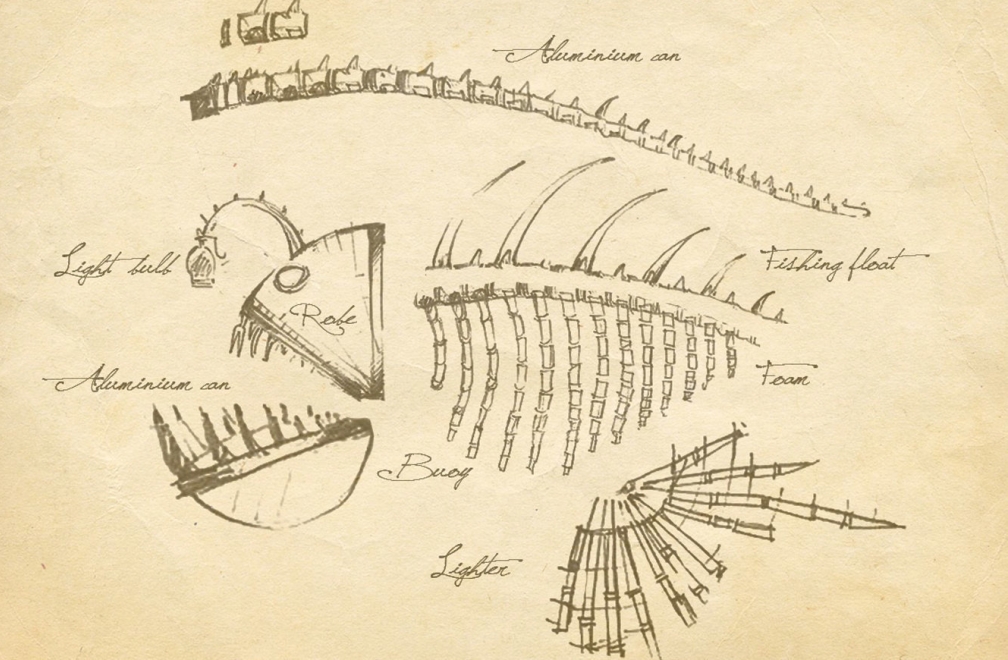 Over 2,000 lighters that were found a washed up on beaches around Thailand and cleaned up by Trash Hero were used to build Tom Potisit’s Little Monsters, which are essentially roaming puppets. Curious? We are too.

Wonderfruit, we can't wait. See you on the Fields!