A few hours ago, Italian talent Joseph Capriati dominated with a spontaneous 25-hour and 30 minute DJ set that took place at Heart Nightclub in Miami. Though he did have the intention of playing what’s known as a “marathon set”, he admitted the next day (after a long bought of well-deserved sleep, hopefully) that he had no idea he’d go on to break his personal record for longest set.

There’s something very special about the elite league of artists able to capture a crowd for five, eight, 10 or more hours thanks to their fine-tuned curation abilities. Danny Tenaglia championed his way to legend status after making his 12-hour sets a signature and any underground savant knows that a Villalobos set is a guaranteed good time with a strong chance of marathoning involved. Mixmag has compiled some of our absolute favorite marathon winners and their stories.

After 20 years in business, in 2015, Shoreditch’s beloved Plastic People club closed its doors, but not without one more final and worthy hurrah from Floating Points and Four Tet. Both had held residencies at the venue across the past eight years and had plenty to tee up to the decks for its speaker system’s final run. “We set about packing the anthems from our respective residencies,” Floating Points explains. “On the night, once the people were through the doors, [we] played two records in turn for the rest of the dance.”

In 2016, the nightlife community said a tearful goodbye to Space Ibiza, which closed its doors after hosting some of the most iconic nights in the White Isle’s history. Of course, it only made sense for fan-favorite Carl Cox to make the closing series a special one. For his 14-year long Music is Revolution residency, he played one final time in Space Ibiza, going out with a bang with an epic nine-hour set. He also decided to play vinyl for the first time in 10 years, giving the night an extra special touch. “I want to show respect to those older tunes,” Carl said about his marathon set. “Dig out some of my old vinyl and play them alongside new tunes.” He did just that, playing tunes from the likes of Derrick Carter and Jeff Mills to the surprising but heartfelt choice to close out with ‘The End’ from The Doors.

In 2008, Erol Alkan headed to Fire in London for a five-hour set on Easter Thursday. It would become the start to an annual tradition which saw him return every year ahead of the holiday for a lengthier and lengthier set - he’d add an hour for each new year that he completed the set. Five years later, he decided to conclude the series with a 10-hour set for the holiday set. Thanks to tradition, Erol’s set began with candlelight as it had every year and saw him playing a diverse variety of tunes ranging from ambient to disco cubs, eventually finding its way into the techno and house realm with a few pop and rock classics tossed in. 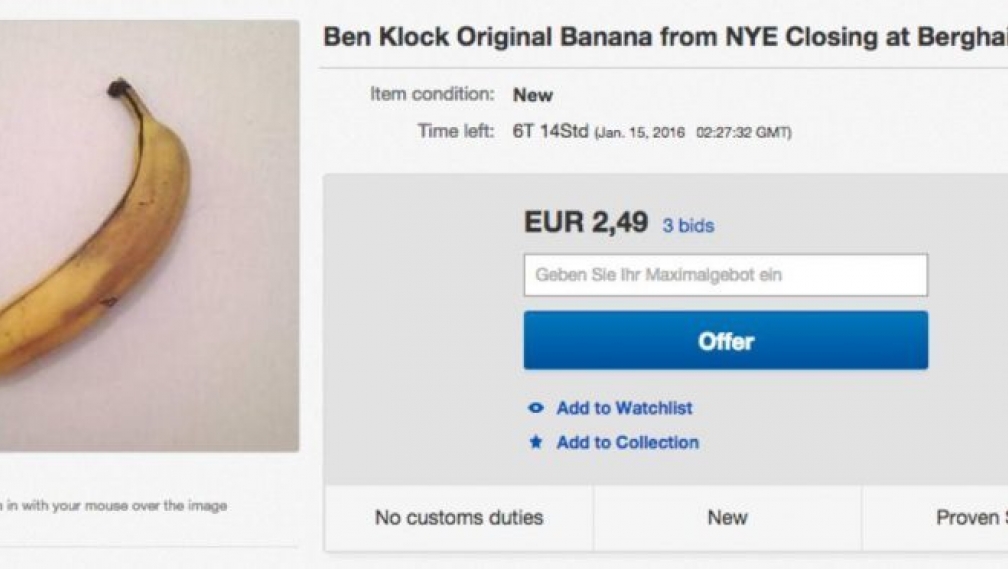 Some might remember the viral news that spread in 2016 about a banana, which was put on sale on eBay in 2016. But it wasn’t just any old banana, it was a banana that Ben Klock had brought with him as a healthy snack for his upcoming 12-hour set at Berghain. “Ben Klock had this banana with him to consume after his almost 12-hours long closing set on January 4 at Berghain/Panorama Bar,” user oke3000 wrote, excitedly. “He handed it to me [...] after [the] remaining ravers and me begged him to play another last record. I kissed his hand, he kissed mine and the banana was the physical bond of ours, of this moment. He explained he had some before and they were delicious; I believe him, his banana still looks yummy!” Despite only having information about the banana, we somehow still know that Klock’s set was totally epic that night.

Raving for a good cause is always commendable, but there’s yet to be anyone who has done it was well and as big as DJ EZ. The UK Garage pioneer announced that he’d be taking on a 24-hour set in the name of charity, simultaneously raising money for cancer research. "I've been lucky enough to enjoy a great DJ career and I'm also truly grateful for the support I've received,” he stated in the teaser video for the epic set. “So now, I would like to give something back to those less fortunate." The iconic set took place in 2016, ended up raising over £60,000 and concluded with a remix of the one and only ‘Three Little Birds’ by Bob Marley.

The Layover: Ravin' about Asia with Rave Republic