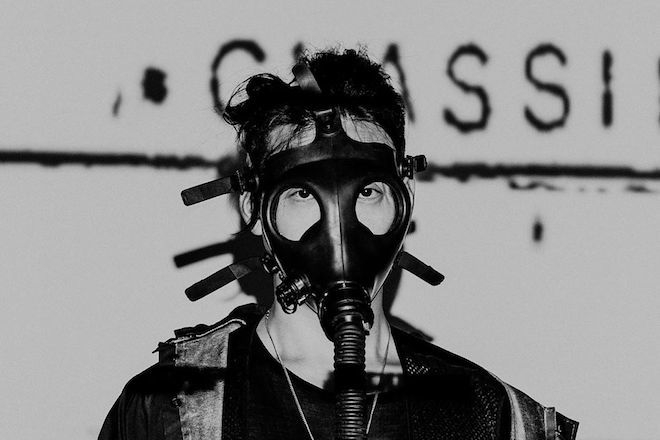 The always-mysterious Los Angeles based electronic musician and producer ZHU, whose real name is Steven Zhu and is of Chinese descent, has finally taken his mask off in a new video for his single ‘Came For The Low’ featuring partywithray. Until now, the super clandestine artist has never liked to show his face.

Shot outside Area 51 and using old clips from UFO files, ZHU finally appears unmasked in the video — if only for steamy seconds in what is a dark pastiche of his previously explored obsessions. It also appears to be a tongue-in-cheek recap of the meme that made Area 51, the now famous, air force base in Nevada, history.

The track itself, however, is curiously uplifting and hypnotically funky, with ZHU’s usual melancholy-yet-soulful topline and drone-like vocals mirroring the kick drum. At the end of the video, keep your eyes open for a cameo by hopeful US Democratic presidential nominee Andrew Yang at the end. Watch the video for ‘Came For The low’ below:

ZHU, who is known for known for his stark production and lush vocals, first infiltrated the dance music scene in 2014 with his critically acclaimed EP 'The Nightday'. The single ‘Faded’ dented the UK top five, and in the same year he was nominated for the Grammy Award for best dance recording.