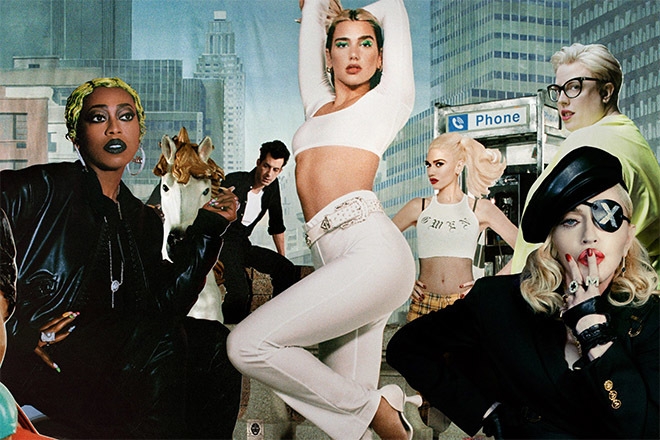 To have the audacity to compile a DJ mixtape like Club Future Nostalgia is certainly worth recognising. Kudos to Dua Lipa and The Blessed Madonna (formerly known as The Black Madonna just a few months ago) on achieving a crossover parameter that has never quite been seen before.

The British pop singer has been unleashing hit after hit singles over the last five months from her latest album Future Nostalgia — it's fuelled with dance floor essence but it’s still glittery pop. In search of fellow-female support, and while having the added benefit of bonus time on the lockdown clock, Dua turned to Marea Stamper aka The Blessed Madonna, to lead the A&R and produce a clubbed out version of the album — enter Club Future Nostalgia.

Just by running down the track list, it’s certainly a flirtatious affair, with Dua and Marea teasing classic underground sensibilities with pop charm. And by no means does this surprise us, she just happens to be one of those main stage artists who puts up very few boundaries. Dua first raised eyebrows about her love for house music when she collaborated with Calvin Harris for a garage-friendly summer anthem ‘One Kiss’, and also with Diplo, Mark Ronson and Silk City for her 2018 single ‘Electricity’.

Amongst the heavy and celebrity-fuelled line-up curated by Stamper which includes Madonna, Missy Elliot, Moodymann, Larry Heard, Jayda G and Paul Woolford, there is one younger than old school name that stands out for her version of Duas ‘Don’t Start Now’ — Korean-American obscure electronic producer, Yaeji. She certainly stepped up to the plate by delivering a tasteful rendition that upholds Lipas vocal tenacity, while drilling a raw textured house groove and a throbbing bassline, with a dash of acid laced over it for good measure.

Yaeji has almost accidentally usurped the limelight that shines over the ever-growing pool of Asian electronic producers. Her music speaks for itself, just like her quirky appearance is reminiscent of her musical style — raw and authentic, and while whimsical at times, it’s club music to take seriously. Joining her on the Asian diaspora is Gen Hoshino, famed music producer for several Japanese TV shows. He’s also well known for his claim to the current theme tune of popular Japanese cartoon Doraemon, which fell into place after he produced the song and titling it with the show’s name.

What we love about this is how far and wide an audience Dua has taken her sound to, and more importantly, the new sounds that she’s exposing her fans to — Stamper and Lipa have undoubtedly attempted to bridge a gap that most don’t even consider or see much relevance in. And although she’s America-based, Yaejis involvement as an electronic producer adds to the geographical crossover simply because of her strong Asia following — she was listed as one of the 22 visionary artists to watch out for in 2020 by Mixmag Asia, and it’s safe to say we were on the money with that choice.

Dua Lipa and The Blessed Madonna ‘Club Future Nostalgia’ is out now. Have a listen to the 18-track, almost 40-minute mixtape below.