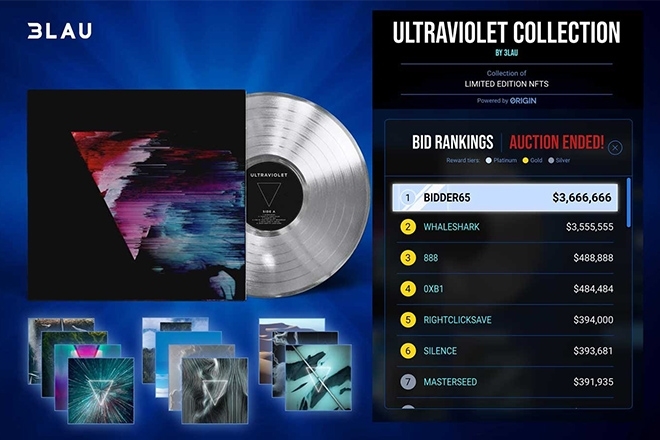 Is it a bubble? Is it the future? It’s too early to tell, but our attention to non-fungible tokens (NFT) is certainly piqued.

NFT art sales have been trending these last couple of months, and the craze was recently fuelled by a burned and destroyed Banksy piece that sold for US$380,000.

The hype has shifted into the music sphere with EDM DJ and producer 3LAU who earned a whopping US$11.3 million in less than 48 hours by selling the world’s first full album ‘Ultraviolet’ via his own bespoke digital-token auction site.

The NFT album is a re-release from his long player ‘Ultraviolet’ from three years ago. The top 33 bidders will receive the vinyl non-fungible token (NFT), which will allow the NFT owner to redeem anything from special edition vinyl 3LAU albums, unreleased music, to a custom song with creative direction from the buyer.

In case you are unfamiliar with non-fungible tokens, it is a form of non-interchangeable cryptographic collectible, which has gained a lot of attention in the last couple of weeks as it is slowly taking place in the crypto art market. Since the news of 3LAU broke out, more and more musicians and artists are expressing their interest in putting out their works on NFT as well, including Kings of Leon and Grimes. The rise of NFT could be a new way to replace the currently booming subscription-based model, as it forms a tighter interaction with fans and fans could later resell it to others who are also interested and reach an even further audience.