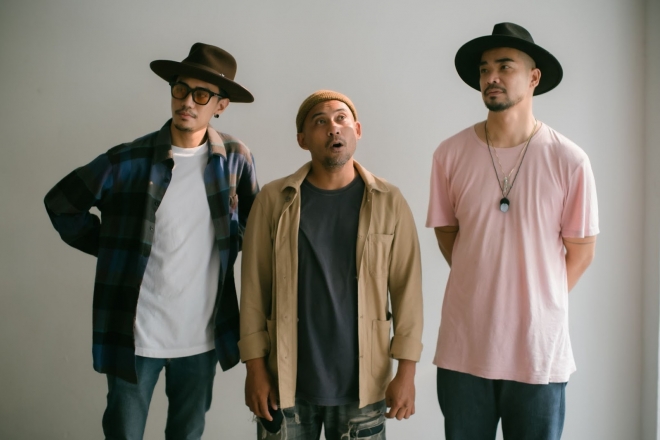 In the second edition of the Alur Bunyi 2021 concert series, Jakarta’s sophisticated artistry is showcased in the form of a specially conceptualised concert by Batavia Collective at the GoetheHaus Jakarta on June 23, 2021, and broadcasted on the Goethe-Institut Indonesien Youtube channel.

For one hour, the Jakarta-based trio Batavia Collective performed a mind-entangling sonic buffet of solid, inventive musicianship tripping from future jazz, classic soul, deep house to hip hop. With grooves that would feature the nostalgic elements of an electric piano, the growl of a synth bass or that fat low-tuned snare that would show up every now and then.

Epoch synths, guitar pedals, a Rogers drum kit, the SPD, and that Nord may blindside the listener when trying to forecast the genre-defying ruggedness of Batavia Collective.

It is a rare occasion where the highest modernity of musical technology would find a home in the hands of such emotive instrumentalists at the level of Elfa Zulham, Kenny Gabriel and Doni Joesran. Still, to the fortune of our artistic appetite, the stars aligned, and now we have Batavia Collective.

Inspired by the wired nature of Jakarta, the collective depicted the city sonically while the visuals were provided by the all-you-can-culture metropolis itself. 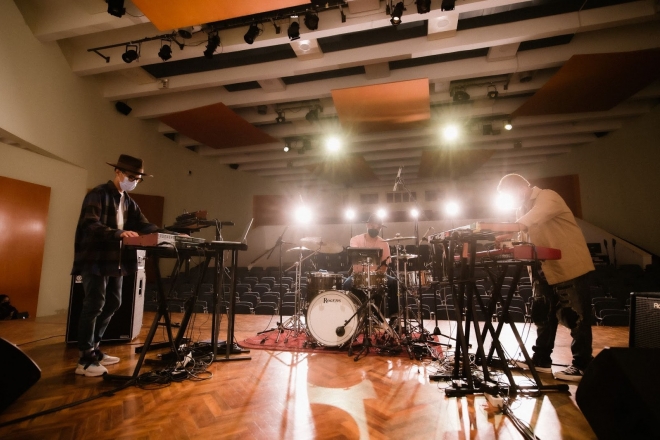 “The performance depicts Jakarta from morning to night, including the daily lives of the people who live in the city. Batavia Collective wants to pay homage to the place that shaped our music sonically,” say the three members of Batavia Collective.

Thanks to acclaimed jazz composer Adra Karim, who curates the Alur Bunyi contemporary and experimental jazz series, this year’s showcase reserved the stage for electronic and jazz musicians, with a total of 5 editions to be broadcasted between April and November.

The Goethe-Institut is home to the Alur Bunyi series and actively promotes cultural exchanges worldwide by offering educational programs to strengthen intercultural dialogue.