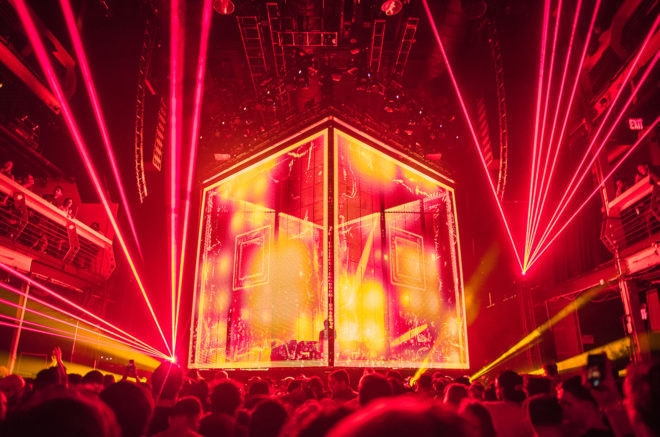 In the midst of a massive Epic 4.0 run, Eric Prydz took a moment to honor the all-hailed Daft Punk through his larger-than-life visual production. During the first of his two stops in Los Angeles, Prydz played out a remix of his own 'Blue Monday' with the robots' famed 'Harder Better Faster Stronger' to an audible cheer from his sold-out crowd.

As the track hit its stride, the Swedish producer's awe-inspiring visuals flipped to the famous Daft Punk set up from their 2007 Alive tour for a special homage moment.

See a video of the show below.