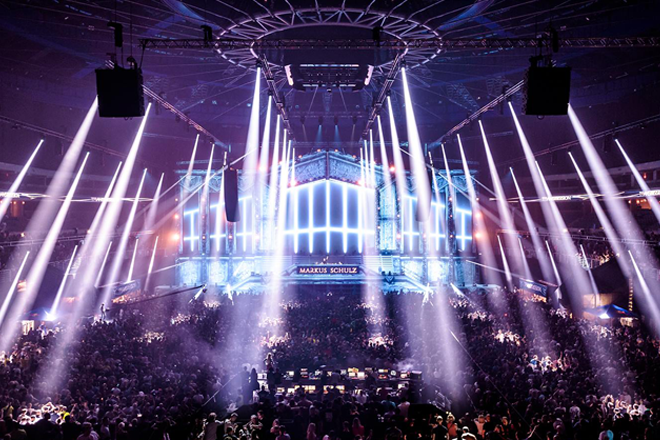 If 2016 taught us one thing about the state of electronic music, it’s that trance is far from dead and 2017 could see the genre revived in a big way in more corners of the world.

Transmission Festival, originally from Czech Republic, has established itself as one of the world’s premier trance festivals and the festival will expand to Australia and Thailand in 2017.

Last week a video surfaced of a jaw-dropping light show from the festival’s flagship event at the O2 Arena in Prague. It’s a six-minute long psychedelic show set to Armin van Buuren and Vini Vici’s re-work of ‘The Great Spirit’ that displays some seriously extravagant visual opulence and is blowing ravers away in person and online.

While we can’t be sure that Transmission will bring the same scale show to Thailand as seen in the video below, it will be the same performance and concept that debuted in Prague for the 10th anniversary.

"You can expect an extraordinary amount of 18 lasers combined with over 300 lightning fixtures synced with special effects, video mapping and stage performances by dancers and actors creating an exceptional show  that definitely will blow your mind and that will be something never shown before in the Asian region. Transmission Asia will be held in the brand-new hall 100 in BITEC which is the only venue that could hold the massive 44 meters wide and 23 meters high stage."

The festival has also said it is set to hold “Asia’s biggest laser event and outstanding visual spectacle” and after watching the video below, we believe it.

[photo via Petr Klapper for The Trance Project]