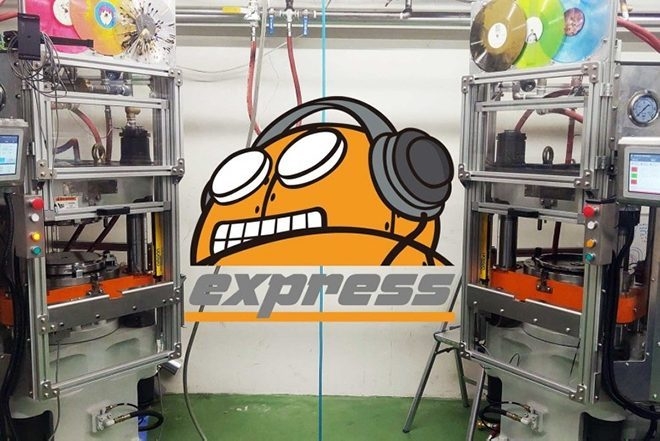 Based in Taiwan, the vinyl pressing plant Mobineko has confirmed the launch of a new service called Mobineko Express which will deliver limited release pressings in a four-week turnaround.

Even though most worldwide pressing plants have a backlog of work due to a surplus of orders clashing with the number of resources, Mobineko will be pressing and delivering orders between 25 to 100 records in a quicker time with this new express service.

Mobineko released the statement: “We've seen lots of frustrated artists talking about pressing plants refusing to take orders for 2022 delivery so it's impossible for us to keep this news in the bag any longer.”

They added: “Mobineko has spent the last few years building a brand new press that's designed from scratch to be extremely efficient and fast for pressing runs starting at 25pcs with a 4 week turn time.”

Richard Dron, founder of Mobineko told Resident Advisor: "These presses are special because it can take anything from an hour upwards to change tooling and prepare for a new order on a traditional record press,”

"Then you have to wait for the press to warm up and run a few dozen records before you start getting acceptable quality.

“Obviously, it's a big issue wasting all of that time and PVC on a small order of 50 or 100 which is why most plants won't even think about pressing fewer than 500.

“Our new presses are designed to have tooling that's very fast to change over and they auto-calibrate so the first record is perfect even running from a cold start."

Mobineko Express will firstly be opened for existing Mobineko customers but if you think you might be interested you can register here for early access starting in a few months.