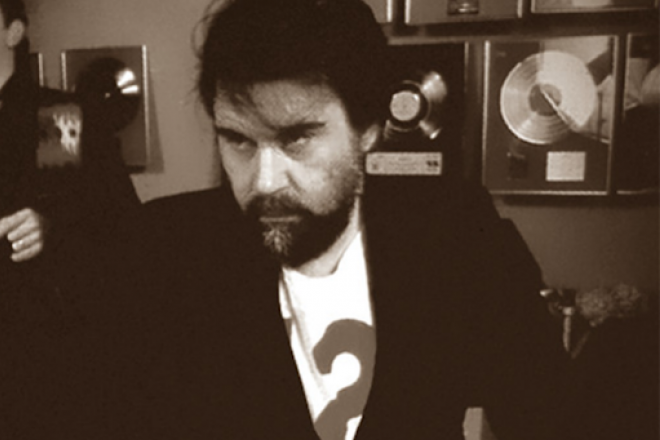 Vangelis, famed for his work on movies such as Blade Runner and Chariots of Fire, has passed away aged 79.

Greek Prime Minister Kyriakos Mitsotakis confirmed the news on Twitter today, with representatives for the composer confirming that he died while receiving hospital treatment in France on Tuesday.

Vangelis, real name Evángelos Odysséas Papathanassíou, is widely credited with the popularisation of electronic music in film, in particular synthesisers. He received an Oscar for his work on 1981 film Chariots of Fire, going on to create soundtracks for Blade Runner, Missing, The Bounty, Alexander and more.

Having been raised in Athens, Vangelis first got his start in pop music throughout the late 60s and early 70s as a member of Greek outfit Aphrodite's Child, later known - after his departure - for iconic psychedelic rock singles such as 'Rain and Tears' and 'End Of The World'.

Having departed the world of commercial music, Vangelis moved to the world of TV and film scores — becoming quietly respected for his work on a number of Greek and European soundtracks throughout the next decade.

However, the release of the Oscar-winning Chariots of Fire in 1981 catapulted Vangelis into a household name — leading him to win an Oscar himself and a UK Top 40 hit, with the instrumental theme of the film.

His work on Ridley Scott's cult classic Blade Runner helped popularise the use of electronic instruments, in particular synthesisers, in film soundtracks – setting the bar for Dystopian soundscapes for the next four decades.

Due to his work on Chariots of Fire, Vangelis has been a firm favourite to create soundtracks for major sporting events, such as the 1997 World Championships in Athletics, the 2000 Olympic Games, the 2002 FIFA World Cup, the 2004 Olympic Games in his home city of Athens and the 2012 Olympics.

Throughout the final years of his life he focused on standalone compositions inspired by space, including a piece inspired by the 2014 Rosetta Mission, including 'Rosetta's Waltz' — which was performed live at Stephen Hawking's memorial service at Westminster Abbey in London.

Tributes have been pouring in for the seminal composer on social media.

Greek Prime Minister Kyriakos Mitsotakis paid tribute in a statment on Twitter. It is translated as: "Vangelis Papathanassiou is no longer with us. For the whole world, the sad news states that the world music firm has lost the international Vangelis. The protagonist of electronic sound, the Oscars, the Myth and the great hits."

"For us Greeks, however, knowing that his second name was Odysseus, means that he began his long journey in the Roads of Fire. From there he will always send us his notes."