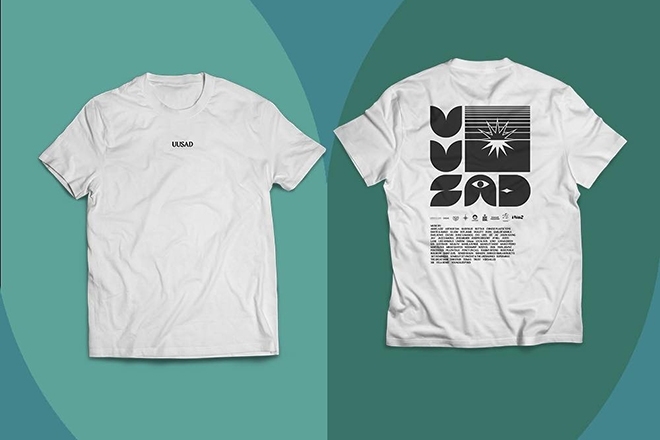 On November 11, 2020, the powerful and deadly Category 4-equivalent Typhoon Vamco, known locally as Typhoon Ulysses, struck the Philippines, causing the worst flooding in Metro Manila since Ketsana in 2009, leaving thousands homeless. To make matters worse, that isn’t the last devastating typhoon to hit. Located in the Ring of Fire, the country is hit by approximately 20 typhoons a year which makes it almost impossible for residents to fully recover.

With lockdown still in place due to COVID-19, and the local government struggling to assist residents, creatives scrambled to figure out how they could aid communities displaced by the typhoon. One of these collaborative projects is UUSAD (which means ‘to progress’ in English), founded by Manila-based DJs Luis Miguel Monserrat a.k.a. Luh Masheen and Sky Dominique.

In partnership with Kamalayan, the duo offered a package that included music from over sixty local producers, and a limited run shirt designed by Monserrat. All proceeds of said package were then utilised by their beneficiaries, Kids for Kids PH, The San Mateo Dog Pound, and ForTheFuture.

“The truth is, as artists and musicians, most of us were looking for a way to put our talent to meaningful use following the various calamities that hit our homeland. This little initiative, UUSAD, brought us all together and gave us a unified goal to chase after,” Monserrat told Mixmag Asia.

“If we're being honest, we didn't originally plan for something long term. The main thing on our minds in the beginning was getting help out there as soon as we could, while still offering something of quality and substance to the public,” Dominique added.

The project initially started small, with the duo reaching out to their own music collective, Logiclub first, but after local artists caught wind of the project, they were more than happy to support the cause.

“All of us as individuals were looking to help out in our own way, but realized that if we pooled our minds and talent, we could come up with something really special. It's no real secret that in the local music scene, everyone sorta' knows everyone somehow. We decided to tap into that a bit with UUSAD to create a modest collection of music, little did we know so many artists would enter the fold and come together to make the monumental compilation we have now,” said Dominique.

According to the duo, as long as they have artists keen on joining in their creative outreach, then listeners can always expect to hear more from them down the road.