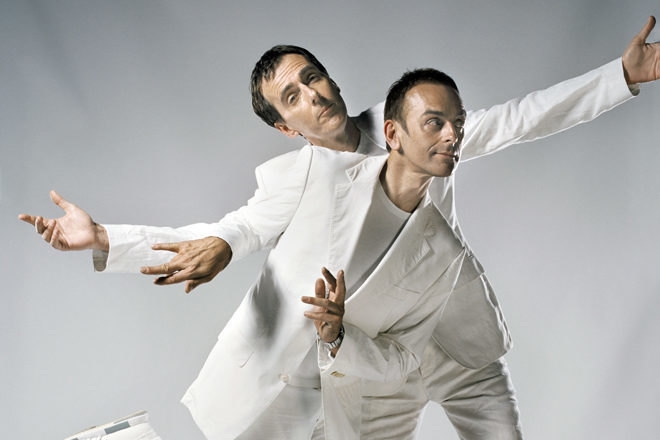 British electronic music legends Underworld are set to play in Bangkok for the first time ever. It will also be the first time in nine years that they play in Southeast Asia. Their shows have been likened to religious experiences and after two and a half decades in the game, this is a really big fucking deal.

The duo will play part one of the inaugural Super Summer Sound on Saturday May 13th at Asiatique The Riverfront. Part two is scheduled for May 31st. Few details have been released surrounding the event but are expected soon. We do know that the music and art event is to feature plenty more local and international acts, with Underworld being joined by Maika Loubté, DCNXTR, Kidnappers, X0809 and DJ Nolen.Volens.

Underworld rose to fame in the mid 90s and their song ‘Born Slippy’ from the Trainspotting soundtrack is often cited by DJs in the industry as one of the most influential songs to their careers. Most recently the duo released 'Barbara Barbara, We Face A Shining Future' in 2016 so you can expect songs from their latest alebum to feature in the tour.

Prior to the show in Bangkok, the group has also just annouced two shows in Australia in April.

Relive the magic of 'Born Slippy' below.