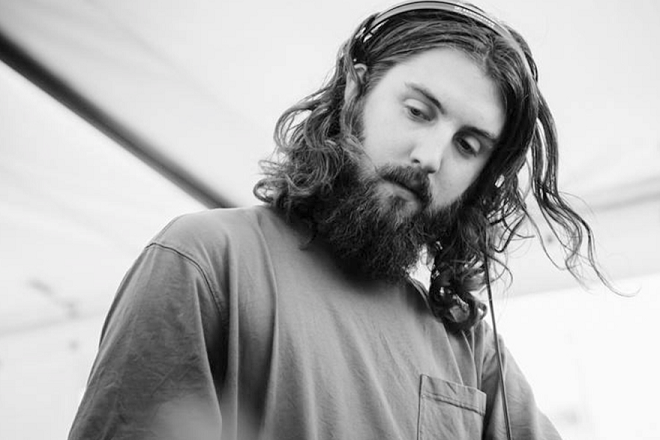 Australian in Berlin Tornado Wallace dropped his eagerly-awaited debut on Japan's Mule Musiq late last month, and the stunning result is proving to be a firm favourite among the planet's cosmically-inclined selectors and collectors.

Yet another dazzling supernova from the seemingly never-ending stream of slick musical talents to emerge from the Melbourne disco pot, Tornado Wallace is rightly regarded as of the finest deeply-rooted producers of his time. Bursting onto the scene just ten years ago, he hit the ground running with his earliest heavy-hitting efforts – such as the slow-burning deep house builder 'Paddlin'. Since then he hasn't put a foot wrong, with both his sound and technique forever evolving and perennially making for vital listening. He's released on the coolest of the cool imprints, including ESP Institute, Beats In Space, and Delusions Of Grandeur, and here he makes his bow on arguably Asia's finest, Mule Musiq. If we've learned anything from listening to his back-catalogue, it's that – aside from a ridiculously high quality threshold – we shouldn't assume too much about what to expect from any new material. Offering constant aural twists and turns throughout his career, he's delivered more than a few pleasant surprises along the way. The sparkling form continues on his latest long-player.

The album is, in fact, taken from a Japanese promo CD which saw only limited release back in 2018. The 32-minute epic track contained within has here been split asunder to neatly fill two-sides of wax. 'We're Where We Were' parts one and two see Wallace in boldly experimental mood. The music tantalisingly ebbs and flows over a blissfully introspective sonic journey. Subtle textures, swells and synth sweeps appear and disappear over distant horizons. Drums rise and fall sparingly as delicate instrumentation joins the fray, while field recordings, dubbed-out delays and evolving layers complete the vast and surreal soundscape. Ambient but with gentle shades of house, the music is most definitely horizontal in nature, seeming to be perfectly suited to accompany star-gazing meditations or at-home listening sessions.

Stunning work from Tornado Wallace, and a welcome addition to the ever-wonderful Mule Musiq roster.

Tornado Wallace 'We're Where We Were' is out now on Mule Musiq. You can buy it here