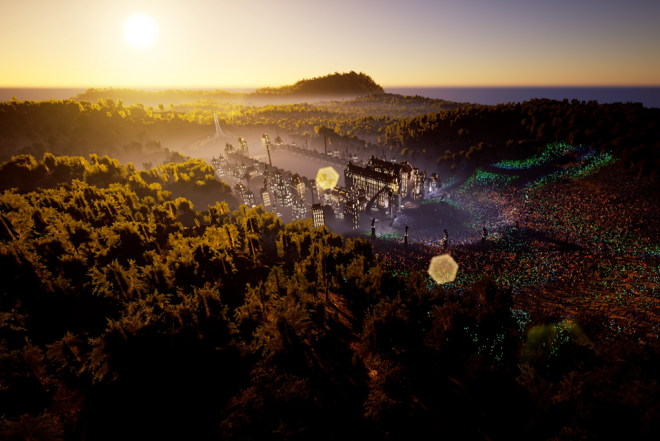 Earlier this year, Tomorrowland was forced to cancel its winter festival that usually takes place in the French Alps during March. In fact, the 2021 edition has also been cancelled since Tomorrowland Winter requires a lot of preparation, both by the organisers and local partners, and the future remains unpredictable. The 2020 edition of Tomorrowland’s Belgian behemoth was also cancelled, leaving fans all over the world with withdrawals. The festival draws around 400,000 people annually from all over the world and is one of the music industry’s most important events across all genres.

Fortunately, the organisers came up with a crazy idea: they turned the July event into an entirely digital festival that was rolled out via virtual reality. The online alternative featured eight different stages and over 60 artists. The output was so impressive that it basically set a new gold standard for live-streaming that will be difficult to top. More than one million people “attended” the event, which took place across their online island of Pāpiliōnem — a 3D environment that was created for festivalgoers to explore, navigate and interact together with their friends.

After the event, it was disclosed that the production took a combination of four separate studios, 38 digital cameras and more than 300 terabytes of raw footage to piece together the final production. Now, they’re pulling back the curtains on the making of the event with a behind-the-scenes documentary called Never stop the music – The Creation of Tomorrowland Around the World.

The 18-minute film is free to watch on YouTube and offers a unique glimpse into the story behind the two-day digital music festival experience. It also features testimonials from artists like Amelie Lens, Tale Of Us, Adriatique, Dixon, Adam Beyer, Stephan Bodzin, Martin Garrix, Paul Kalkbrenner, Nervo, Dimitri Vegas and more. They talk about their experiences in face of the pandemic as well as the experience of playing the cutting-edge digital festival.

Watch Tomorrowland Around The World below: