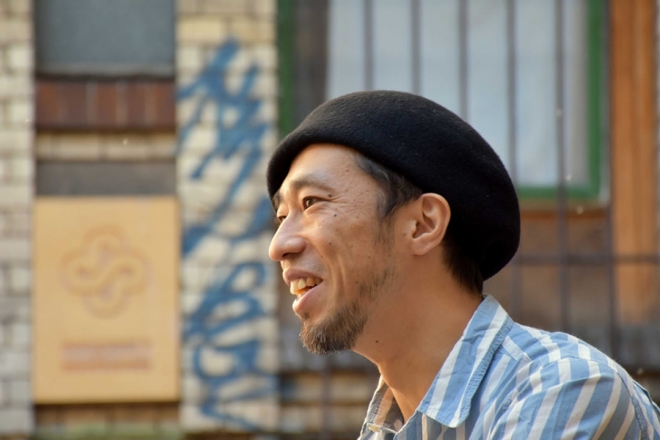 The much-revered Tokyo DJ known as Chida has returned to us by way of his alter ego Mr. E, breaking a decade long production hiatus with a new two-track release for Dekadenz Records out of Jakarta.

As a pioneer of the Tokyo electronic underground music scene for almost 30 years, Chida embodies all elements of a true DJ. As one of Tokyo's most respected DJs, Chida sharpened his toolset learning along with legendary artists such as Masters at Work and Strictly Rhythm. In Japan, Chida is known for his marathon sets that can last in excess of 12 hours. He launched his label 'Ene' in 2009, and the ultra-limited releases are extremely hard to find but live up to every bit of the hype surrounding them.

The latest Mr. E project features two tracks, 'Edit 018' and 'Edit 019'. The songs come with a heavy psych rock influence, both chuggy in nature but slotting in appropriately alongside other releases in the vein of indie dance music. 'Edit 018' is dominated by a simple guitar riff calling for all of your parents best dance moves while 'Edit 019' has a heavier percussive element to it with a playful guitar lick of middle eastern inspiration. The release slides in perfectly on the shelf alongside the rest of the Dekadenz Records catalogue.

Dekadenz Records is operated by Jonathan Kusuma and Aditya Permanaand Ridwan. The label focuses on primitive electronics and synthetic rhythm and metallic beats. Their collab release series 'Themes For Divided Tribes' features a who's who from across the region including Komodo (Indonesia), Sunju Hargun (Thailand), Ed Dix (Malaysia), Muto (Singapore) and Mr. E (Japan).