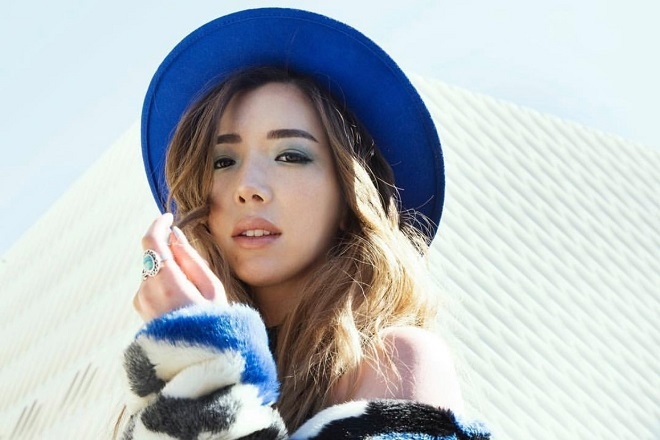 Stacey Lee's forthcoming documentary 'Underplayed' delves deep into the experiences of female artists operating within the electronic music business. The film discusses the hurdles female DJs and producers face, and the negative bias they encounter compared to their male counterparts. Filmed during last year's festival season, the documentary features female artists who are currently making waves in the world of dance music, including TOKiMONSTA, Rezz, Alison Wonderland and Nervo.

The fundamental core of dance music has a history firmly rooted in inclusiveness. Born out of outsider and minority communities – from the gay clubs of New York to the warehouses of Chicago – it's perhaps surprising, or at the very least depressing, that genuinely talented female artists continue to find it hard to establish themselves in an industry which is still largely dominated by men. There has always been value in the faceless nature of the dance scene. Lost in late-night club music, dancers have little idea of the origin, orientation, skin-tone or gender of the creator of the sound emanating from the speaker stack.

One would hope that this anonymous essence would make for a level playing field, but sadly that doesn't appear to be the case – in 2019, only five of the top-100 ranked DJs were female. When considering the number of high-quality female producers and DJs operating today, that statistic speaks volumes. While there has been a shift in policy for certain types of bars and clubs to actively request good-looking female DJs to perform in place of their less photogenic male equivalents, the flipside of this is that genuinely talented female artists often struggle to be taken seriously.

In the documentary, Korean-American producer TOKiMONSTA complains of facing comments such as "oh TOKiMONSTA? She didn't even make that, her boyfriend made it." The reality though, is that she is a luminous example of a female producer with the highest-level of production ability. Emerging in 2008, TOkiMONSTA (real name Jennifer Lee) was the first female artist to sign to Flying Lotus's Brainfeeder label. Since then, the LA-based artist has recorded six studio albums, including 2017's Grammy award-nominated 'Lune Rouge'. Her expansive sound ranges from ultra-mellow trip-hop beats to pop-tinged R'n'B, through to immaculate deep house and beyond. To be frank, her catalogue of work more than stands up to the vast majority of the electronic music canon, and as such, it would be utterly absurd for her, or any other artist of her calibre, to be denied recognition based on chromosome composition.

However, as the film highlights, the state of affairs is by no means all doom and gloom. There are a growing number of female artists whose work is so phenomenally good that it has proven to be an irresistible force. Also interviewed in the documentary are Sherelle, Nightwave, Chippy Nonstop, DJ Duffey and Suzanne Ciani. Between these artists, and more besides, there is hope that dance music will in time emerge as an ultimate meritocracy.

Regardless of gender, talent is the only prerequisite that should really count when it comes to gaining recognition in this notoriously cut-throat industry, and the women featured in this insightful documentary are among a dynamic number who have that in spades. If you can't handle that, you might want to move out of the way.