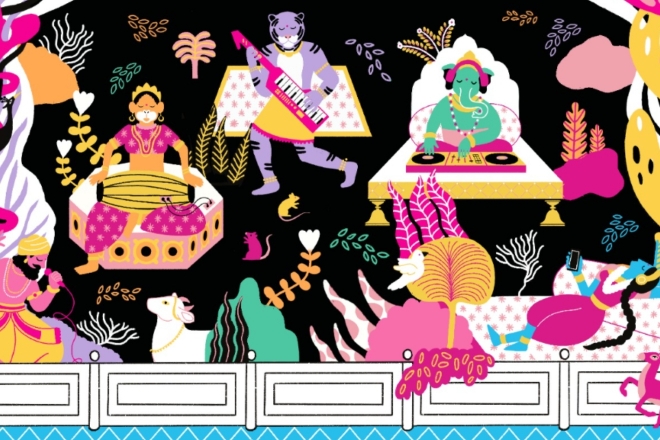 Todh Teri culminates his ‘Deep In India’ series with a tenth and final volume that comes in a limited edition double-vinyl pack and includes the best of the ‘Sampadan’ collection.

Edit maestro and analogue fiend, Todh Teri, has generously lent his reworks and edits to the music world since 2017 when he released ‘Deep In India Vol 1’, where we first introduced to the ongoing series of tracks under the ‘Sampadan’ title.

And just like his artist persona that’s loaded with anonymity and curiosity, it’s no surprise that he’s elected to showcase a slightly controversial side of Indian cinema music for the ultimate in his ‘Deep In India’ repertoire. Indian cinema music is an area he’s spent years honing through his sampling splendour, churning out slo-mo, disco-fused, acid-driven house grooves, with a warm reception of rotation from DJs and collectors across the global disco edit circuit.

When he was asked if this was really the end of the 'Deep In India' series, Todh Teri told Mixmag Asia, "Or it could be the beginning of something new, time will tell."

He added, "I am working on a project with a close friend and collaborator, more details will follow soon. Meanwhile I am focusing on my new and revised live set and shows. My love for edits is never-ending, but for now I am taking a step back and letting this project breathe a bit. I wish I could give you a straight answer, only if I knew myself what is actually going to happen in the future."

With that in mind, it's a guarantee that the vinyl value of 'Deep In India' series is going to continue to rise. Not only have collectors been in awe of the music itself, but also for the accompanied artwork illustrated by Costanza Coletti with Art Direction from Manoj Kurian. 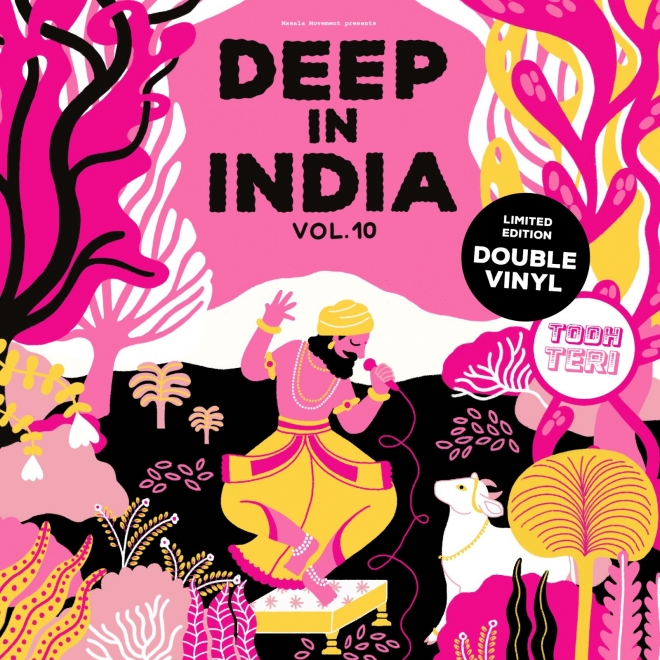 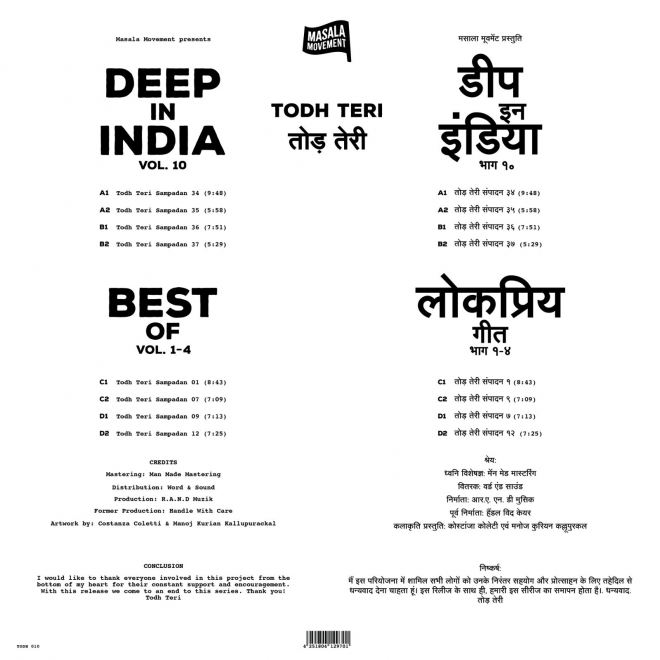 Sampadan 36’ could be considered a pinnacle single by the ghost-like producer — tapping into his deep knowledge of Indian cinema, Todh Teri has craftily relishes both melody moments and vocal heroism via 90s Bollywood hit which literally translated to ‘what lies behind my blouse and below my scarf’. The lyrics of the song sparked a huge debate in 1993: during the song in the movie, two women appear to be courting each other, and the central lyrics combined with suggestive dance moves hint at sexual motifs of uncovering and covering. While the song highlights and reminisces a debate based on perceptive context with a lack of status quo (i.e. the patriarchal hierarchy the Indian film industry still lives under), Todh Teri shines light on the musical madness the song also stood for.

By way of 'Sampadan 36', he’s reinvented the song’s interpretation through a slick, acid-tinged, low-slung BPM house groove, that you should be shaking legs and arms to. 'Sampadan 36' is just one of the gems on Vol.10 that Todh Teri offers on this trip down memory lane, and you are advised to embrace being time capsuled in the nostalgia of a controversially artful space he cherishes so dearly, vintage Indian cinema.