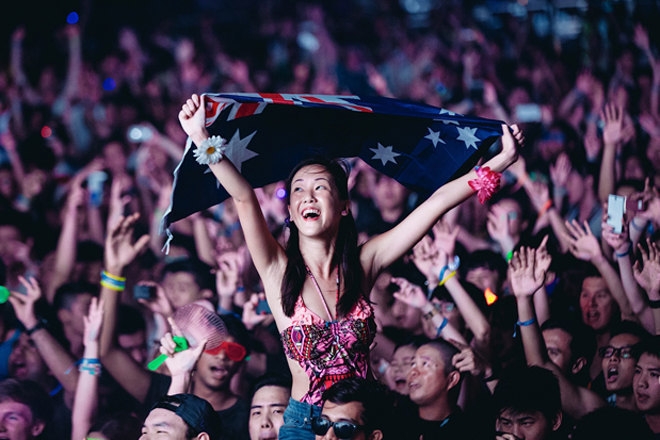 The world festival is as misinterpreted as the term underground music these days and is oft misused as a label but nonetheless, it stands for a massive event and especially in the case of Southeast Asia, it symbolizes a massive growth in the scene in how many festivals are popping up and the magnitude in which they are executed is spectacular. Year after year, the number of festivals are growing, the lineups are becoming bigger and more competitive, not just with themselves but with festivals around the world too. Rest your wallets, rest your eyes and rest your livers because there is much to look forward to. See you out there! 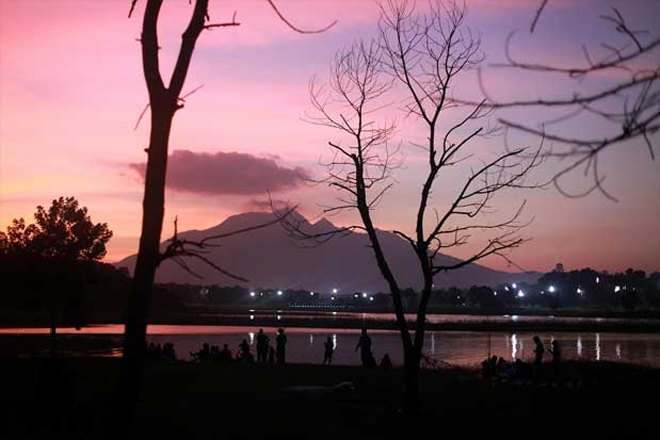 Vietnam is quietly emerging as Southeast Asia’ newest dance music destination and the untapped region has even attracted the likes of Diplo and Zedd as of late, but its also fostering it’s own local scene and Quest Festival is picture perfect example of the country’s unique contribution to the Southeast Asian music scene. Located just outside the bustling capital city of Hanoi, Quest has had a few momentous years, expanding from 250 person glorified camping trip to an expected 3,000 revelers this year. The multi-day music and arts festivals gives exposure to over 80 DJs and while the focus is not on international talent, they always book a few. Camping is recommended and immersive adventures are encouraged. 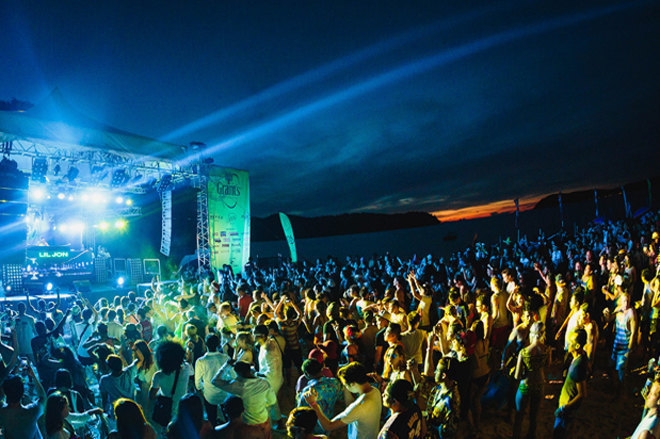 It’s The Ship became Asia’s inaugural cruise ship festival last year and it went so well that they’re back for an even bigger go this year. Hosted by The Livescape Group, the floating festival offers an enticing three-day sun soaked party jam packed with some of the world’s top artists aboard a state of the art cruise ship. The award-winning Voyager of the Seas sails from Singapore into the straits of Malacca towards Malaysia and back again. With tons to do on board like popup parties, beach parties hosted by people like Lil Jon and last year even saw a private after party with Sasha Grey, this year is expected to be even more raucous. It is a truly impressive event in showcasing the growth of the music industry in Asia and easily rivals its North American counterparts. Expect the young, the hip, the wild and the wealthy. 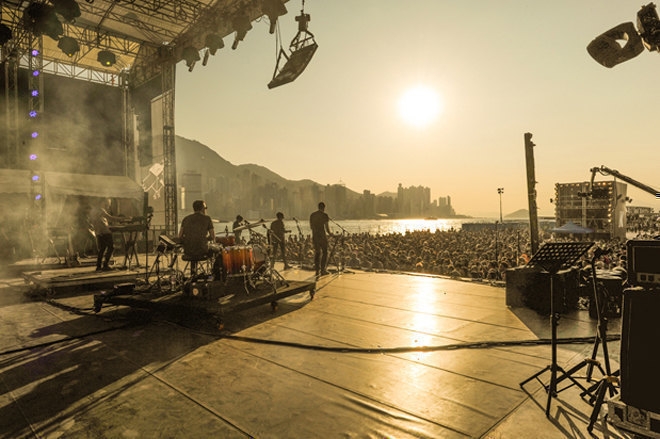 Clockenflap has got a good thing going in Hong Kong because it’s the one time a year that the entire city vibes together in one spot for a weekend – also meaning it’s multicultural and family friendly. To do that so successfully, the festival mainstay offers a wide variety of local, regional and international artists and musicians spread across a wide variety of genres. In one day, for example, you can get your rock, indie, folk, experimental and even nu-disco fix, making it a proper music festival when compared to the west. The full line-up has yet to be released for the festival’s eighth edition but the few names that have already signed up are solid and it’s shaping up to be the festival’s biggest year yet in the city’s most unbeatable location.

On the bill: The Libertines, Damien Rice, Flying Lotus, Ratatat, and Blackalicious. *first wave only 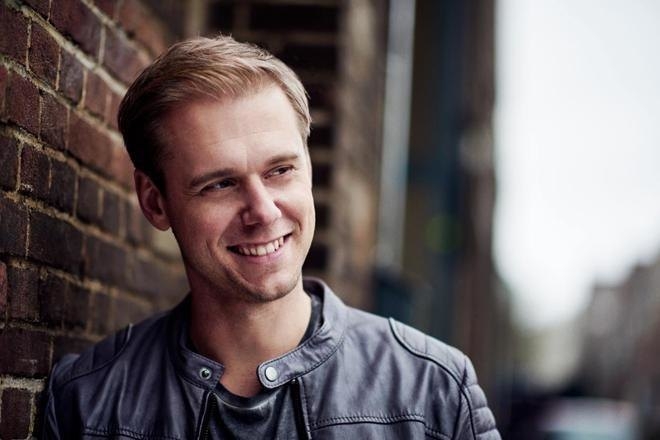 While not technically a festival if you want to be politically correct about the term, this one-day event piggybacks off the other festivals happening in the region by booking some of the same artists. Nothing wrong with that as it saves a lot of local people a lengthy trip and is exponentially more affordable. While much of this year’s line-up is still being set in stone, you can likely expect some more names from its neighboring festivals. And with it being only one day, this is an advantage because we all know what its like to get carried away on the first night of a festival and still be required to begrudgingly participate in the rest of the weekend. At 808 Festival, you can literally go hard and then go straight home. 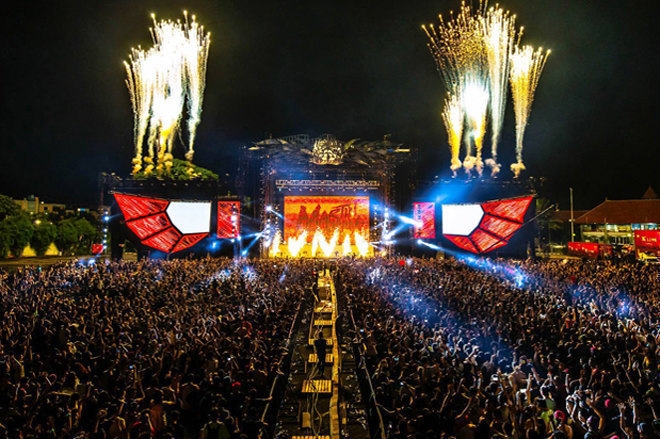 All we have to say about Djakarta Warehouse Project is woah. From its humble beginnings as literally a warehouse party, DWP has risen far above what we thought was the top and the lineup they’ve amassed for this year really puts things into perspective. Who even knew that Indonesia had such a developed and party rocking music scene? Well with a population not far off from the United States, obviously the potential was always there. This extravagant two day display of music, lights, pyrotechnics and really a shitload of people (over 70,000 last year) spread out over three stages has us already packing our bags out of sheer curiosity of exploring this up and seriously coming scene. Indonesia, good on you. 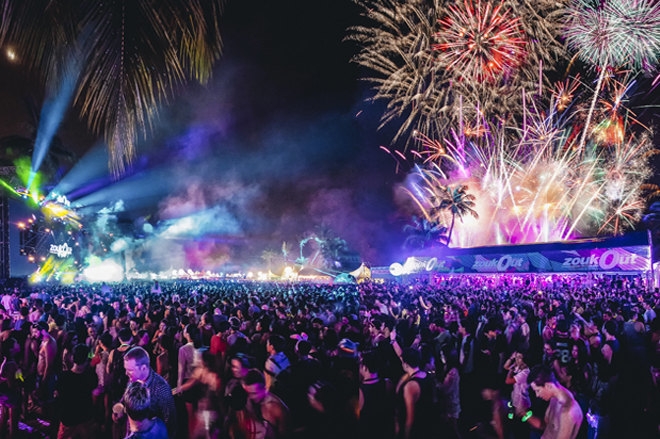 Few festivals around the world have the garnered as much love, support and praise as Zoukout and they’ve returned the favor year after year by pulling out the big guns for its annual blowout. A stunning venue, seamless execution and a reoccurring solid lineup is exactly why Zoukout is returning for its 15thinstallment as Asia’s oldest, most cherished and most pivotal music festival. It’s also the lone festival in the region that has had zero issues with law enforcement in an otherwise plagued region and so few punters miss out on an opportunity for outrageous fun. Last year saw over 50,000 eager ravers dip their toes into the sand, and that record is forecasted to be broken this year. 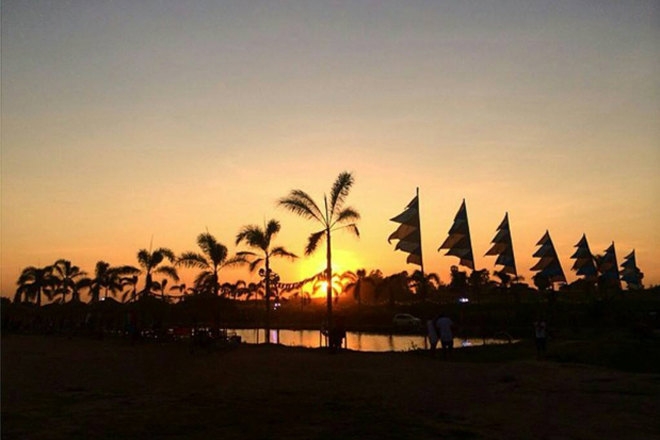 Earlier we described Wonderfruit as being otherworldly. It was so good that this year the festival has been upped to four days from three and the artistically curated boutique event remains one of the most anticipated weekenders in the region. The festival is still seeking out more adventurous artists but judging from last year’s literally mind-blowing line up, we have high hopes. Also, with goals of being entirely self-sustainable within five years, it’s environmental impact is something to be desired by festivals worldwide and the event has been publicly commended by artists like Seth Troxler, which is all the more reason to support it and be a part of the movement. An experience unlike any other in an idyllic setting, Wonderfruit reminds you of what Glastonbury and Burning Man were probably like in their beginning stages, but done with a Thai twist. And Thai prices, which should make festival goers very happy.

On the bill: The Submotion Orchestra, Howie B, Dapayk Solo, Desktop Error, Mahajamreon, Polycat and a spellbinding light and sound performance from Jon Hopkins and Chris Levine. *first wave only 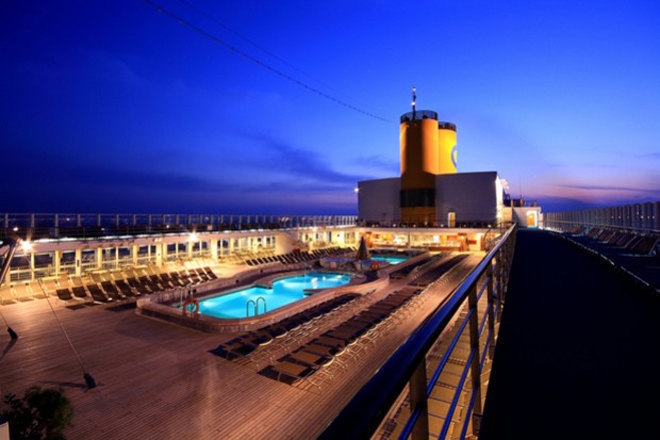 Boat cruises are no longer in short supply in Asia but there is always room for another luxurious floating festival through Southeast Asia’s stunningly warm waters. As Shipsomnia prepares to sail its maiden voyage in the early part of the coming year, we are becoming increasingly excited to not just see how it pans out but to be a part of it. We love the lineup because it’s bold in that it features very little if any EDM artists in a region where anything but EDM is proven a tough sell. But combining a steampunk theme on a luxe Italian cruise liner and a perfect lineup jam packed with all the heavy hitters in the world of underground music, we couldn’t ask for more a dream vacation. Shipsomnia sails from Singapore for Thailand with a stop in Malaysia en route. 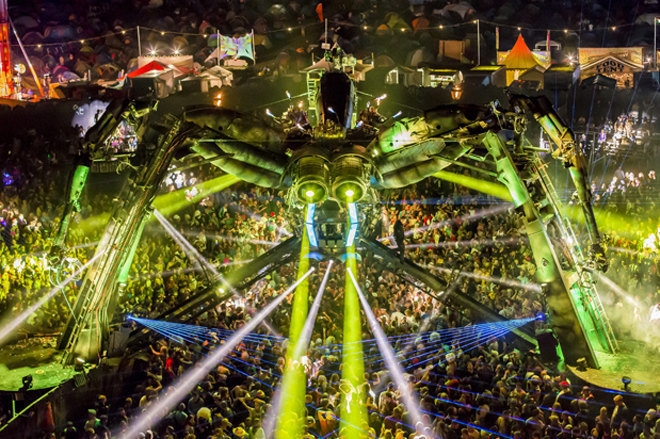 A skinnier version of the UK based giant, Arcadia is returning with its 20-meter tall and 50-ton mechanical moving spider DJ booth to Asia. While few details have been revealed surrounding the upcoming event, last year’s sensory stimulating pyrotechnical playground hosted Roni Size and Dynamite MC and left festival goers impressed with the immersive experience and thus creating quite the buzz for this year. Stay tuned for details.

On the bill: TBA