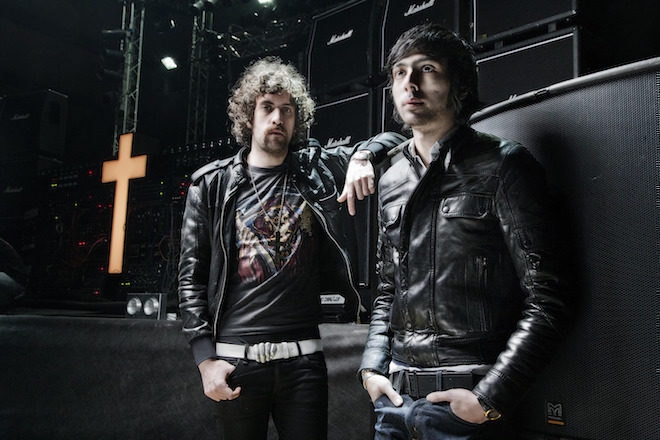 Justice's die hard fans have been in a frenzy since Busy P confirmed the duo's upcoming album back in October last year.

More recently, excitement rose when the iconic French electro duo were seen in an image posted by Because Music showing some kind of document signing.

The preview suggests that Gaspard and Xavier's third album may be closer than we think. For further confirmation, upon Shazam-ing the song, the application recognizes the title as 'Safe And Sound' by Justice.

The superbly funky and soulful track has got Justice written all over it.

Watch the full video of the set below, 'Safe And Sound' kicks off around the 1:14 mark.

We've also found an (unofficial) stream of the above performance below, just in case you want to listen to it over and over like we did.