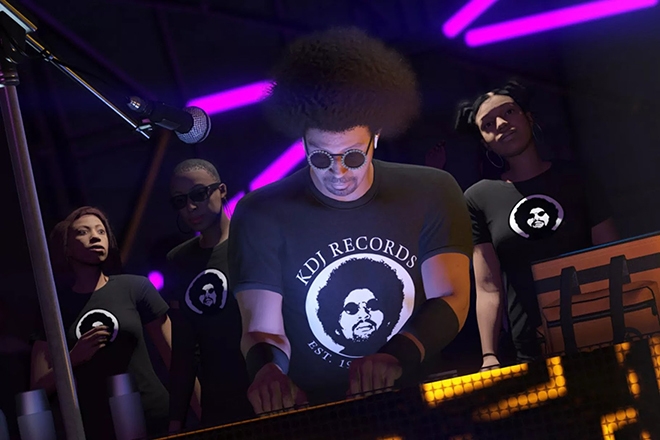 The Music Locker is Rockstar’s latest realistic approach to the underground electronic music scene. While players are no stranger to the nightclub features in-game, this is the first time iconic DJs and producers like Detroit-based producer Moodymann, Berlin techno-group Keinemusik, and British disco producer Palms Trax are to perform in real-time. It is unclear for now how the company will manage the future line-ups, but it is expected to do rotations with artists weekly to keep things fresh. Furthermore, Rockstar is elevating the authenticity of the club-going experience by including a VIP exclusive area where only the wealthiest players would be granted access to after purchasing a penthouse in the fictional hotel, The Diamond.

This club doesn’t come as a surprise because the gaming industry has been gravitating towards virtual events following the tremendous success Fortnite and Minecraft have gained with their virtual concerts. DJing at The Music Locker will be a great opportunity for artists to expose themselves to broader audiences and expand their fanbases.