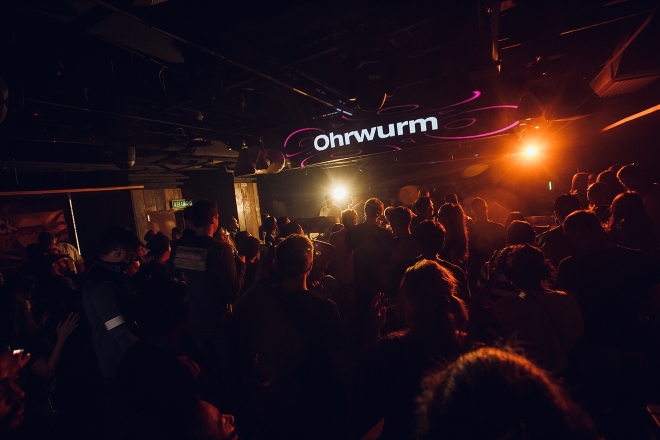 Kuala Lumpur has been one of the hardest hit countries in regards to lockdown restrictions on nightlife and entertainment and the nation still has no end in sight for such limitations. While many have folded under such a drought, the team behind Ohrwurm has found a way to thrive.

For starters, their ongoing live stream series 'Micasa Sucasa' just rolled out their thirteenth edition and has featured a variety of local acts and even streamed in other artists from the region to take part. Not to mention the brand broke the internet earlier this week when they posted a photo from behind the control centre of what could arguably be one of Southeast Asia's best DJ booths.

Meanwhile, the team also managed to launch their own record label in Ohrwurm KL Recordings which they properly christened with their 11 Years of Ohrwurm compilation that released last month. This week, the boys are back with OHRM002, the T.V E.P EP from Tehran's Azim Fathi and Fardin Ameri, otherwise known as Tele Vizion. The duo was formally based in KL and made connections with the Ohrwurm boys at that point. The EP itself features three mind-bending minimal masterpieces in the form of 'Poppy Garden', 'Solitude' and 'Content'.

'Ohrwurm' is the german translation for 'earworm', a term that references music that repeats itself again and again in your mind, and with what we've witnessed so far, we can expect the team of Kenny, Callen and Alam to continue to be in our heads in the foreseeable future.

'T.V E.P' by Tele Vizion is out September 29 on Ohrwurm KL Recordings and available for purchase via the labels Bandcamp page here