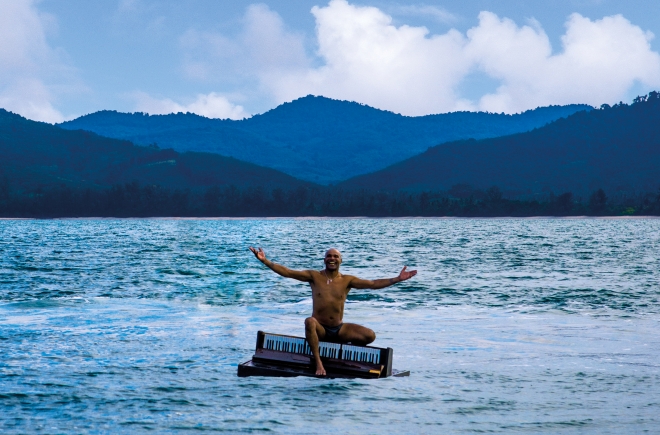 The video follows local model Victoria Kroon down the coastline of Phuket, Thailand where a drone captures the staggering scenery that has made the province famous.

'Mountains' is full of soul in both sight and sound with shots of limestone karsts jutting vertically out of emerald-green water, Thailand's iconic long tail boats and pristine white-sand beaches that well complement the melodic mood of the song. The video also sees supporting cast of monks and school children from the area.

Goldie himself directed the video with Lyle Lindgren producing it and Mika Wassaneer-Price sitting in the executive directorial seat. Christopher Hutchings edited the near 6-minute clip, which was produced for and premiered on Random Acts (Channel 4).

It's no surprise that Goldie found inspiration in Thailand as he spends several months a year living in the region and has previously talked to Mixmag about how he spends his time on the island as well as his favorite haunts.

'Mountains' is taken from Goldie's new album 'The Journey Man'. You can order the album here and find tickets to his tour of the same name here.