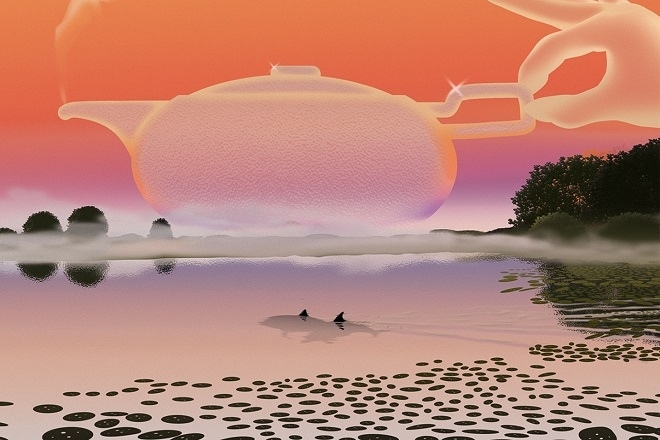 Following the success of her 'Resonance' album which appeared a few years earlier, Yumiko was ecstatic when she was offered the opportunity to compose an album of “any kind of music she wanted”. The players she united under the SVO banner were formed of artists she either knew personally, or had seen performing in and around Tokyo, and many of them were self-taught and unable to read music. For Yumiko – a classically taught musician – working with players who lacked her formal training presented a unique challenge, but by adopting the synergetic principles of American architect and theorist Buckminster Fuller, she was able to create an open environment where a collective mentality was able to flourish. Nothing was off-limits, and experimentation ruled supreme. The approach embodied the work with vivid energy and an effervescent exploratory feel – which included, among other quirks, percussive parts played on old washing machine parts by a drummer who sold vegetables by day, practising at night in a nearby cemetery so as not to disturb his neighbours!

The singular album is one of Japanese music's hidden treasures. The new edition comes complete with striking artwork produced by Elvis Barlow-Smith and is well worth adding to the collection.

Synergetic Voice Orchestra's 'MIOS' is out July 7 via Métron Records. You can buy it here