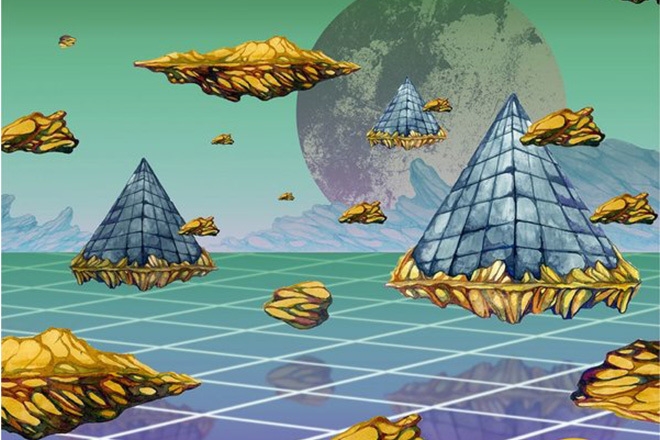 Sunset People Project have been an essential part of the Jakarta underground music scene for several years now, projecting themselves as promoters with a penchant for quality curation and tastemaking. They’ve helped break down audio barriers through their wide range of sounds as well as by way of delivery through homegrown talent. The crew are also the Jakarta affiliates of Rainforest Pavilion, a Bali-based eco-music platform who throw parties to save our rainforests.

Their most recent venture is the launch of their own record label, Sunset People Project Records, or SPP Records, which kicked off last month with releases already up for grabs. Putting the label together made take a few steps up in their game, enlisting studio Gelly Kusuma from Los Angeles, while still maintaining their ethos of offering a global pedestal to local talent, which includes Ecilo, Angga, Wisdy and original SSP founders Ridwan G and Nana Soedarmadji.

Ecilo has been on Mixmag Asia’s radar over the last year — his recent and upcoming releases with Thomas Barnett have been absolute fire, while he also delivered a stunning set for Mixmag Asia Radio just a couple of months back in June. Coupled with the sound engineering background and studio wizardry of Gelly Kusuma and a host of Jakarta’s top tastemakers, Sunset People Project Records has got a tasty recipe in hand for some great future releases.

Recapping their first two outputs from July, SPP VOL 1 features a high octane, space disco A Side ‘Twist’ by Angga, while the B side is a trippy 3am peak hour groove titled ‘Elevate Tallula’ by Wisdy. VOL 2 highlights the LA addition to the label, Gelly Kusuma with bottom-end fuelled number titled ‘Acidy’, while Ecilo pays homage to Detroit with the hypnotising B-Side ‘Motor City Funk’.

The label's next release is scheduled for the end of August, so watch this space for details on the drop.

Sunset People Project Records Vol 1 and Vol 2 are out now, and you can check out Gelly Kusuma ‘Acidy’ below.