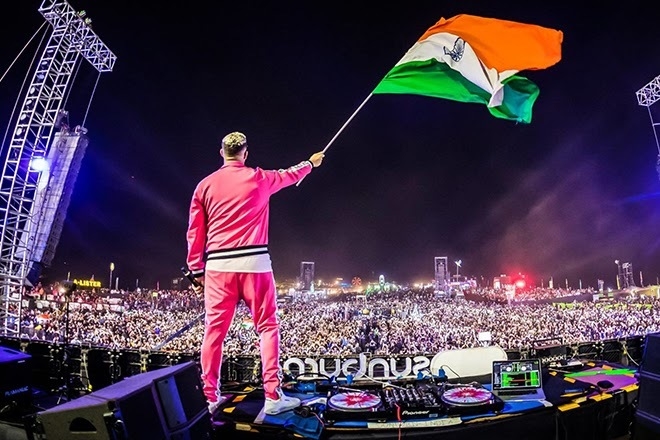 While it might be hard to imagine that large events will return to most parts of Asia anytime soon where an insurmountable number of events have been cancelled this year, some are finding creative ways to move forward. Percept Live, the organisers behind Asia’s biggest electronic dance music festival might have figured out a way to do so under India's government-mandated SOPs. Just how are the Sunburn organizers going about it?

Introducing Sunburn Selects, a premium rooftop club show series launched by Percept Live that will bring bite-sized chunks of Sunburn flavour to Jaipur, Chandigarh and Kolkata during Phase 1, and Mumbai, Pune and Goa in Phase 2. There will be more than 10 shows combined during the run of the series, which will be held in premium lounges and bars across the country.

Touring in different areas is no new trick – people have been doing this forever – but by doing so during this time is particularly worthy since it is 1) not safe to travel around, and 2) not easy to do so. Therefore, bringing the festival to the people is a good antidote.

The event will also be broadcasted via social media to over 2.5 million fans around the world, with many of the country's leading DJs delivering the sounds of India to the world. This way, fans of Sunburn outside of the main cities can opt to kick back and enjoy the music, SFX, vibrant visuals, LED effects and state-of-the-art AV broadcast safely in the comfort of their own homes.

The news comes as the Ministry of Home Affairs in India (MHA) issued new guidelines earlier this month to allow more entertainment and social events to happen across the country, so long as they abide by the guidelines. For example, Sunburn Select will host no more than 100 guests, which is no more than 50% of the space capacity of the space with a normal maximum capacity of 200 people.

Karan Singh, COO of Percept Live, says of the event, “Safety of our guests is paramount and we are committed to bringing the best of on-ground entertainment to our fans even while ensuring that all safety measures are imbibed into our Sundowner events across India.”

He added: “The Covid-19 crisis became a catalyst for creative innovation, and Sunburn has always strived to set the trend and invest in continuous and high-paced innovation so as to stay ahead of the curve. While the past six months saw us launch a series of Virtual, Augmented and Mixed Reality Sunburn variants for our fans, the unlock will see stringent SOPs and Hybrid events become a part and parcel of our business going forward. We have been preparing for this and are super excited to present ‘Sunburn Select’ to our fans who have waited patiently all through 2020 for our return on ground."

Sunburn was founded in Goa in 2007 and take place annually around December. The event is regarded as Asia’s largest music festival with attendance numbers pushing past 350,000 in recent years.

The first Sunburn Select Club Shows are special ‘Halloween’ editions scheduled on October 31, 2020 at the Garden of Eden in Kolkata and The Reef in Chandigarh.