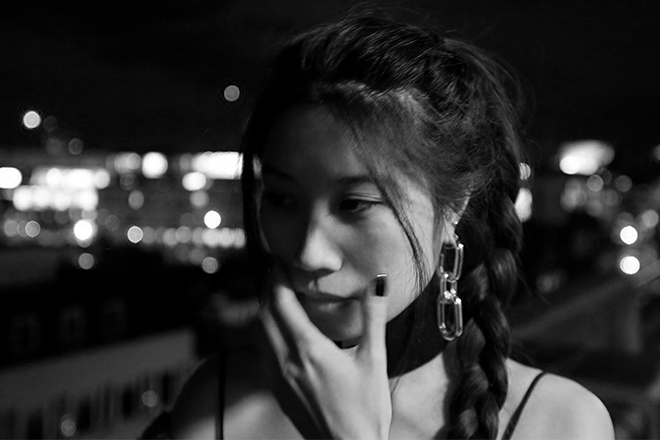 London-born, Chinese-Malaysian multidisciplinary producer, DJ and writer has delivered an eye-opening 53-minute mix for New York collective and label Cultivated Sound that shows off the full range of her eccentric sound. Through "sculpting ambient field recordings into dissonant pastiches informed by the synthetic framework of club influences", Cultivated Sound describes Flora Yin-Wong's latest body of work as cycling through the emotional spectrum. Of the mix, Flora says that it's instinctually powerful, and touches on existential themes of death, transmission and rebirth. Listen to it below:

Though the artist was born in London, Flora's life experiences span through East Asia and beyond, having lived in both Hong Kong and Tokyo at times. Flora's sound vibrates with her personal, social and spiritual history, which the listener can hear in her music through samples of things like temple chimes, the Chinese Yangqin stringed instrument, which draws from her family's history with the opera (her grandfather was involved with the Cantonese opera in Hong Kong, Guangzhou and the UK), and a wealth of other Cantonese-inspired sounds. Flora has a long history with music herself — she was playing the violin by the time she was seven, then the saxophone and clarinet before teaching herself the guitar.

Flora has previously released on revered labels including PAN, PTP and CANVAS, including a tape release called 'City God' that "was inspired by tutelary deities and the afterlife in Daoist tradition". She also appeard on Boiler Room several times, once was in celebration of the release of Blade Runner 2049, and is also known for her collaboration with Tokyo visual artist Go Watanabe called Áskesis, which explores the cultural signifiers of fire rituals and their relation to the human body.

Alongside DJing, Flora worked as a music programmer in Hong Kong in the early 2010 before she was scouted by New York's PTP label after they discovered her music on SoundCloud.