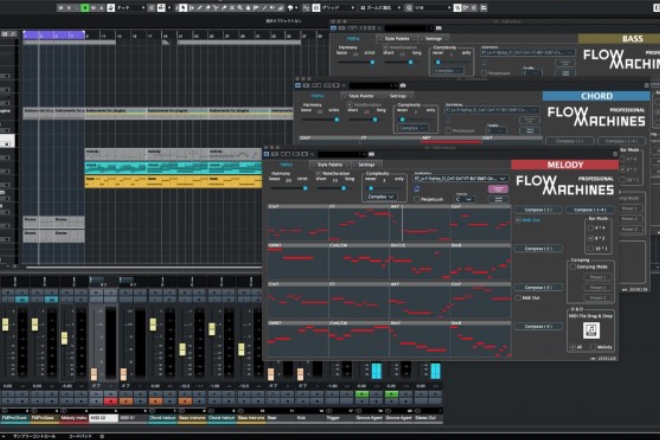 Officially announced under the operations of Sony Computer Science Laboratories (Sony CSL), the epicentre of the service is “Flow Machines Profession (FM Pro)” which is a platform that integrates personal creativity with an AI-system that suggests melodies, chords and bass, giving producers recommendations to tailor elements to their liking.

The suggestion-based AI system is fuelled by a learning model called Style Palette that basically acts as a music data analyser tool, also developed by Sony CSL. The way it works is quite simple and inventive at the same time — Flow Machines works as a DAW (digital audio workstation) plug-in, and upon launching both applications, the user is given an immediate option to select a style palette based on the chord formula they’re keen to create. A multitude of chord progressions, patterns and melodies are then made available for your next steps. The AI-generated information is presented in MIDI format, making it universally easy to work with on most DAWs.

A faux demo is available on the applications website and the first ever track produced using the FM Pro’s technology is available on Sony’s new music channel ‘Tokyo LosT Tracks’ which you can check out here.