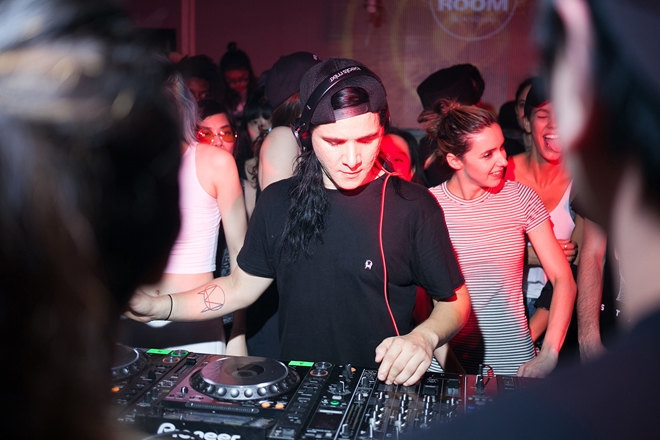 Working together with IMS Asia-Pacific, Boiler Room threw their second event in China last night and hosted Skrillex for his Boiler Room debut.

After a short delay getting started, in which it must be noted how odd it was to be in a nightclub environment with no music and bright lights at 8pm, OWSLA general manager Blaise James finally kicked things off and set the mood to warm with a little Nicolas Jaar.

Shanghai based American experimental artist Damacha took over with a sample-heavy live performance and while he appeared somewhat out of place, he was obviously very deserving of the spot he’d been awarded and caught the attention of a room full of music industry professionals that had come straight from IMS.

The atmosphere was turned up to raucous when Zean and Conrank played a high-octane back-to-back set, preparing the crowd and setting the tone better for what was to come.

Skrillex came and he stunned, as he always does, but this was completely different, for Skrillex and for Boiler Room.

First of all it was immediately refreshing to see Skrillex out of his usual element, a behemoth stage behind him and a several thousand festivalgoers in front, and instead play shoulder to shoulder with his fans. The feeling of exclusivity wasn’t lost on anyone.

Skrillex himself rolled with this rare opportunity and played a set that was not something you’ve ever heard out of the OWSLA artist before. He seamlessly jumped from genre to genre with spontaneity, surely running the gamut through every single song that’s ever moved him throughout his career. It was a showcase of sheer talent in both technical prowess and as a master selector, to be sure. 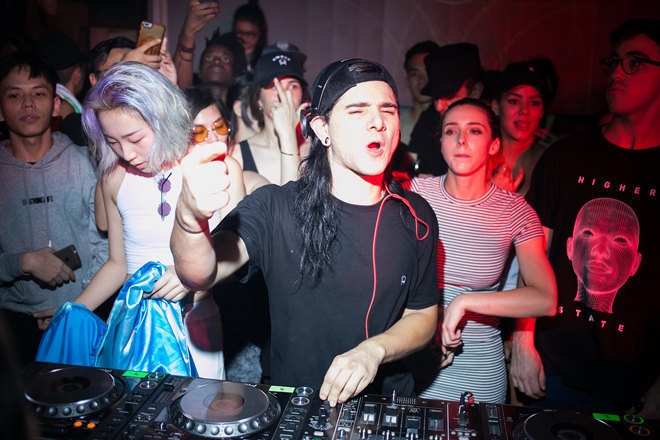 The vibe was beautiful; it was hot, sweaty and overflowing with energy, perfectly capturing the essence of what a party stripped down is all about.

Needless to say, fans were stoked. In stark contrast to typical Boiler Room fashion where people mingle awkwardly while hovering over the DJ, this crowd was going absolutely mental and the volume was turned way up.

Naturally, the Internet is pretty divided on the performance and the comment section is worthy of a bowl of popcorn. Read them here.

Shanghai shenanigans took on a new meaning last night and the booking surely opened eyes to another side of Skrillex and the same goes for Boiler Room.

Watch the stream below.