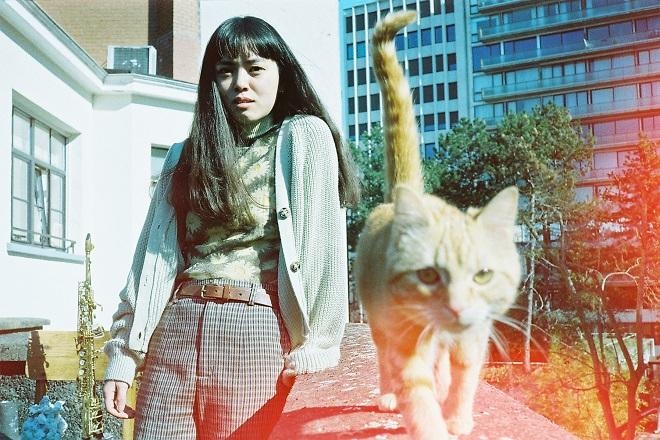 Born in Japan's Yamagata Prefecture and raised in the unspoiled countryside of Tsuruoka, Igarashi studied at the Berklee College of Music in Boston before eventually relocating to Brussels, Belgium. Though best-known for her mastery of the tenor saxophone, she's also an accomplished flautist and fluent player of the alto and soprano sax. She's a member of the three-piece act, Maniac Mansion, and has previously written a series of well-crafted electronic compositions – curating diverse influences including Sly & the Family Stone, Earth Wind & Fire, Japanese City-Pop, '70s jazz fusion, and anime film music.

'Simple Sentences' sees her in unfettered form, elegantly blending a multitude of influences collected during a life spent living across three continents. Japan is represented throughout thanks to discreetly eastern melodies and frequent nods to the anime themes Igarashi absorbed as a child, while the rigorousness of her Berklee education shows up in the form of jazz-infused instrumentation and intelligently composed chord progressions. Her current European base makes its presence felt, too, through finely-spun elements of bleep techno, euro disco and psych kitsch. Whether conscious or unconscious, these seemingly disparate components are joyfully assembled over 10 kaleidoscopic tracks. From the whimsical melodies of opener 'Sand Dungeon' to the stirring synths of 'Anime Song', the blissful refrains of 'Comfy Place' to the fusionist flute lead of 'Cash OK', this is bold and vivacious work across the board. The album is set for release on May 13 via Tigersushi Records on vinyl and digital formats.

Check the video to 'Cash OK' below:

Shoko Igarashi's Simple Sentences is out on May 20 via Tigersushi Records. You can buy it here