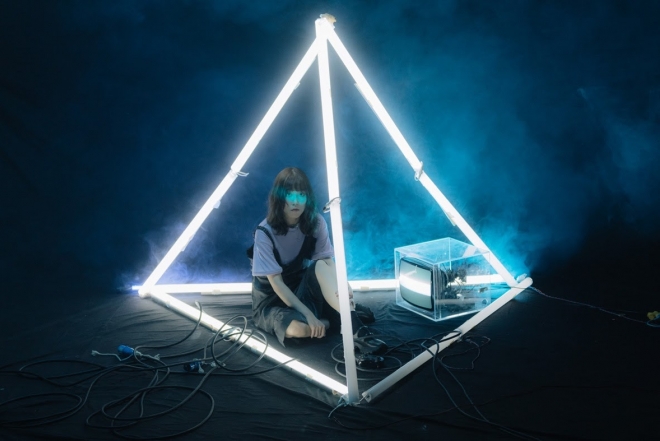 Laughing Ears, the Shanghai-based producer, is poised to release her second album, Blood, on February 26 on Mexico’s Infinite Machine’s Bandcamp. Since her debut album, Tidal Effect, Laughing Ears has gained a lot of traction in the experimental, ambient, footwork, and noise music worlds.

Blood is a highly personal conceptual album dealing with darkness and the melancholy beauty that resides within it. Laughing Ears had an uncle who recently committed suicide. He was an alcoholic and always treated as an outcast from society. In Laughing Ears’ mind, she connects her uncle to Fenrir, the monstrous wolf from Norse mythology that was chained down by the gods. Fenrir’s nature was cruel and brutal, just like her uncle’s nature wasn’t the same as everyone else’s.

“Even though people or beasts are genetically flawed, they still deserve to be loved and appreciated by those around them,” Laughing Ears said. “People always describe evil things as ugly and dangerous, but I actually think they’re kinda genuine.”

Blood is grim, but it’s a journey of a producer looking for light. ‘Loki,’ the first song available now, starts with a tribal drum slowly brushing into otherworldly sounds. After 30 seconds, the pace kicks up while dense textures and phantom whistles whisk in and out of the tune until it reaches its crescendo. The song takes listeners on a dramatic journey into Laughing Ears’ psyche. 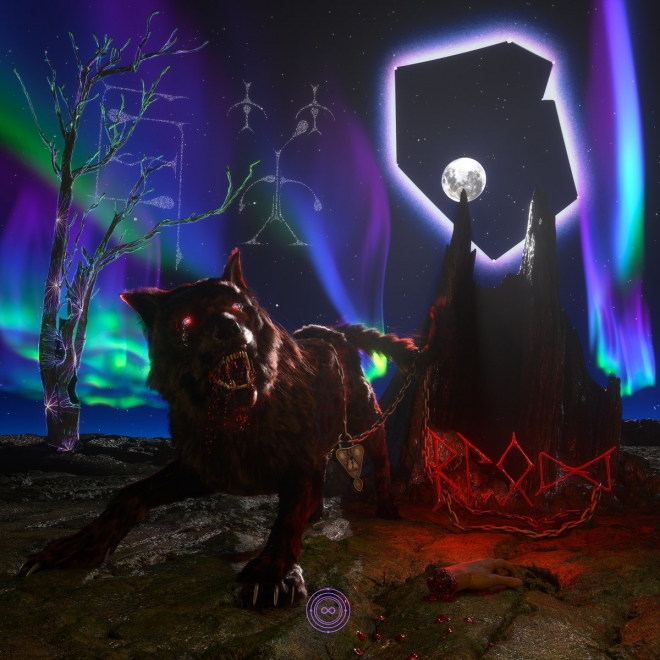 Blood by Laughing Ears is set to be released on February 26. Meanwhile, you can pre-order the album and listen to ‘Loki’ here.