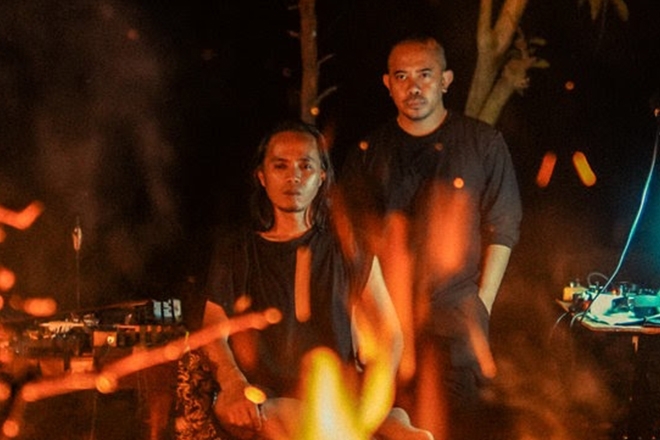 Dedicated to bringing traditional Indonesian music with avant-garde spin to a wider audience, Jawa-based experimental duo Senyawa is revolutionising ways to peddle music. Their seventh and latest album ‘Alkisah’ is issued by not one, but 44 record labels scattered across four continents, each offering a delicate twist.

Look up ‘Alikisah’ on Bandcamp and over 50 versions of the album will pop up, each with a distinctive cover design and packaging, and most of them include additional remixes and reinterpretations from various producers and musicians. Upon its release, ‘Alkisah’ sports almost 200 remixes carefully curated by record labels.

As the pioneer of opening the door of Indonesian music to the world, Senyawa has a different take on the future of how music gets connected and how it could potentially reform the industry with regards to the relationship between artists and labels. “Decentralisation should be the future. We don’t want to dominate anybody. This can be anyone’s music,” says Shabara, the lyricist and vocalist of Senyawa in an interview with New York Times. “This decentralised method of music distribution allows the album to be more accessible, while at the same time redefining music exclusivity by sharing its ownership, and empower smaller scattered powers to grow and connect.”

While some may see this as an extremely risky move from a business perspective, it embodies the essence of ‘Alkisah’, as the eight-track album unravels the story of a society that exiled itself from a fainting civilization and regrouped to build a new one for the future. The explosive, exploratory ensemble pushes the boundary of experimental by infusing the trademark mystical and traditional Indonesian sound created by instrumentalist Suryadi with homemade instruments like bamboo sticks. Vocalist Shabara utilizes the versatility of the human chord as nature’s instrument, layering the atmosphere with chanting, yelling, and throat-like singing. With the unprecedented yet propulsive rhythm and orchestration, ‘Alkisah’ blurs the boundary between tradition and experimental, hardcore and meditative, abstract and primitive.

We quite like the Beirut Edition of “Alkisah” viaRuptured Records which you can listen to here, and you can also check out the original below.