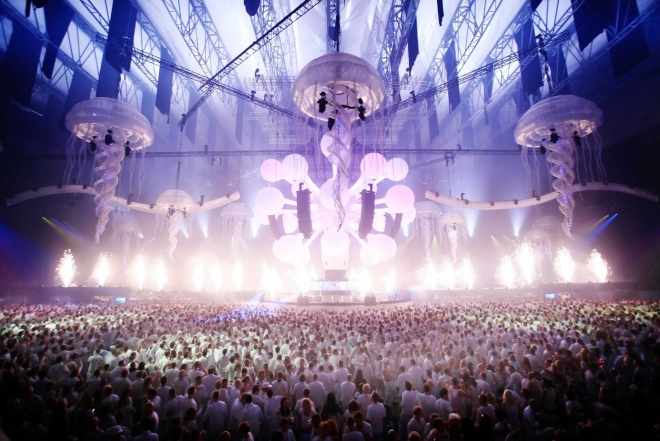 After years of touring around Asia, the world’s biggest white party is finally heading to the Lion City. Dutch giant Sensation announced this week that it would turn the Changi Exhibition Centre into an all-white affair on September 1st.

The event will be co-hosted by ID&T together with local promoters IME. Ticket details nor artists came with the announcement but ID&T's general manager Eric Keijer hinted at a star-studded line-up, pyrotechnics and more.

Singapore will be the 36th country to host a Sensation event and will be among the few Asian cities of the 2018 Tour.

Sensation was born in Amsterdam in 2000 as an all-trance event and his since expanded to over 40 cities worldwide, with events in London, Prague, Dubai, Bangkok and Jakarta.

Themes 'The Ocean of White,' Sensation also stops in Jakarta on February 10th as well as Bangkok this year although the date has not yet been annouced.