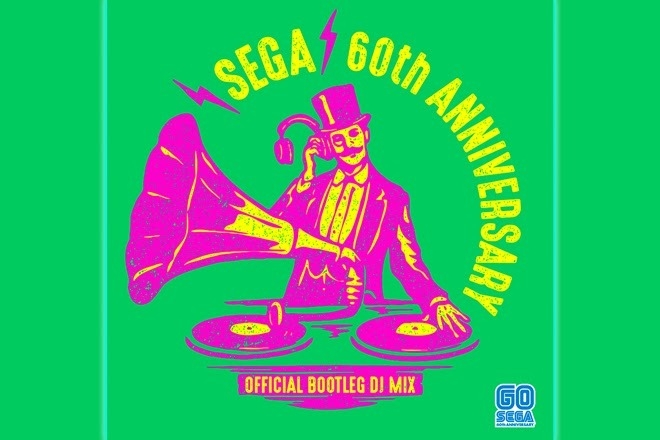 Legendary Japanese multinational video game developer SEGA is nearing its 60th anniversary and in the run up to the celebration, they have been rolling out several special releases. To continue providing new experiences to fans in different parts of the world, the gaming giant is releasing an album called the ‘60th Anniversary Bootleg DJ Mix’ which immerses you in the SEGA world via music.

According to SEGA, the sound director of the ‘Sonic’ Tomoya Otani will be curating the music selections for the album. Through the album, SEGA looks to give listeners the full SEGA experience via 60 songs that have been reconstructed into a nostalgic but modern DJ mix.

The selection will include a wide range of music, from famous game music you will instantly recognize and has coloured various old and new SEGA titles such as arcades, consumers, and smartphone apps, to anime version theme songs, tie-up songs, arranged/remixed versions, and even Atlus title songs.

“A free selection of songs that transcends all barriers such as platforms, manufacturers, ages, genres, and creators, will enliven the last part of the 60th anniversary year. We hope you will enjoy the 60 songs that have been reconstructed as a speedy and danceable non-stop DJ mix in the style of Sega.”

This is not the first piece of music to be released by SEGA — Sonic the Hedgehog album was released on Spotify and Apple Music last December. The upcoming mix album, however, is promoted as a nostalgic physical CD release.

Expect the album to give you a complete experience of how videos games intermingle with music.