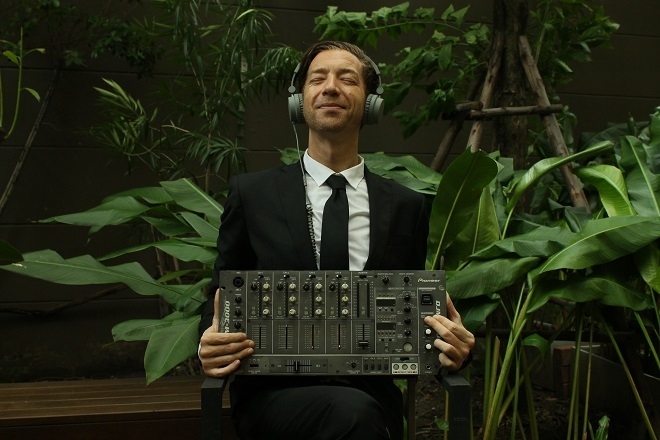 Detroit-raised and Bangkok-based musician, DJ and producer Scott Hess has announced the release of the next chapter in his vinyl-only 'Red Light' project. The cultured EP is the result of a prolonged spell of concerted studio exploration which occurred during the enforced lockdown that much of the world endured earlier this year. Scott made the most of the opportunity to hit the sonic laboratory harder than ever before, and the music he created represents some of his most accomplished work to date.

While the new release shares the authentic machine-soul quality of the first instalment, there are subtle but tangible differences in the nature of the compositions here, which Scott puts down to the manner and atmosphere in which the music was recorded. “While recording the first release I was DJing all the time, and, while I had little time to produce, I had lots of opportunities to play the tracks out and see how people responded to them,” he told Mixmag Asia. “Whereas for the second record, I had 24-hours a day to make the tracks but no one to hear them but me! The result is, I think, the new one is more introspective and compositional.” Undoubtedly blessed with the essence of his Motor-city birthplace, there exists, too, a distinct extraterrestrial yearning in the music. Add to this a sense of cabin-fever-induced paranoia, and the result is a complete and coherent collection that's as funk-flecked as it is experimental. "I think the times of Covid brought me to much more of an “I wanna leave this planet and all the trouble that’s in it” kinda place...not necessarily influences directly by the Charles Earland song ('Leaving This Planet'), but conceptually, as music as a kind of escape pod for a pretty fucked-up place we humans have created for ourselves!”

The heavy electro-fuelled flavour of 'Sirius City' is designed to activate maximum booty-shaking. Summoning some kind of soul dirt, Scott gets the beats clapping over futurist refrains and an almighty intergalactic top-line. On 'Stars', Scott invited friends from all corners of the planet to contribute vocal textures, with each of them supplying spoken word proclamations of various stars and constellations for him to skilfully work into the cut. The music evolves delicately but purposefully, with carefully placed textures complimenting the vibe-rich synth hook. 'Call Me, Acid' sees Scott in an adventurous mood, with bubbling bass providing a bed for idiosyncratic synth lines to meander over tight snares and other-worldly textures. The bold arrangement leaves room for each part to have its say before allowing the brooding acid to take to the fore. 'UFO' tips a respectful cap to a golden age of Detroit house and techno soul, with its heavy pads, crunching snares and infectious 303. Arguably the most club-ready cut on the 12”, yet still endowed with a star-gazing quality of production and tone.

The four-track EP appears as a limited run of 300 hand-stamped blue vinyl records, which will once again be released in collaboration with Beijing-based Adeen Records.

Scott Hess 'Red Light Vol 2' is out March 19, you can pre-order it here