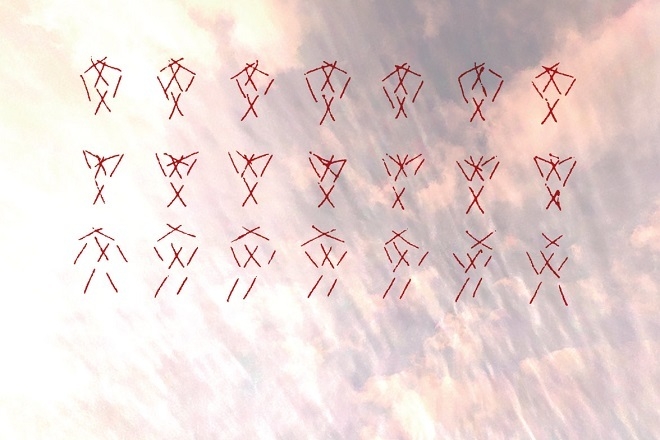 Tolerance was a short-lived experimental project conceived by mysterious Japanese keyboard player and vocalist, Junko Tange. She released two Tolerance albums via Vanity Records – 'Anonym' in 1979, and 'Divin' in 1982 – before completely disappearing from the music scene shortly afterwards. Each of the long-players has since garnered a cult following, with original vinyl copies known to sell for upwards of US$600 on the resale market. The avant-garde music sits somewhere between new-wave and proto-noise and was far ahead of its time when it first saw the light of day. An Eponymous Tolerance compilation was re-issued last year, and the breathtaking remix collection follows hot on its heels.

Junya Tokuda is best-known for running the Osaka electro event, 'Line', and his release career began in 2016 with the arrival of his 'A Day In The Alley' album on Shrine Records. His unique take on the Tolerance works utilises fragments of the original music, repurposing the sounds while imbuing them with an often haunting, ethereal quality. Presenting them in a form almost unrecognisable from the originals, he deftly imprints his own signature on the timeless compositions.

The remix album arrives on new label Remodel, an imprint established as a joint venture by Yuzuru Agi and Studio Warp, carried out alongside that of another project, 'Anemic Cinema', between late August 2020 and mid-December 2020. “The basic musicality, especially the brilliant treatment of sound by dub-like spatial effects, is common to both works,” say the label. “However, in this album, the material of Tolerance is sometimes vague and fragmented like a torn tape swimming on the surface of the water, and at other times like a tape reel rolling down from the ocean-like sound image created by the skilful blending of pads and moving noises through the manipulation of dub effects.”

You can listen to the album here:

'Vanity Re-make/Re-model Vol.1' is out now, you can buy it via the player above