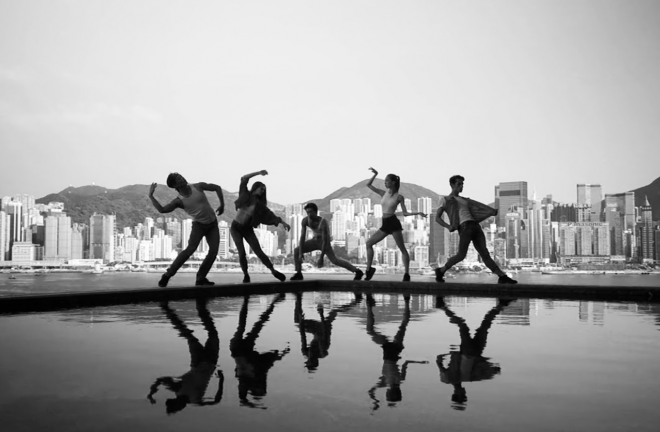 On World Environment Day (June 5), a cinematic film featuring professional dancers from the Hong Kong Ballet and Birmingham Royal Ballet was released online set to the tune of a track by French artist FKJ, otherwise known as French Kiwi Juice.

Amidst global strife, the cinematic piece reaches out to a digital audience weaving a storyline of movement and music highlighting Hong Kong’s stunning landscapes, forests and pockets of lush greenery seen on rooftops of the tallest skyscrapers through drone footage.

The dynamic performance called ‘Lying Together’ was choreographed by award-winning choreographer and director Corey Baker, produced by Anne Beresford and visually captured by director of photography Derrick Fong. The film itself provides enough depth and dramatic touch to keep the viewer absorbed by Hong Kong’s stunning rural and urban landscapes as the dialogue.

The film is a companion piece to last year’s ‘Spaghetti Junction’, which also aimed to diversify, educate and activate the environmental movement worldwide and drive positive action for our planet.

The Hong Kong ballet aims to make ballet accessible to all communities and non-traditional theatre audiences. By connecting through the medium of film and digital video, it brings forth classic performances with a modern twist, especially while a majority of Southeast Asian countries are on quarantine orders.

In late 2019, Hong Kong faced protests against a new extradition law issued by Beijing. As the city headed into economic turmoil, COVID-19 followed shortly which wiped out any trace of protests as the community actively supported social distancing measures to flatten the curve. As cases dropped, protests resumed causing an increase in citizens choosing to relocate and a lack of new talent choosing Hong Kong as a new home for careers.

As Hong Kong’s borders remain closed from foreigners, the dance film subtly boosts the city’s tourism with its iconic locations and resonates the arts industry thriving energetically in a reflection of the resilient city and community itself.