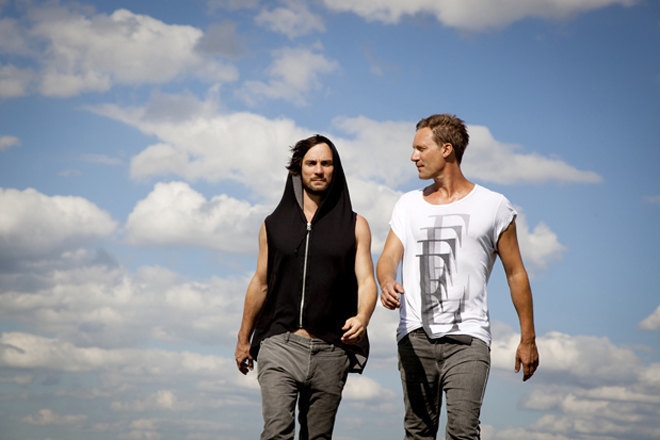 An American author once said, “I haven’t been everywhere but it’s on my list” and this resonated well with Berlin based DJ and producer duo M.A.N.D.Y. It kind of personifies their bucket list and considering the ground they’ve tread touring just this year alone while also holding the reins over at Get Physical Music, they’re well on their way to…everywhere.

Fun, energetic (the exact feeling their brand of music Get Physical exudes), nerdy and mysterious – well, actually that’s what people like to think but they open up well in interviews, childhood friends Philipp Jung and Patrick Bodmer are commandeering dance floors all over the globe with their refreshingly vivacious style of techno (think full body workout). Today they’re in the midst of a sweltering summer tour of Asia but in the comfort of air con, they sat down with Mixmag Asia until there was little left to be mysterious about. They also recorded an exclusive mix that should get your blood pumping in case you’re not hot enough as it is. 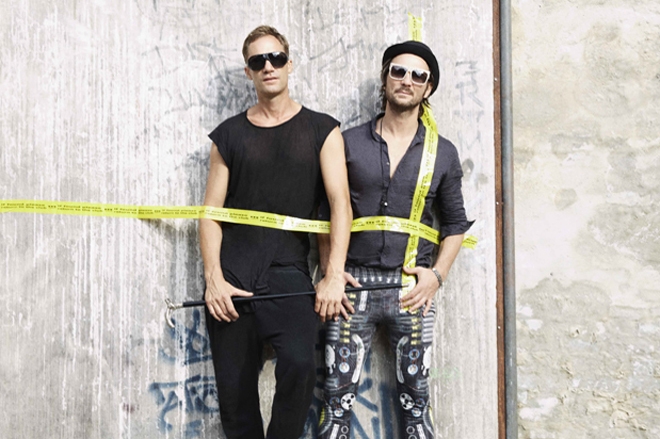 What’s the best party about living in Germany?

The more you travel the more you appreciate the good sides I think. Political stability, social system is running quite ok, and the general quality of life is pretty high. Most things just work here and maybe Berlin is a little exception from the rest of Germany, but still above average when it comes to certain things. Punctuality is a big issue as well and if everyone were a little more on time, everyone would save lots of it. But of course the weather during wintertime is not very tempting so generally the summers are great but you should escape the winter times. There are just too many nice places on this beautiful planet.

Just before you connected with Booka Shade in university and started making music, what DJs were inspiring you?

We are coming from a rather small time right next to the French boarder and we literally drove every weekend to Frankfurt to see all of our hero’s at Omen Club, which is a club run by Sven Väth and Michael Muenzing (producer of the world famous SNAP! project who produced Sven as well). We loved early Laurent Garnier so much and of course Sven Väth with his eight or nine hour sets. For the smaller rooms, there was DJ T, Ata and a bunch of young guys who were presenting a nice and funky house sound if the techno room got to be too much. Good times. Very intense. The nights were always extended to the maximum…

What’s your favorite track to close a set to?

Difficult one. Depends a little where you play, outside or inside and how long you have played. Preferably songs by us as well as people come to show as well to hear songs that we did. But sometimes after long sets it could be a favorite song from old times, which has nothing to do with electronic music like Fleetwood Mac or The Verve or…

What’s your best memory of being on tour in Asia?

Patrick and I travelled Asia long before we became professional DJs so it’s a long lasting love for this continent. There are so many good memories. But the nice thing about our job is that you don’t travel as a tourist, most of the time you get an inside view of the city. You hang out with people who know the city quite well so if you are curious, which we are a lot, you get to see so many new things each time. So each time we create new best memories you could say.

You must get a lot of questions about the meaning of M.A.N.D.Y, what’s been the most amusing?

My American Neighbor Does Yoga was the best so far…but it just means Me AND You. Patrick and I, or us and the crowd or vice versa. Many level of interpretations.

What track epitomizes the word techno to you?

Also a good question and hard as well as there are so many. But it should be a track which works for the two of us and it would be Laurent Garnier’s “Man with a Red Face”.

What have you been listening to this year?

So our electronic world is very diverse. From weird to pop, we like things like music from our dear friends Bob Moses, FKA Twigs, Jungle, Weval, Caribou, and Four Tet. But we like all kinds of other stuff too, like Black Atlass or Tame Impala.

What do you look for when you release music on Get Physical?

Purely and simply music that we love and play. And of course music from friends and talented colleagues that we’ve adored for years. We don’t think about if it could please the people, it’s mainly what Patrick and I are playing out. So it comes from da heart

It’s amazing to have the chance to work with new artists all the time, it’s very inspiring and refreshing!

How do you entertain yourselves during downtime?

We don’t have too much of that, but it’s nature. Now during summertime, we always try to escape to one of Berlin’s billions of lakes outside the city for a nice bath.

What’s the last DJ that got you guys out on the dance floor?

Siopis always does it for us.

What made you leave trance behind and dig a tunnel underground?

Everything was kinda trance in the mid-90s but there was no development in this music anymore. Now, finally even the biggest trance DJs have to see that as they all play EDM now. For us it was never a question of following here or there. We just did what we liked. We just like music more than pure effects. I guess that is the difference.

Duos can be tough at times, how do you comes to agreements if you are having creative differences?

We kick each other’s bums and then maybe we talk. Or the other way around.

Nooo, if you know each other for so long and you know each other’s weak spots, you try to avoid them and get the best out of your partner. And a little tension is good sometimes. It’s like husband and wife without the bedroom activities.

What’s the most difficult decision you ever had to make?

Wow. That goes deep. Maybe to continue with the label when Booka Shade and DJ T. were leaving but it was worth the fight! Loving our Get Physical Crew to bits.

You have added a distinguishing live visual component to your show, what else would you like to explore as musicians next?

We are currently in the studio a lot and working with all kinds of different people. To get it all together at the end so that it still makes sense, is a big enough challenge at the moment. As a dance act, we do mainly dance music but music you can listen to at home as well. It’s a big challenges always.

And maybe at a later point, starting something completely new…maybe not even electronics. But we’ll talk when the time comes.

You are touring HEAVILY these days, what’s your secret to combat jet lag?

Everyone attention please, big secret coming: there is NONE! It sucks every time. You always think you’ve have found the golden key to avoiding all of this trouble, and then next time, you are right in there again. Adapting immediately to the local clock. Yes, we get this, but how to this as a DJ???

Why is buying records important, even if you don’t play them anymore?

They are sources of inspiration, it helps local businesses, different listening pleasures at home, holding a physical product…

How does playing a club in Asia completely differ from the rest of the world?

By now I think the differences are not so big anymore due to the www and the fact that people are moving around the world nonstop. Like techno tourism is insane. Everyone is traveling for parties all around the world.

Maybe you could say that you need a little longer to gain their trust but once the gates are open, there is no stopping.

If you could teach a class on the art of DJing, what would be the most important lesson?

Reading the crowd and knowing whom you have in front of you and how to work them. There is ALWAYS a way to send those people home with a smile and if you don’t achieve this, you didn’t do a good job. Being aware and sensitive to what’s happening in front of you.

What track can you count on to always get kick-start a dance floor?

At the moment it’s an unreleased instrumental song by Booka Shade but it varies a lot. Each location and venue and crowd is different.

What’s on your Asian bucket list while you’re on tour here?

Besides Bali, Thailand and Hong Kong, we’ve hardly explored the countries in the more rural areas. Just traveling around and getting to know the basic life and get to know those people is still something we have to do but unfortunately time is always an issue while touring.

Saying that, us two couldn’t be happier to travel this much and meeting all those people and getting their view on things. Like a famous American writer once said: I haven’t been everywhere, but it’s on my list…