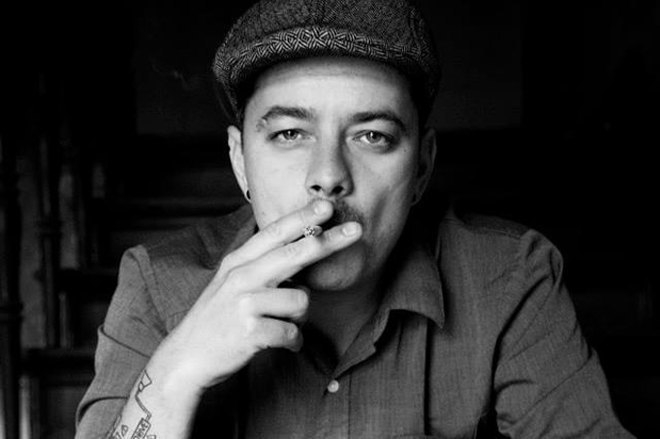 It began after the Berlin Wall fell in the early 90s. Anarchy ensued in many parts of the city but artists and especially musicians found sanctuary inside what walls were left standing and a divine techno culture was born within them. A resident of Berlin since the 80s, Housemeister grew up fully immersed in and influenced by this underground culture before hooking up with Boys Noize around the turn of the century and together they took techno one step further when Boysnoize Records pretty much trailblazed the heyday of electro house.

Housemeister, who is in equal parts DJ and producer, has since played in over 50 countries, put out three albums on Boysnoize Records as well as two on his own resurrected label All You Can Beat (AYCB), produced even more EPs than that and remixed artists like Modeselektor, Zombie Nation, Boys Noize, Robert Armani, DJ Deeon, and Tesla286. It’s been a hell of a ride for him but he hasn’t slowed for even a minute – he’s even just released his latest EP called Downgrade before hitting the road alongside the Boysnoize Records boss to celebrate the label’s 10-year anniversary. Before his five stops in Asia, we caught up with the Housemeister to talk about the making of Berlin’s kitschy culture, what he thinks is real techno and the unconventional way his latest album will be released. 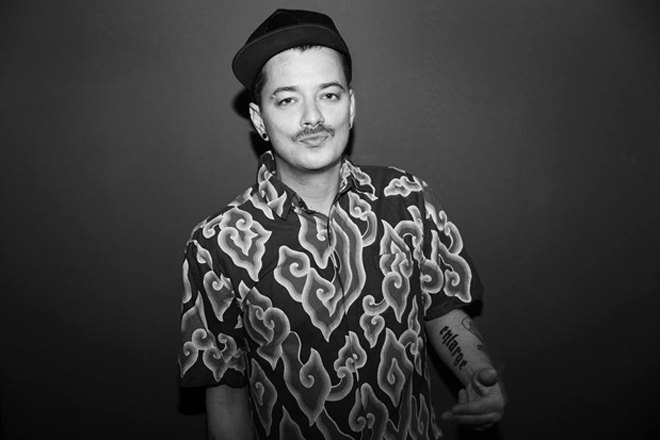 So you and Boys Noize, tell me about your early times together?

I met Alex in 2002 and he loved my sets and my music so he asked me for a remix. We played in some clubs together, became friends and a short time later I released my first EP on Boysnoize Records (BNR). He is one of my best friends today, more like family.

Part of your Asia tour is celebrating ten years of Boysnoize Records, how do you think the label has remained current and ahead of the curve after so many years?

Always up! BNR is a strong super label and I’m happy to be part of it.

You’ve released music on other labels like BPitch Control and also on your own lavel AYCB, but Boysnoize Records is where you’ve been for most of your career. What makes it the perfect home for you?

I got a lot of big support from Alex and the label. I can do what I want, I have my freedom as an artist and I can even design my own artwork for the covers, like my last EP called Zombie this year.

Living in Berlin sounds like a musicians dream but what’s the hardest thing about living there?

I mean, the winter is hard but it’s also the perfect time to work in the studio.

Your career has been built in and upon Berlin, would you ever consider living in another city?

I’ve lived in Berlin since 1983 so I saw everything and also saw many changes. After the anarchist times when the Berlin wall fell in the 90s, I see now how capitalism eats Berlin. I mean, it’s still great but it’s sold out and also all the control and rules of the government. The rent has gotten higher and higher so no one moves anymore because if you try to get the same apartment like before, you would have to pay double. That means less space for artists and creativity and it’s just hard to find studios in the center anyway. The police are annoying too, they take away your drivers license if you’ve smoked a joint a week earlier. One interesting fact is that in the last 20 years, 1.5 million people have left Berlin and another 1.5 million people have arrived in Berlin – half of the population has changed. Sometimes I do wish to leave but I have no idea where, maybe to the north of Spain and Asia is very exciting too

If I ever move to another place, I would want to try how it is to experience summer all year in front of a beach or lake.

There are loads of cities with almost no underground music culture whatsoever but in Berlin, it’s the city’s defining quality. Why do you think this has happened in Berlin? What fostered this underground culture?

For sure it was the reunion of East and West Germany in 1989. Before that, the East was socialistic and the government owned all the houses, so that meant that after 1989 no one owned them. There were thousands of houses free to use, perfect to build a club inside, a gallery, a bar, an atelier or just live inside with no costs. Also, there weren’t really any laws so no one cared about anything; you just did what you wanted.

West Berlin was already a big anarchist community because those who didn’t want to go to the army in West Germany for example left to go to West Berlin, which had special laws because it was placed like an island in East Germany. A lot of artists, punks and makers were going there to enjoy this freedom.

If you could go back to your 20-year-old self and give yourself some advice, what would it be?

Nothing! It was a great time.

Do you get the same buzz from DJing as you did ten years ago? How have the crowds changed?

Sure, I get a buzz but more in longer sets than fucking 45 minutes. I prefer two to four hours. I want to build up sets, not just drop one hit after the other. People now are a bit uneducated, blended from big video screens, drops every minute, stupid DJs that shout stupid words into microphones and other ones that throw cakes in the crowd’s faces. That, for me, is not the idea of techno because it distracts from the soul of music.

Do you think DJing is more about pleasing a crowd or educating a crowd? Which works best for you?

Both, I think. I’m not a teacher, but to educate them you have to please them first.

The industry has changed and modernized so much since you began, in some ways its simplified things but what’s the most difficult change that you’ve had to deal with?

Musicians don’t earn enough money from selling records anymore so now everything has become about the money you earn for DJ gigs so it looks like the middle-class DJ will die soon.

How much can you see the industry changing in the next 10 years? What are your predications?

I have no idea but hopefully they don’t eat the underground completely. Maybe it will goes backwards in some areas too. For example, in October I’ll release a new album on the US label Detroit Underground, which will be also released on tape…like a good old cassette. There are people who buy it and they get more. Detroit Underground now has a tape distributor in Japan…I mean how funny is that.

So many young DJs these days, what’s the best part about getting older?

I’m not so old by the way but for sure I have more background and experience.

What are your top five artists of the moment?

If you had to choose between DJing and producing, which would it be and why?

I can’t choose between the two because they work together. I love to work in my studio and I love to play in front of people.

You’ve released quite a few albums over the years, when you think about time and money, what makes albums worth it today in an era of speed and singles?

I like albums. That’s it. I listen to a lot of albums.

What DJs get you out of bed to go and see play?

You are known for creating dance floor bangers, per say. What’s the motivation behind creating a more ambient and industrial sounding album like you have coming up?

Last winter I made one of these tracks by coincidence, and my friends were said wow that’s amazing, keep going and make another one. So I changed all my machines, turned the bpm down, and added more space and delays. It was kind of easy for me and a new challenge, so I decided to make one ambient (not really) track every week and after two months, I had this album.

What do you still have left to accomplish?

This winter I want to play live, without computer and with just drum machines, a sampler and a synthesizer.

What are you looking forward to most about coming back to Asia?

The food, the people and also to see some friends.

And his own All You Can Beat label: