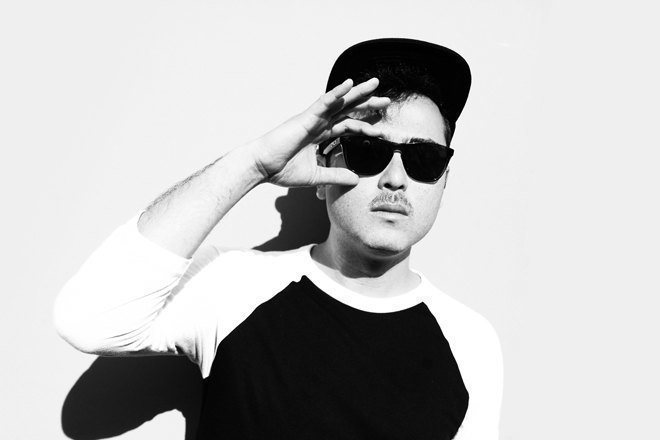 Somewhere amid a snowy landscape and behind an igloo there lies the city of Montreal, which feels more like a cool and cultured capital in Europe than a city in the middle of Canada. It has nothing to do with its French-speaking residents but more with its reputation as the clubbing capital of Canada – but clubbing for the cool kids. With a heartwarming history of illegal loft parties and warehouse rendezvous, it was the ideal breeding ground for artists like A-Trak, Tiga, Chromeo, and Grimes. Right there with them when the sun came up was Aaron Waisglass, one half of the Team Canada DJs and maestro of the Eh! Team DJs, but alone he is DJ Grandtheft and he is Canada’s best.

For those rare moments when he’s not touring, he keeps himself busy on home ice. He produces most of the music that he plays in his own DJ sets and regularly churns out productions for fellow DJs like Diplo. He also VJs a bit, is a songwriter, and owns a club (if you’re ever in Montreal check out the Blue Dog Motel). His many endeavors also got him handpicked as the official DJ of the 2010 Winter Olympics in Vancouver and he also played for the Queen and a few hundred thousand Canadians in front of Parliament Hill on Canada Day.

Since then he’s broken down boarders and landed himself a Las Vegas residency where he also spends his free time playing parties for high-profile celebs like Paris Hilton, not to mention winning the attention of artists like Diplo with whom he collaborated on a number of tracks like Summer and Sweet Nothing.

His sound is his own, indescribable but truly unique in that his diverse background in house, hip-hop, and rap have all come together and produced a kind of bass music that is designed to make people move. Grandtheft has put out original records on Mad Decent and handed off remixes to Fool’s Gold, Ultra, Universal, Interscope, Dim Mak, and more. He just got off tour with Riff Raff, is closely affiliated with fellow Canadians Keys N Krates, opened for artists like Avicii and Arcade Fire, and all together is just grinding so hard that it’s amazing Mixmag Asia managed to steal a minute of his time while he toured Asia in October. Grandtheft shed some light on just how much practice it takes to break out of home turf, land a Las Vegas residency, and end up touring the Far East. 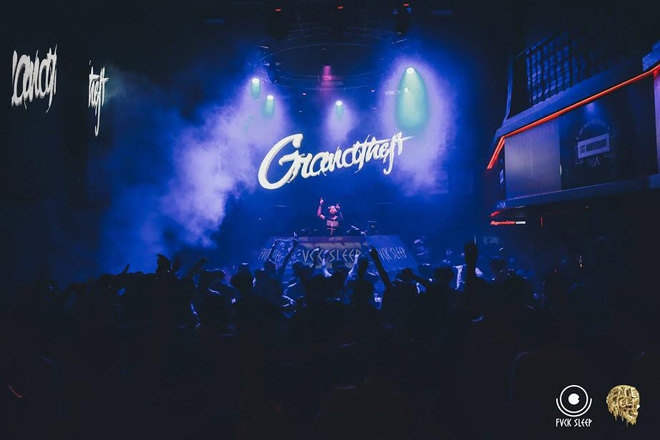 Your beginnings are in hip-hop but now you’re being labeled as playing club music, which is hard to define. It sounds like you’ve tweaked what is the norm and made it into your own defining sound, but how would you put it into words?

My roots are in making all kinds of music. When I started making beats, I was in high school and was into rap, dance music, UK indie rock stuff, and all kinds of other music. I got my start in college making beats for rappers and deejaying in clubs, but always made music for the club and for my sets. I make a lot of different types of music still to this day but would describe my songs as a journey. All my songs have peaks and valleys and usually there is an element of surprise. My live sets are similar in that they are eclectic and take people to a lot of different places musically.

As for artists you collaborate with or remix, you’re all over the grid and there doesn’t seem to be one formula or style you aim for. How do you choose the artists you work with and do you wait for something to jump out at you or do you have an idea and go looking for it?

I don’t have any one way of working. Usually with bootlegs and edits, I am inspired by a song and want to make it into something that suits my live sets. Sometimes I share those edits online but most are exclusive to my sets. Most of the official collaborations you have seen from me are with good friends and represent a really fun time making the records in the studio in real life together! I love making all different tempos and kinds of music and really enjoy collaborating with different kinds of artists. I spend a lot of time producing on my own and I love it but the process of collaborating in the studio with other talented artists and producers is super fun, inspiring, and usually a learning experience.

For Canadians artists, it’s the moment they finally get gigs in the US that is considered their breakthrough moment. Why do you think Canada is taken less seriously as far as music goes and how hard was it to get those first US gigs?

Certainly for Canadians and within the Canadian industry, this is true. Breaking in the US is definitely important for most Canadian artists but some break first in Europe or elsewhere. Less than two years ago, my music begun to get traction in the US and I signed with an amazing agent – Hunter Williams at CAA. As my music has gained popularity stateside, Hunter and my management team have done a great job in building me up there.

You’ve scored yourself a much-coveted Las Vegas residency. What’s this experience like and what is the most unexpected and unassuming thing you’ve learned from it?

The experience has been great. I love playing there at Surrender / Encore Beach Club. The hotel is amazing and the crowds are fun. I have learned that it is different from all my other shows where I play mostly my own music for mostly my fans. People go to Vegas more to have the best time ever and not as much for the music. But I don’t mind deejaying my ass off for party people. It’s different than my other shows and it’s fun to me! It keeps me on my toes in terms of staying up on new music and on how to read a crowd and really DJ.

The influx of DJs nowadays is akin to a puppy mill, everyone is doing it but few are making it. You are well known for your productions as well as your deejaying, so how important do you think producing is to deejaying and vice versa?

They are two totally different and kind of opposite activities for me. Equally important! Producing is something I do by myself for hours on end and is very antisocial. Deejaying is a whole other thing but something I also take seriously. I want to give people the best show I can, every time I step on stage. Learning to DJ is way easier than learning to produce but learning to do either at a high level takes a lot of time. There is no way around that. I have put in well over my 10,000 hours in both.

As a DJ who for the most part has a quintessential North American style and sound, what’s the most challenging thing when it comes to playing for foreign audiences?

I didn’t know what to expect but in recent shows in Barcelona, Paris, Ministry of Sound in London, and an Australia/NZ tour, my music was really well received! All shows were crazy. I think my varying sound acknowledges a lot of different tropical and UK flavours as well as dancehall and rap. I am also influenced by many other Toronto and Canadian artists. I haven’t been back to Asia in a few years. This is my first extensive tour there and I am excited to see the reaction in some of thee new places.

Outside of the studio, what’s your most unforgettable memory of working with Diplo and his Mad Decent label mates?

All the Mad Decent block parties I got to do have been insane this year. We had a wicked time in Vegas for the Mad Decent Block Party and the huge Brooklyn show at Coney Island and the after party at Webster Hall was really crazy too.

How did you end up connecting with A-Trak and working with Fools Gold? Did you guys party together in Canada?

I have known A-Trak since back in the day in Montreal. He is an amazing DJ and has been an inspiration for a long time. I remixed Tuna Melt for him, which came out on Fools Gold a year and a half ago.

A lot of international DJs often praise Montreal as the European capital of Canada as far as the music scene goes. What is about Montreal’s DJs and parties that give it that buzz? Would your bar – Blue Dog Motel – have worked in any other Canadian city?

Montreal is SUCH a fun city. It’s really easy to have a good time there. It has a crazy culture of illegal loft parties and afterhours clubs and is always on the cusp of new electronic sounds. It’s way ahead of the curve usually. It’s totally different from anywhere else in North America. I think Blue Dog would work elsewhere though, it is a really fun small music spot that houses a lot of awesome local DJs/sounds as well as international underground talent.

Now that you’ve made that jump to Toronto, what’s your favorite spot for food and drink there?

Smalltown Food Co. and Yours Truly are a couple neighborhood faves for food in the west end. There are a 1,000 new good little bars in my hood too, a lot happening here. Hoxton is the spot where most of the good electronic shows happen.

What’s the most shamefully Canadian thing you cannot live without when at home and not touring?

Bloody Caesars (with a splash of beer). And Drake.

What’s on your list of things to do in Asia while on tour?

Survive. I have like 8 shows in 11 days in different cites. And eat. As usual, I am trying to eat all the good food.