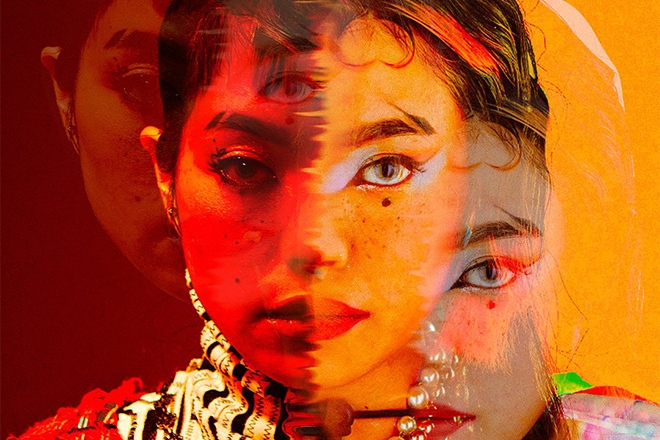 Touted as Asia’s next major break-out artist, Pyra has already racked up plenty of musical accolades to position herself on as a creative force with plenty of stories that run deep. She directs her own videos, visuals and costumes, books her own tours and raises funds for her EPs — and she’s now also signed to Warner Music.

Her latest singles ‘dystopia’ and ‘plastic world’ are powerful messages with a multitude of musical dimensions thrown in — think Bjork meets FKA Twigs. ‘plastic world’ touches on consumerism, excess and greed, and all the superficial insignificance that overshadows our modern world. And while not stepping much further from that hot matter, ‘dystopia’ dives into a darker realm that explores societal imbalances and malpractices, which leads her to taking on introspective scrutiny about the challenges of depression.

The young Thai artist became the first from her country to perform at Burning Man in 2018, a more than an ideal ground to showcase pure and liberal artistry. The following year in 2019, she was claimed as the Favourite Act at Bangkok Music City in Thailand, and also the Best Act of Zandari Festa in Korea, as well as replacing female DJ duo Gioli & Assia earlier this year at Singapore’s Garden Beats festival. She’s already become a crowd favourite after touring across Asia and racking up new fans in Japan, Taiwan and Vietnam, not to mention her homeland Thailand.

Pyra’s latest singles are audibly distinct, but craftily bound by detail of the subject matter. And coming back to the topic of her multidisciplinary approach, she’s also produced two monologue versions of the singles, which she’s subtitled as ‘badtime stories’ and you can check them both out below, and then watch her official video after.

Pyra ‘plastic world’ and ‘dystopia’ are out now on Warner Music, have a listen below.