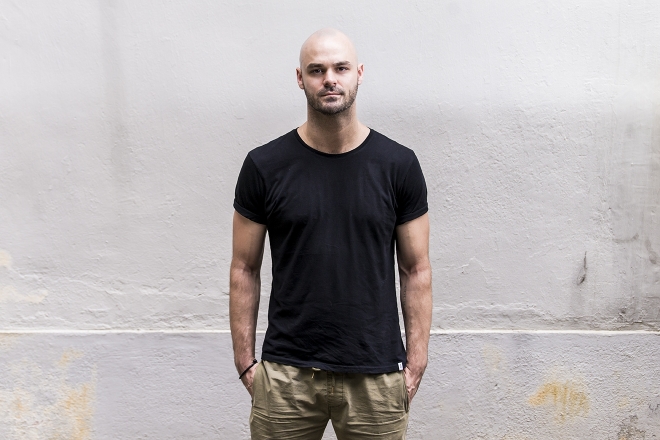 This week is Earth Week, with Earth Day falling this Thursday. For those that don't know, Earth Day was founded as an annual event to exhibit our support for environmental protection and remind us of the impacts our behaviour as a society is having on the world around us. With the planet having raced past multiple environmental impact metrics, the time is now for us to course correct. Never has there been a more imminent time to spread this message and reach as many people as possible. Music has always been a voice of the revolution, an art form by which artists can communicate ideologies and messages to a wide-ranging audience — think Public Enemy's 'Fight the Power' or Rage Against the Machine's 'Bulls on Parade' as examples. In a timely fashion for Earth Day, Oliver Osborne has returned to us with his own message in a new single titled 'You Can't Hide' via his Eyes To The Front Imprint.

Oliver Osborne has come a long way since producing music on his Atari game console at the young age of 15. Currently acting as an advisor for a sustainability enterprise, the issues of climate change have been a recurring theme for the producer in his daily life for some time now. What he's witnessed has been harrowing, to say the least. "With the world having screamed past various potentially irreversible climate milestones, it is very much crunch time in terms of course correcting and having a livable world to hand down to our children," he said to Mixmag Asia,

Osborne describes the climate epidemic in comparison to a work project, being so close to the approaching deadline that every moment is focused spent addressing the task at hand. The moment can therefore be liberating, as it requires a level of monotasking we rarely achieve. In Osborne's own words, "we rarely get to enjoy that level of focus and clarity in our highly connected modern lives."

'You Can't Hide' is a sharp ensemble of cymbals, chimes, clips, clacks, cracks and claps. Layers upon layers of percussive features have been carefully arranged over the top of each other creating an endless world of rhythm's to move your body to. One could get absolutely lost in the depth of the drum sections was it not for the heavy bass line that centres the ensemble. The breakdown features a wildly entertaining hand drum solo that pans from left to right before refocusing in the middle for the song to continue. Throughout the track, the lyrics 'You Can't Hide' are featured again and again, as a subliminal reminder of the consequences mankind is set to face if we do not rapidly and aggressively change our behaviour in regards to our impact on the environment.

Eyes To The Front has always focused on unearthing new talent, the label has released a wide spectrum of genres over the years including downtempo, disco, subgenres of house and even heavy techno bangers. This 'dope is dope' mentality has helped shape the imprint's catalogue since its inception in 2016. "No genre is off the cards unless it’s shit," says Oliver. Osborne has been riding a wave of success with his music being championed around the globe by reputable acts including &ME, Rampa, Stefano Noferini and Culoe De Song to name a few. 'You Can't Hide' should slide in nicely among the other releases in his catalogue and hopefully generate some awareness among its listeners of the impacts their choices are having on our planet. Now is the time.

As Oliver puts it, "We can't hide from the truth any more, and in its singular potentially catastrophic importance, we are freed from the burden of prioritization."