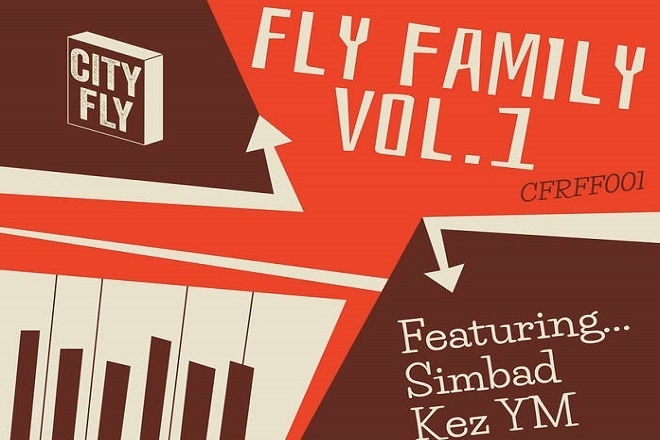 Respected label City Fly has been steadily releasing deep house fire for the best part of a decade, with a back catalogue including work from Red Rack'em, Thatmanmonkz, Flori, Marlow, and label boss Jonna among others.Their forthcoming 'Fly Family Volume 1' compilation features tracks from two Japanese artists which we are thrilled to premiere here.

The album also contains work from a host of luminaries from the worldwide underground, including Simbad, Lay-Far, Javontte and Felipe Gordon, with music ranging in theme from jazz-inspired hip-hop to heads-down, late night club tracks.

Representing Asia in full force are Japan's Kez YM and Jank, with the pair's contributions forming two of the highlights of an excellent release.

Now based in Berlin, City Fly regular and seasoned producer Kez YM has released a stream of well-regarded house and disco-inspired cuts on labels including Yore, Deep Explorer, Faces, and Gerd's 4Lux imprint. Here, his 'Enforce & Tempered' track has an urgent feel. Busy snares slice up the rhythm as minor chords blanket the deep and bouncing square wave bass. This is dusty deep house that's jacking enough to move bodies.

Jank started out his musical journey as a guitarist before progressing into the realms of Detroit house, thanks to the inspiration he found in the work of genuine legends Moodymann and Theo Parrish. He's previously released on Mysterious Works, and Boogie Cafe. The low-slung groove of 'Mine' rolls at a mellow yet determined pace, soulful vocal samples are chopped up and repurposed over the dreamy chords and shuffling drum track. This is heads-down house for the back room.