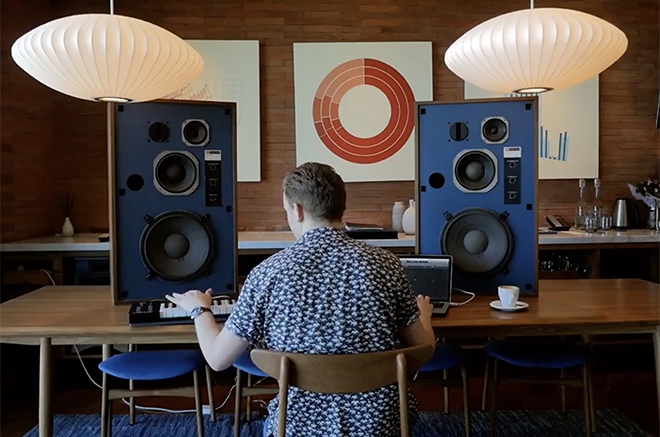 On what is arguably one of the most inspiring island's in the region, the Katamama Hotel in Bali is the latest addition to the Potato Head family and is one of the most exciting additions to Bali's legendary beachfront sunset strip. It's also situated right next to the iconic Potato Head Beach Club making the hotel a hotbed for artists visiting the area.

Besides providing accommodations that look like a visit to Architectural Digest's headquarters, the family at Potato Head wanted to offer more to the creative community and came up with the Creator Series, a new initiative where they invite artists from all disciplines to stay at Katamama to create music, art or work on social projects.

To help them launch the series is Disclosure, who played Sunny Side Up Tropical Festival at neighboring Potato Head Beach Club last August and were so enchanted and inspired by Bali, the hotel and the whole Potato Head family that Guy Lawerence came back to make music.

Knowing that Guy was so smitten with Bali, they wanted to motivate him even more to create and set him up with a home away from home that overlooked the ocean and was surrounded by sacred Balinese bricks. To add to that, they transformed The Katamama Suite into a music studio, complete with vintage monitors and a simple setup.

It turned out Guy was so inspired that actually had to stop himself from making music and find time to relax.

While there he also played a few spontaneous house and disco sets at Potato Head Beach Club which included a back-to-back set with Jackmaster. He even compared the vibe in Bali and at the beach club to Ibiza saying there was “a very big synergy between Ibiza and Bali, it’s very magnetic. As soon as you land you feel very calm."

Check out the first episode of the Creator Series with Disclosure below.

The Katamama is an artisanal boutique hotel that just opened last year in Bali and is the stuff a designer’s dreams are made of. Everything in the hotel right down to the bricks that make up its foundation is either locally handmade or handpicked. The hotel's striking design blends traditional Balinese culture with contemporary craftsmanship and features both an incredibly popular in-house Australian Spanish tapas restaurant called Mo Vida as well as a “center for mixology” (a bar boasting strong ass craft cocktails) in the lobby. The rooms also feature in-room craft cocktail bars so you can try your hand at cocktailing or call a bartender up to your room. 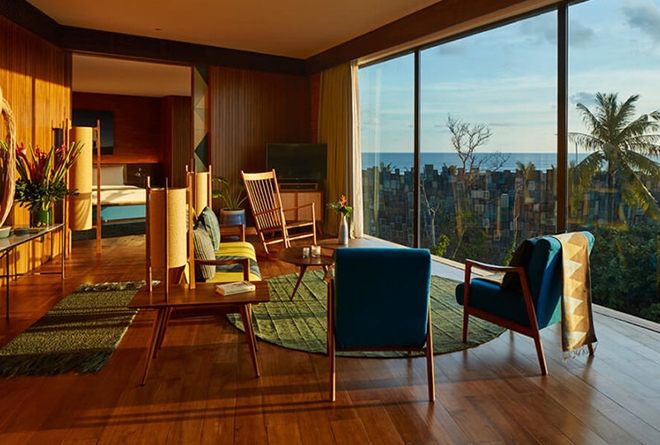 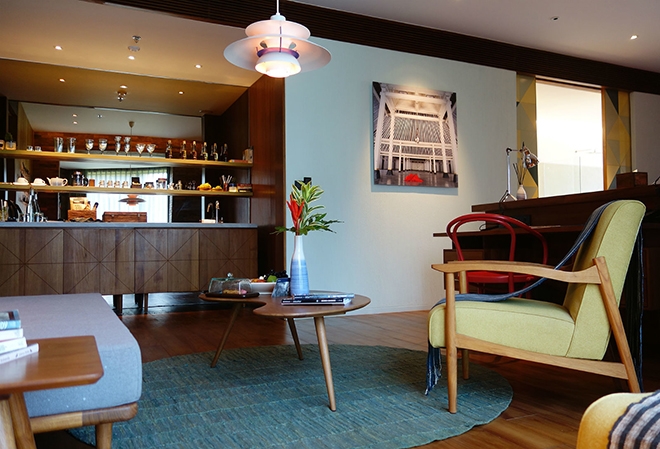